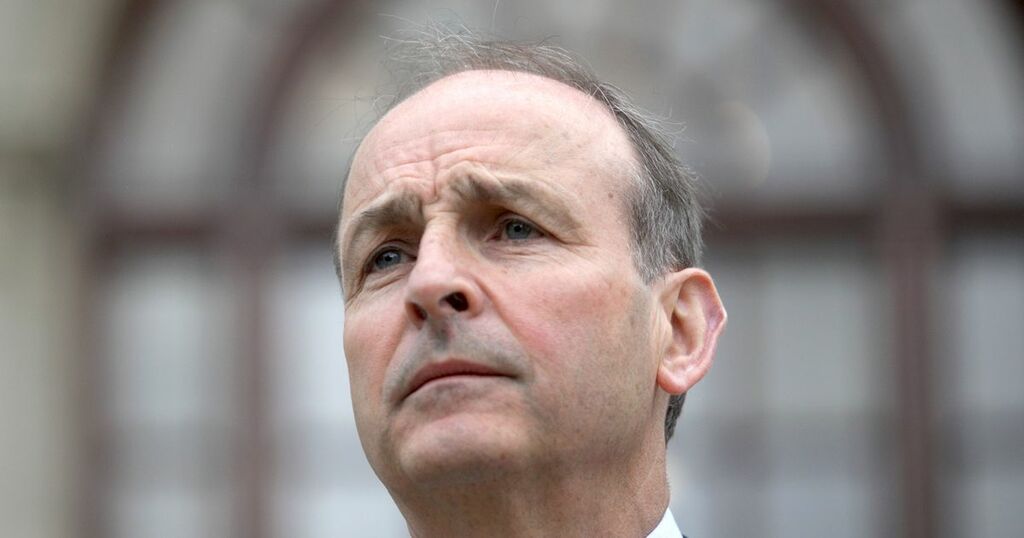 Taoiseach Michèal Martin has said that Katherine Zappone was "seeking a role clearly" during her text exchange with Simon Coveney.

Foreign Affairs Minister Coveney has come under intense pressure in recent weeks over the controversial appointment - which will see Sinn Fein table a motion of no confidence in him next week.

But speaking from a Fianna Fail party think-tank in Cavan, Mr Martin explained why he didn't reject the proposal for her to be appointed as a special UN envoy at the Cabinet table when it was proposed by his Fine Gael Government colleagues.

"At the time, I did put down a mark and made it clear that these kinds of recommendations needed to be flagged with the three party leaders, that's the process that's in play, but the more fundamental issues at that meeting, actually with 41 items on the agenda, was the National Development Plan, to get that through," the Taoiseach told Newstalk Breakfast.

"That was the reason if I'm honest. I think it was wrong. I think that perception is important in public life. The Minister has apologised to me for not alerting us and the Tanaiste has agreed that it won't happen again."

During a separate interview with RTE, the Taoiseach said that he expects his party members to stand by Mr Coveney, stating: “The rules of the party are clear."

"Are we seriously suggesting that the appointment of a part-time envoy in itself justifies a vote of no confidence in a minister? I think that's not proportionate or balanced.

During the interview, Mr Martin stated that while the process regarding Ms Zappone's appointment was wrong, there does need to be some perspective too.

"But there does need to be perspective and balance as well, we're talking about a part-time envoy to the United Nations," he said.

"The position I took on was I flagged, that there must be some necessity that there would be proper flagging of these appointments to the government.

"But in my view, it wasn't of the highest order that day and given everything else that was on the agenda that day, my focus was very much on the bigger items that were on the agenda, particularly the national development plan, Covid restrictions, and the vaccination decisions that had to be taken at that particular time. This was something that shouldn't have happened and it has caused unnecessary challenges for the government."

Earlier this week, Minister Coveney denied that he offered Ms Zappone the job months before the Government granted its approval.

At an appearance before the Oireachtas Committee on Foreign Affairs on Tuesday, Mr Coveney also rejected claims that Ms Zappone lobbied for the position or that he breached Freedom of Information legislation by deleting texts between himself and Tánaiste Leo Varadkar.

Speaking about the issue today, the Taoiseach said: "She's seeking a role clearly. I would say that she was offering her services and he felt that he went to the Secretary-General and his view was that she could be of use to the country, given her experience.

"My position on it is that we do need to do a full review on envoys because there were envoys appointed in the past but there wasn't the same furore about them which kind of intrigues me. Politicians were appointed as envoys in the past and not a dickie bird was said about it. My point is that we do need to review it but I think our diplomatic service is very strong."