The striker swapped Chelsea for Serie A last summer to spearhead Jose Mourinho's new project in Rome, having found minutes hard to come by at Stamford Bridge.

Abraham signs off for the season with 27 goals, nine of them in Europe, as Mourinho became the first manager to win five European trophies by beating Feyenoord.

For the 24-year-old, his first European trophy is the culmination of a season of hard work which began with a promise.

"One thing I said when I came here was I was going to help the team get to the final and one day I want to win a trophy. In my first season I have achieved that," Abraham told BT Sport.

"Credit to my team-mates, excellent performances. We deserve it. We have worked hard all year.

"I love them (the fans). From day one I came here it has been the best. We are champions, I am happy to be a part of the team, now it is time to celebrate and enjoy." 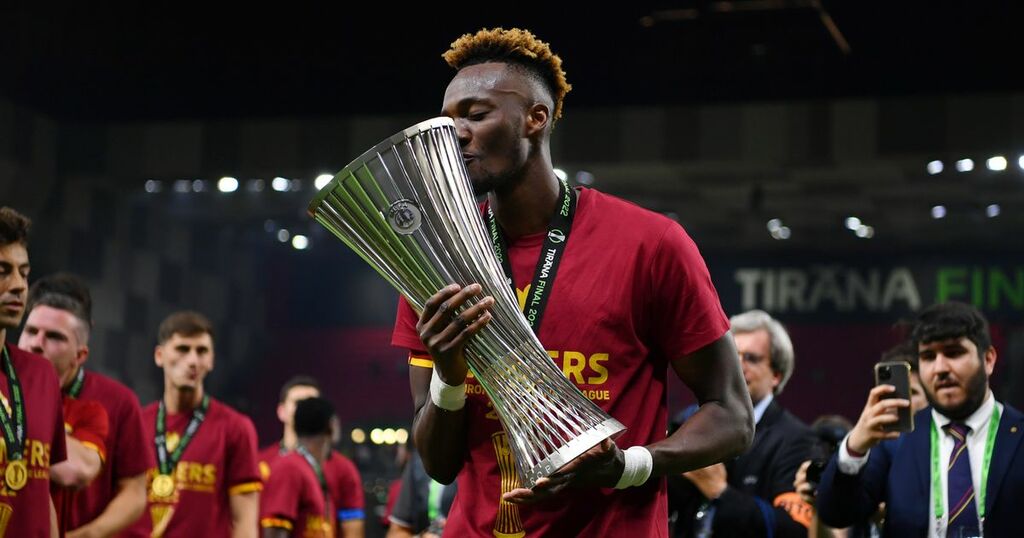 Tammy Abraham fulfils Roma promise after Europa Conference League triumph
Tammy Abraham made a summer switch to Roma and set out to win a trophy with the Italian side, which…

When Jose Mourinho was seeking to persuade Tammy Abraham to join Roma last summer, he offered him a straight choice…

Nicolo Zaniolo scored the only goal of the game in Tirana.