An AFP correspondent filmed the Taliban flag flying over the police HQ in Herat, while the insurgents tweeted "the enemy fled...Dozens of military vehicles, weapons and ammunition fell into the hands of the Mujahideen".

Further details of the Taliban's presence in the city were not immediately available, but it has been under siege for weeks.

Herat -- about 150 kilometres from the Iranian border -- is home to veteran warlord Ismail Khan, who for weeks has been rallying his forces to make a stand against the Taliban.

Earlier, the interior ministry confirmed the fall of Ghazni, which lies along the major Kabul-Kandahar highway and serves as a gateway between the capital and militant strongholds in the south.

"The enemy took control," spokesman Mirwais Stanikzai said in a message to media, adding later the city's governor had been arrested by Afghan security forces.

Pro-Taliban Twitter feeds showed video of him being escorted out of Ghazni by Taliban fighters and sent on his way in a convoy, prompting speculation in the capital that the government was angered with how easily the provincial administration capitulated.

As security forces retreated across the country, Kabul handed a proposal to Taliban negotiators in Qatar offering a power-sharing deal in return for an end to fighting, according to a member of the government's team in Doha who asked not to be named.

A second negotiator, Ghulam Farooq Majroh, said the Taliban had been given an offer about a "government of peace" without providing more specifics.

Authorities in Kabul have now effectively lost most of northern and western Afghanistan and are left holding a scattered archipelago of contested cities also dangerously at risk.

The conflict has escalated dramatically since May, when US-led forces began the final stage of a troop withdrawal due to end later this month following a 20-year occupation.

The loss of Ghazni piles more pressure on the country's already overstretched airforce, needed to bolster Afghanistan's dispersed security forces who have increasingly been cut off from reinforcements by road.

Pro-Taliban social media accounts also boasted of the vast spoils of war their fighters had recovered in recent days, posting photos of armoured vehicles, heavy weapons, and even a drone seized by the insurgents at abandoned Afghan military bases.

In less than a week the insurgents have taken 10 provincial capitals and encircled the biggest city in the north, the traditional anti-Taliban bastion of Mazar-i-Sharif.

Fighting was also raging in Kandahar and Lashkar Gar -- pro-Taliban heartlands in the south.

The blast forced local police to retreat to the governor's office, while around 40 of their colleagues and one senior commander surrendered to the Taliban.

And in Kandahar, the Taliban said they had overrun the heavily fortified jail, saying "hundreds of prisoners were released and taken to safety".

The Taliban frequently target prisons to release incarcerated fighters and replenish their ranks.

The loss of the prison is a further ominous sign for the country's second city, which has been besieged for weeks by the Taliban.

Kandahar was once the stronghold of the Taliban -- whose forces coalesced in the eponymously named province in the early 1990s -- and its capture would serve as both a tactical and psychological victory for the militants.

Hundreds of thousands have been displaced by the fighting that has enveloped the country.

In recent days, Kabul has been swamped by the displaced, who have begun camping out in parks and other public spaces, sparking a fresh humanitarian crisis in the already overtaxed capital.

In Washington, defence officials appeared to be grappling with the spiralling situation but insisted that Afghan security forces were still holding their ground.

"What we're seeing, a deteriorating security situation, we've been nothing but candid about that," Pentagon spokesman John Kirby told reporters Wednesday.

"But there are places and there are times, including today, where Afghan forces in the field are putting up a fight." 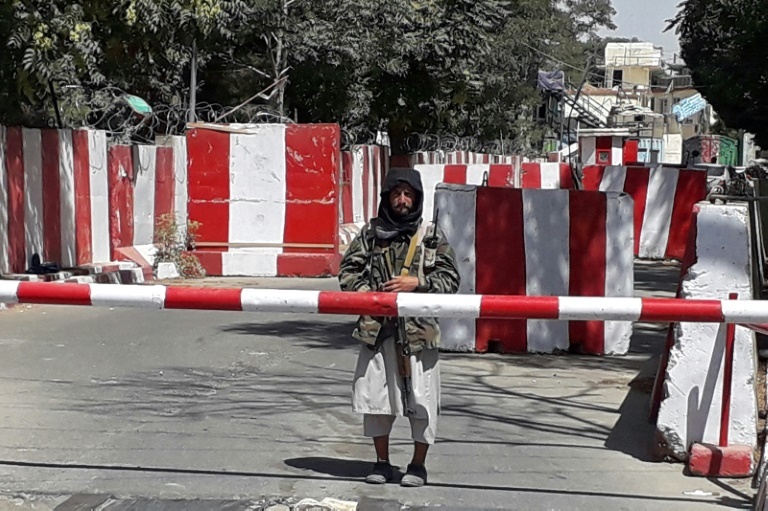 Herat (Afghanistan) (AFP) - The United States said Thursday it will send troops to evacuate embassy staff from Kabul, as…