Taiwanese Students Are Curious. Can Their Schools Be As Well? 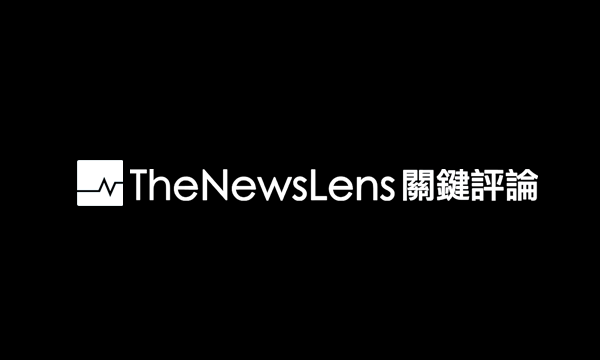 The shrill calls of the alarm disperse the remaining tendrils of sleep from Stanley Hung’s mind. 6:00 a.m. The sun has barely begun to spill through the windows, barely lighting up the grey Taipei sky. He quickly packs his books, eats his breakfast, puts on his uniform, and boards the MRT. He wants to sneak an extra 20 minutes of sleep, but taking a look around the train and at his fellow students with their heads buried in their books, he decides to take out his notebooks, too. This is a typical morning for a Taiwanese high school student.

This strict schedule of studying will continue until 5:00 p.m., when most public schools end school hours. With nine hours of school, Taiwan has one of the longest school days in the world. With the demanding schedule and rigorous curriculum in preparation for university applications, many students report feeling stressed or deprived of their free time. For many, Taiwan’s education system focuses on rote learning, instead of critical thinking and self-directed education.

Janice Yeh, a recent graduate of Zhongshan Girls High School, a highly ranked public high school in Taiwan, said, “I consider the education system in Taiwan as more conservative rather than progressive, because instead of focusing on proactivity, it focuses on reactivity. The information that students acquire isn’t done so by themselves, but instead, they are spoon fed the information, which is harmful.”

Under this education system, some of Taiwan’s youth have decided to study abroad due to their aversion towards Taiwan’s exam-focused education. Out of the 587,554 students in the graduating class of 2019, 41,559 students, or 7% of all, have decided to do so. The number has been growing, as the number of students studying abroad has increased by roughly 23% since 2010, according to data from the Ministry of Education and the Department of Statistics under the Ministry of Economic Affairs.

“I really dislike the test taking curriculum for the national program,” said Hung. “Everything is about grades and numbers that determine your life.”

These students hope to see schools lead more self-directed learning and develop their critical thinking skills. Changes have been gradually made to Taiwan’s university admission system, but some students still feel that to get into a good university, one should focus on scoring good grades in preparation for the college entrance exam.

“They do a terrible job at training those abilities,” said Hung. “They just give you a bunch of test papers, expect you to get a perfect grade, and nothing else.”

Yeh, who has gone through a program at her high school which requires students to conduct self-directed research under the guidance of a teacher, felt that such opportunities should be more widely-offered to Taiwanese high school students. Taiwan’s exam-focused teaching discourages students from exploring their interests.

“I feel like with these types of assignments, I can learn information other than what’s specifically taught in the course,” Yeh said. “If something interests me, I can explore it further by myself, either through the coursework or after class.”

However, with the decades-long influence of more traditional styles of learning, the government, schools, and students will all have to dedicate themselves to change.

“Currently, the public education system and the education system in general is not doing enough to foster these projects and research skills,” said Yeh. “It is partly because these courses require a lot of work on the school’s part because they have to truly prepare the students for this type of work.”

Taiwan’s secondary schooling system, with its heavy control over both its students’ academic coursework and their time, do not allow enough flexibility for students to do anything else. They sometimes lose sleep.

“I don’t think I have enough time at all,” said Yeh. “The only way I can fix that is by sacrificing my sleep.”

In many private schools, such as that of Hung’s, students are required to stay at school until 9:00 p.m. for self-study, totaling to about 14 hours of school a day. He said that the majority of his classmates get about five hours of sleep during school days, while Yeh said that she got around six hours, which she said was the average among her classmates.

But it is not entirely the schools’ fault that students don’t have much free time. Students, sometimes under their parents’ coercion, go to cram schools to catch up on the courses that they are falling behind on or to gain an advantage over their classmates.

“In the national track, everyone goes to cram school,” said Hung. “It is necessary in the Taiwanese education system, because [it] is focused on tests, and cram schools are designed to help you do better on tests.”

Another reason for the popularity of cram schools is parents’ anxiety that students will not be productive during their free time. According to both students, their parents’ concerns are somewhat justified. But they both expressed that it is still necessary for adolescents to learn how to manage their time efficiently without having a rigid schedule to follow.

To encourage the younger generation to work hard under these conditions of stress, teachers and parents often tell students, “If you study hard during high school and get into a good university, you’ll have fun then.” Yeh said that, even when she was a junior-high student, she was constantly motivated in that way to study for the high school entrance exam.

This way of thinking can be potentially harmful to the quality of education for university students, and even further, the quality of Taiwan’s modern workforce. In recent years, Taiwan’s government has been trying to improve the national curriculum to value soft skills, not just the ability to score well in exams. The new 108 Curriculum includes many new elective courses, encourages self-discovery and exploration, and introduces new ways to be admitted into a high school and university.

Although this change is a step in the right direction towards more flexibility in Taiwan’s education system, more changes are still needed to secure the best possible future for Taiwan’s students.

“Many of my teachers and classmates have said that the government pushed out this program too quickly, and that there are still many improvements necessary,” Yeh said.

Ashley C. is a Taiwanese student journalist. In her free time, she plays the piano and listens to indie music.

READ NEXT: How Taiwanese International Students Are Making This Semester Normal