A few days ago, an Arab official asked Russian Foreign Minister Sergey Lavrov about the secret behind the unique cooperation between Russian President Vladimir Putin and his Turkish counterpart, Recep Tayyip Erdogan.

Putin believes that Erdogan keeps his promises despite all the difficulties, competition, and the history of hostility between Moscow and Ankara.

Turkey's military influence spans several arenas, including Libya, Nagorno-Karabakh, Ukraine, and Syria. This made Putin think there was a possibility to find formulas for cooperation with Erdogan.

The latest sample of "hostile cooperation" between Russia and Turkey has to do with Erdogan's plans for a military campaign in northern Syria against the Kurdish People's Protection Units (YPG), the central pillar of the US-backed Syrian Democratic Forces (SDF).

Despite Erdogan's repeated threats and the military readiness of the Turkish army and Ankara loyalist factions in Syria, the cross-border military campaign promised by Turkey has yet to start. This is simply because Moscow still has not green-lit the operation.

All Turkish forays into Syrian territory in 2016,2018, 219, and 2020 were carried out by virtue of Russian-Turkish understandings.

On the sidelines of a tripartite summit with the Iranian president in Tehran and at a bilateral meeting in Sochi, Putin informed Erdogan that matters were different this time.

First, Russia would permit the expansion of drone strikes against the leaders of the Kurdistan Workers' Party (PKK) or the YPG, which Ankara says are linked to the PKK, rather than a military incursion.

Instead of warranting a ground invasion and a direct clash with Syrian and Kurdish forces, Russia's missile systems would allow for Turkish drone strikes. To date, Kurds are talking about the targeting of leaders that don't belong to the PKK.

Second, Moscow would host a series of senior security meetings between Turkish and Syrian officials to investigate the possibility of fulfilling Turkish demands without Ankara having to carry out a ground invasion of Syria.

True to that, the Russian capital hosted those meetings over the past few days.

Third, Moscow is promoting renegotiating the 1998 Adana Agreement between Ankara and Damascus.

Russia wants to help the two countries sign a second version of the Agreement to reflect the new Syrian reality and allow for Syrian-Turkish security coordination.

According to Russia, this will ultimately aid Syria and Turkey in ensuring border security and future political cooperation. It would also allow for the two countries to combat terrorism without clashing.

Fourth, Russia is pushing for Damascus and the SDF to cooperate by conducting military coordination and joint maneuvers.

Boosting SDF-Damascus cooperation will set the foundations for the Syrian army to spread in areas of influence east of the Euphrates; continuing incrementally until Damascus has the upper hand over the SDF.

Nevertheless, this is all pending the US withdrawal from northeastern Syria and the "dismantling" of the military presence loyal to Washington.

In a nutshell, Russia is looking to get the SDF to switch its allegiance to Damascus and allow the Syrian army back to the east Euphrates region.

Fifth, there is a possibility of Russia allowing a limited Turkish military operation in Tal Rifaat in the countryside of Syria's Aleppo governorate. The restricted campaign would aim to neutralize the threat of missile platforms attacking the Turkish army and its loyal factions in Afrin.

But the date of such a surgical operation is tightly linked to other Turkish affairs such as elections, and understandings between Moscow and Ankara regarding other files, including the Ukrainian "grain deal."

It may also be tied to the outcome of US-Russian wrestling on the political track in Geneva.

After Moscow insisted that the Syrian Constitutional Committee's assembly not be held in Geneva, Washington is working on hosting a political meeting on Syria in Geneva early next month.

For Tehran, its close ties with Damascus prevented it from supporting Erdogan's venture.

As for the US and the West, they rejected Turkey's operation on the grounds that it would lead to a decline in the SDF's involvement in the war against ISIS.

Indeed, Ankara has heard Washington's warnings, especially since it threatened sanctions that Erdogan does not want with elections approaching.

Washington has no objection to Moscow achieving security, political, military, and economic arrangements between Damascus and Qamishli.

With the civil war and the Rojava conflict in 2011, the city of Qamishli grew into a significant political role, being the de facto capital of the Kurdish Autonomous Administration of North and East Syria.

US officials always remind the Kurds that their military presence in Syria is not eternal.

Despite rejecting the Turkish cross-border operation, the US failed to provide the Kurds with an umbrella against Turkish drone attacks.

Washington's inaction reminded the Kurds of previous US "betrayals" in the Middle East, like their sudden withdrawal from areas east of the Euphrates at the end of 2019. At that time, the Kurds rushed to cooperate with Damascus under Russian sponsorship.

Will the US and Russian "betrayals" pave the way for the Kurds to Damascus? 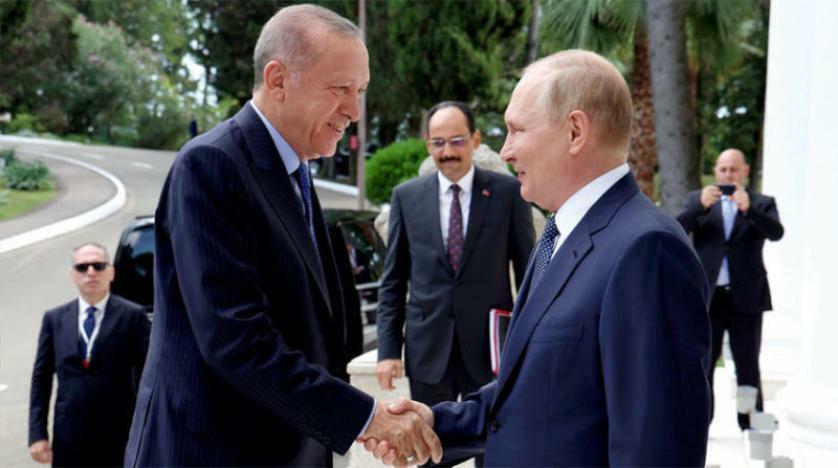 Asharq Al-Awsat
From analysis to the latest developments in health, read the most diverse news in one place.
Erdogan: Sochi Talks with Putin on Syria Will Bring Relief to the Region

AFP
One place to find news on any topic, from hundreds of sites.
Turkey's Erdogan due in Russia to 'sound out' Putin on Ukraine and Syria