The NSW State Emergency Service has issued dozens of flood evacuation orders and warnings in response to torrential rain hitting the state.

Conditions are expected to deteriorate over the next 24 hours, with the Bureau of Meteorology (BOM) warning that the east coast low will continue to develop off the coast.

Areas from Batemans Bay on the South Coast, to Newcastle, north of Sydney, are expected to be impacted.

Where are the evacuation orders?

For a full list of details, head to ABC Emergency or the NSW SES.

What is the forecast?

The east coast low is expected to deliver more heavy rain in the next day or so.

"For the Sydney area, we can expect more heavy rain today, particularly out towards the Blue Mountains and the Western Sydney area over the Hawkesbury-Nepean complex," meteorologist Jane Golding said.

"And we can expect more heavy rainfall to affect the Central Coast and other parts of the Hunter district today."

"We will also see thunderstorms develop," she said.

"We are also expecting to see an increase in the wind. So, that means trees down. We have already seen some damage from winds. Trees down, power lines down."

What is an east coast low?

Basically, it's a powerful storm offshore.

They are most common in the autumn and winter and are one of the most dangerous weather systems because they can form quickly over a 12 to 24-hour period.

How bad is the flooding?

NSW Minister for Emergency Services and Resilience and Minister for Flood Recovery Steph Cooke says the state faces a range of dangers.

"We are now facing dangers on multiple fronts," she said.

"So, if you live anywhere between Newcastle and Batemans Bay, please don't be caught unaware by the current weather situation.

"This is a life-threatening emergency situation. If you know your local community is prone to flooding, please be prepared to evacuate and at short notice." 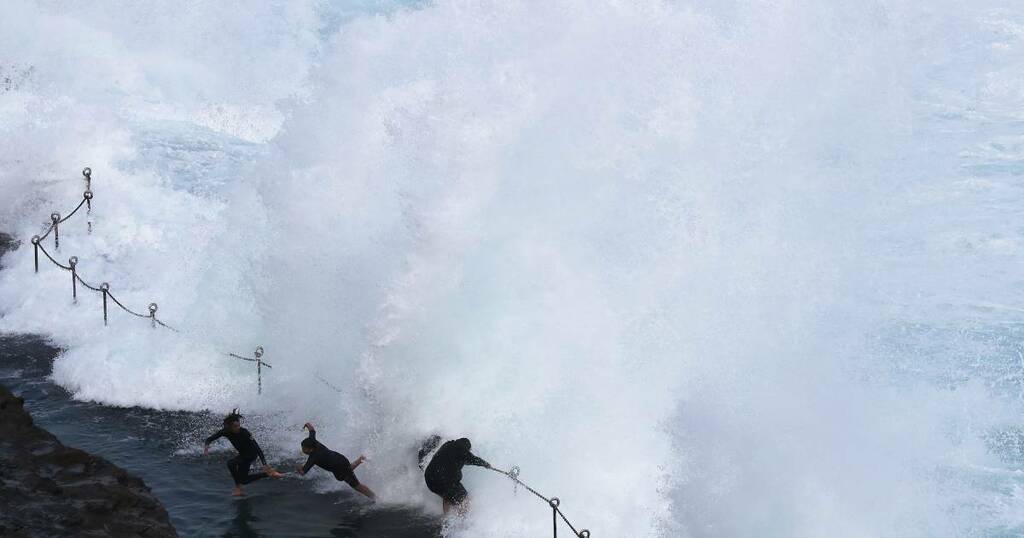 'Worst may be yet to come': Hunter escapes brunt of Sunday's heavy weather
The weather-front battering the state's east coast is forecast to get worse before it gets better, with wild winds, rough…

Newcastle Herald
One subscription that gives you access to news from hundreds of sites
Sydney flooding: communities evacuated and residents rescued as torrential rain batters region

Hundreds of people have been rescued and NSW residents have been warned to avoid travel, with areas stretching from Newcastle…