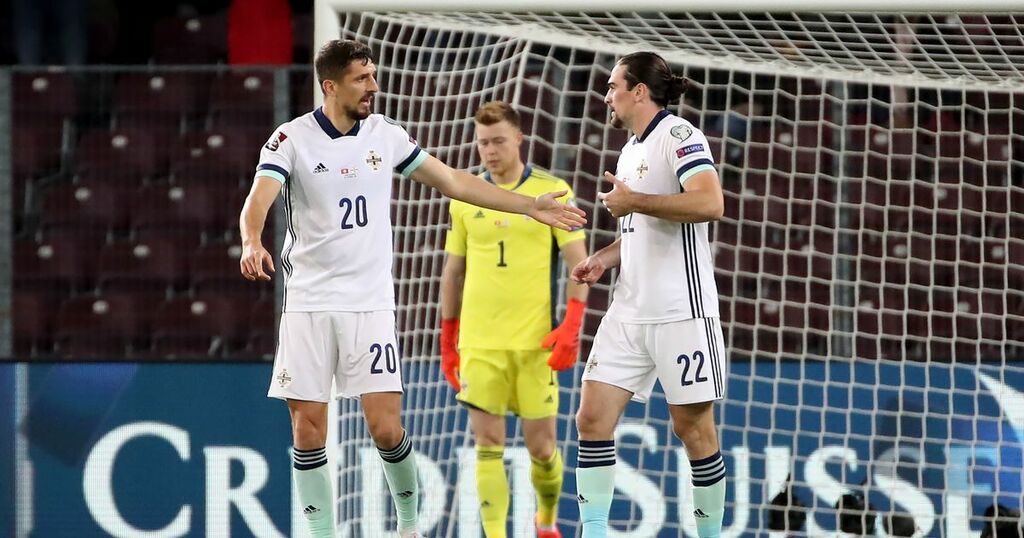 The Swiss claimed a 2-0 win in Geneva in a game that was headlined by Jamal Lewis' controversial sending off after 37 minutes.

Lewis was shown a yellow card for time wasting, his second booking of the game.

Switzerland made the 10 men pay with Steven Zuber scoring the opener in first-half injury time, and Christian Fassnacht adding a second in the 91st minute to complete the win.

“We’re obviously upset by the result and it’s a hard one to take," Brown told Sky Sports.

“We were under the cosh early on and Jamal, I don’t think it warrants a second yellow or a sending off.

“He could have given him a warning, but it is what it is.

“It’s just a shift then trying to hold on and trying to nick something from the game.

“We just couldn’t find that final pass or just that shot on goal to maybe get a draw from the game.

“Jamal wasn’t purposefully trying to waste time. He was looking for an option, feet and back, and maybe didn’t get one straightaway," Brown added.

“I think the referee was maybe just a bit too quick to get his card out, but I’m not a referee and I’m not too sure. I don’t really know, to be honest.

“We were maybe looking for an option that wasn’t there or it didn’t come straightaway. We weren’t purposefully trying to time waste."

The result all but ends Northern Ireland's hopes of reaching next year's World Cup in Qatar.

Their next instalment is Tuesday's clash with Bulgaria in Sofia, followed by two home games against Lithuania and Italy.

Brown said: “We stick together, we have each other’s backs and we just keep fighting until the end.

“Obviously, it’s not ideal Switzerland winning tonight, but it doesn’t mean we’re fully out of it.

“There are good teams in this group that can take points of anyone, so what we need to do is get the most points we can from the next three games.

“Obviously, we also have to hope that they drop points, but we just have to focus on ourselves, try and get the results we can and go from there.