Sweden v Australia — where would you rather be as COVID evolves and spreads? 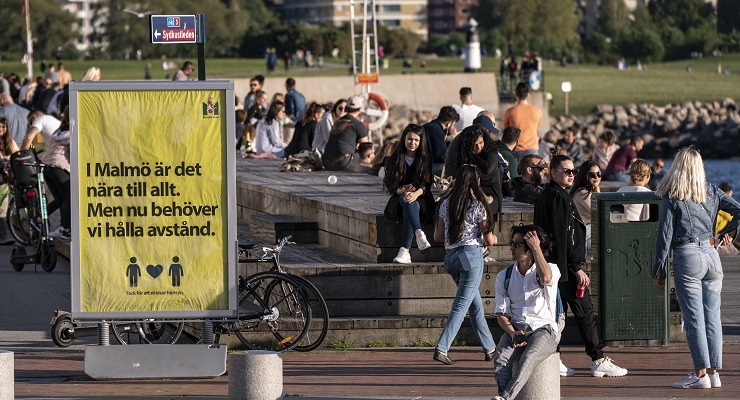 Eighteen months into the COVID pandemic, the outcomes in my mother’s birthplace of Sweden and my birthplace of Australia could not be more stark.

Sweden met the challenge of the virus threat guided by medical advice and a bipartisan and multidisciplinary panel of experts. It is clear its approach has delivered far better results. Today Sweden is thriving and is one of the freest, happiest and healthiest countries.

In comparison, Australia’s rolling lockdowns could be the most damaging public policy mistake since federation. Never has government policy so heartlessly transferred harm from the very elderly on to our children.

Why did Sweden succeed so comprehensively where Australia has failed so dismally? My seven years working at McKinsey & Co taught me a fundamental truth: “What gets measured gets managed.”

In Sweden, policymakers identified what success for the whole of society would look like (short-, medium- and long-term) and then measured their actions. Policies had to be evidence-based and their full costs (societal as well as economic) expressly measured before implementation.

But Australian politicians have not clearly defined what success looks like and therefore have been measuring the wrong things. Narrow epidemiological medical advice has been followed without considering the broader costs and impacts. Politicians have been monomaniacally focused on daily case and death metrics.

Calamitous consequences have been inflicted on Australians.

The rolling lockdown policy is causing cruel trauma to millions of children who need to learn, socialise, play and burn off energy — with an increase in youth suicides, record hospitalisations for self-harm, depression, anguish and adverse educational outcomes. Closing schools is a perverse and unprecedented action with long-term damaging consequences. In Victoria even playgrounds were shut for a time.

We have fought wars against totalitarian regimes for our freedoms, but we have become a dictatorship by stealth under lockdown. Basic liberties stripped away, arbitrary edicts issued, protests outlawed, curfews declared, a “ring of steel” imposed, and the military in NSW engaged to enforce decrees.

Australians are forbidden to leave the country. Society has become so Kafkaesque that Victorians were told not to remove masks when drinking alcohol outside the home.

Whole sectors of the economy have been gutted by the lockdowns causing bankruptcy, ruin and despair. The rest of the economy has been propped up by massive debt stimulus of hundreds of billions of dollars that our children will have to repay in the future.

Prime Minister Scott Morrison says if we had done nothing at all in Australia we may have had 30,000 deaths. To put that in context, about 170,000 Australians die every year, and just under 85,000 hospitalisations are palliative care. The average age of a COVID death in Australia is 86 — four years higher than the average life expectancy — and most COVID deaths also have a serious illness, such as dementia or heart disease.  Many people who are infected never know they have it, and for healthy people under 50 it is often no more dangerous than the flu.

In Sweden, COVID policy was under the leadership of epidemiologist Dr Anders Tegnell, the independent steward of the nation’s health.

All of society’s well-being was considered in policy decisions, not just COVID.  Policy had to be evidence-based. No policy could be implemented without considering the broad costs. Mild physical distancing restrictions were introduced and Swedes were mostly allowed to decide what precautions to take.

There were no border closures; there were no lockdowns. ICU capacity was doubled; hospitals were stretched, but not overloaded. Sweden’s COVID death toll of 0.14% of the population was nearly all people who had a short time to live.  Deaths compare well with the UK (0.18%) and the US (0.21%).

The economy took a small hit but has rebounded and as the rest of the world experiences new surges, Sweden’s weekly average COVID deaths have been zero over the past month.

But most importantly, Swedes maintained all their democratic rights and freedoms. Tegnell declared lockdowns anti-democratic and unsustainable and kept schools open. He was vociferously criticised by experts the world over and at one point even the king of Sweden despaired of his policies.

But his critics focused on COVID metrics only. He acknowledges some mistakes were made, but Tegnell has been vindicated. Sweden is the world’s success story managing the COVID policy trade-offs holistically.

Australian politicians are addicted to tyranny and fearmongering. We must learn from Sweden. Our policies must always be measured by what is good for the whole of society.

End the lockdowns immediately. Restore our rights and freedoms. Stop harming our children and instead protect them.

Should Australia let it rip? Let us know your thoughts by writing to letters@crikey.com.au. Please include your full name if you would like to be considered for publication in Crikey’s Your Say column. We reserve the right to edit for length and clarity.