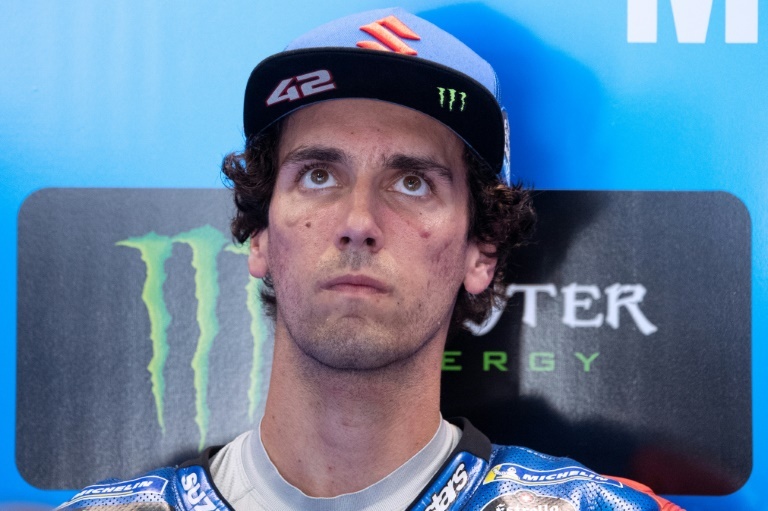 Suzuki in talks to quit MotoGP in 2022: company
Paris (AFP) - Suzuki announced on Thursday they want to quit MotoGP and are holding talks with the championship promoters…

Leading MotoGP riders have offered their views on Suzuki’s shock decision to quit at the end of 2022, with Yamaha’s…

After a week of rumors, Suzuki officially announced that it's in talks with Dorna about the possibility of leaving MotoGP…

RideApart
Get all your news in one place
Latest Sport news:

The Guardian - UK
Read news from The Economist, FT, Bloomberg and more, with one subscription
Learn More
Loeb unsure what to expect from WRC return in Portugal

Tottenham head into the final day of the Premier League season in the driving seat for fourth spot, and the…

Last Monday, following the post-Spanish Grand Prix test at Jerez, Autosport revealed Suzuki management had gathered the MotoGP race team that afternoon and informed it of its decision to quit the series at the end of the current campaign.

This decision from Suzuki, who only returned to MotoGP in 2015, came completely out of the blue and left the team in shock.

In response, Dorna Sports issued a statement which said the marque could not quit MotoGP on its own accord.

All manufacturers on the current grid are locked into a contract with Dorna to compete in MotoGP through to the end of 2026, with Suzuki's shock decision bringing with it legal and economic ramifications.

PLUS: The seismic aftershock left by Suzuki's decision to leave MotoGP

But, in a press release issued on Thursday ahead of the French Grand Prix, Suzuki confirmed financial pressures caused by the COVID pandemic and further hindered by the war in Ukraine has forced it into discussions with Dorna about quitting MotoGP.

“Suzuki Motor Corporation is in discussions with Dorna regarding the possibility of ending its participation in MotoGP at the end of 2022," the statement read.

"Unfortunately, the current economical situation and the need to concentrate its effort on the big changes that the automotive world is facing in these years, are forcing Suzuki to shift costs and human resources to develop new technologies.

"We would like to express our deepest gratitude to our Suzuki Ecstar Team, to all those who have supported Suzuki's motorcycle racing activities for many years and to all Suzuki fans who have given us their enthusiastic support."

Dorna revealed it has "high levels" of interest from independent teams and official factories to join MotoGP in Suzuki's absence.

Suzuki previously quit MotoGP at the end of the 2011 season, having raced full-time in the premier class since 1974. In that time, it won world championships with Barry Sheene, Marco Lucchinelli, Franco Uncini, Kevin Schwantz and Kenny Roberts Jr.

It enjoyed grand prix victories in the four-stroke MotoGP era prior to its 2011 exit, which was prompted by the effects of the financial crisis that struck in 2008.

With MotoGP’s technical rules changing in 2016, amid the introduction of spec electronics as well as concession rules aimed at helping new and struggling manufacturers, Suzuki mounted a full-scale comeback in 2015.

In 2016 it became a race winner again thanks to Maverick Vinales’ storming ride to victory at the British Grand Prix, and in 2020 won its first riders’ championship in 20 years with Joan Mir.

Suzuki made a strong start to 2022, with Alex Rins scoring two podiums and Mir consistently inside the top six as both currently sit in championship contention.

The team had also found a replacement for talismanic leader Davide Brivio, who left ahead of the 2021 season to join Alpine in Formula 1, in the form of ex-Honda and Ducati team manager Livio Suppo.

Suzuki’s decision to quit MotoGP leaves the futures of both Mir and Rins uncertain, though Autosport understands the former will go to Honda to replace Pol Espargaro.

Suzuki in talks to quit MotoGP in 2022: company
Paris (AFP) - Suzuki announced on Thursday they want to quit MotoGP and are holding talks with the championship promoters…

Leading MotoGP riders have offered their views on Suzuki’s shock decision to quit at the end of 2022, with Yamaha’s…

After a week of rumors, Suzuki officially announced that it's in talks with Dorna about the possibility of leaving MotoGP…

RideApart
Get all your news in one place