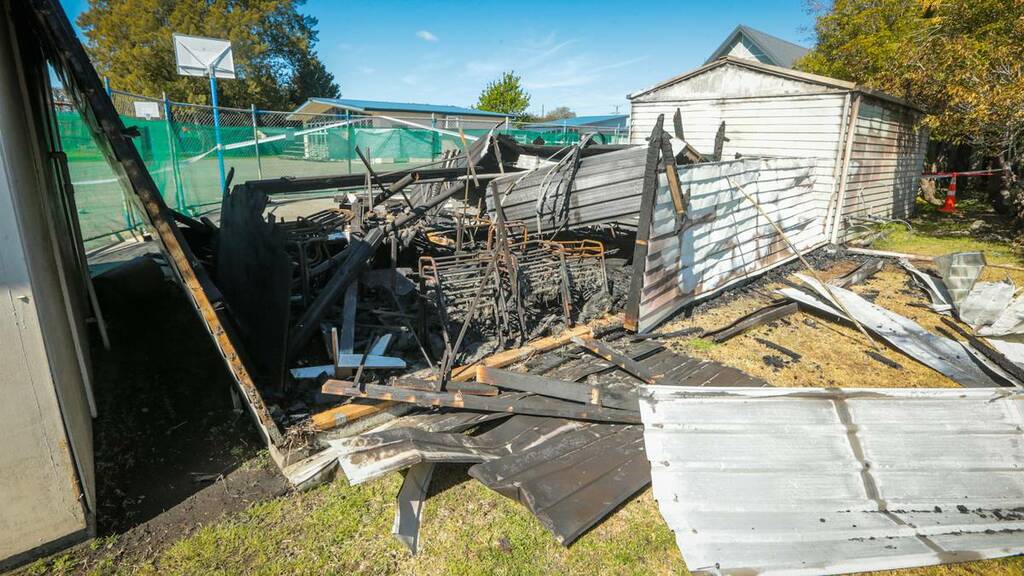 Police are investigating a suspected arson at Omahu School near Hastings.

A shed was burnt down at the school on Taihape Rd on Friday night.

A Fire and Emergency NZ spokesman said they received a call about 9.30pm and found a 10m by 3m shed "well alight on arrival".

Four fire trucks attended and firefighters battled the blaze, which is now being treated as suspicious.

A police spokeswoman said it was being treated as an arson.

The shed and its contents were destroyed in the fire.

The area had been taped off by Sunday and what looked liked burnt school equipment including chairs and desks could be seen among the charred remnant of the shed.