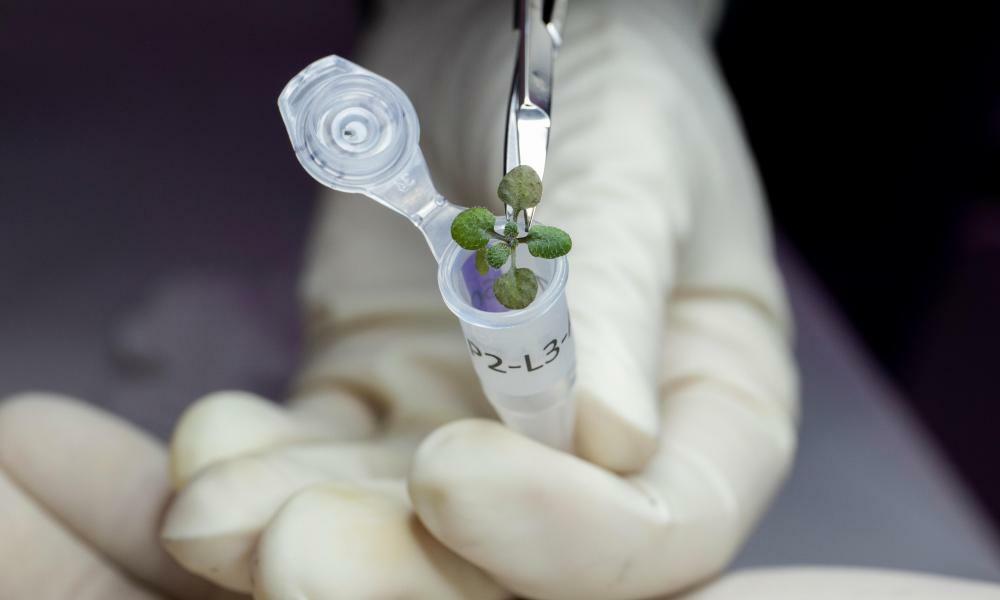 Scientists have cultivated cress in dirt, or regolith, that had been kept for half a century - since the Apollo…

Daily Mirror
How to grow plants on the moon – new study

What do you need to make your garden grow? As well as plenty of sunshine alternating with gentle showers of…

Scientists took soil first collected during the Apollo moon missions and managed to get plants to sprout.

Mic
Get all your news in one place
Latest Science news: 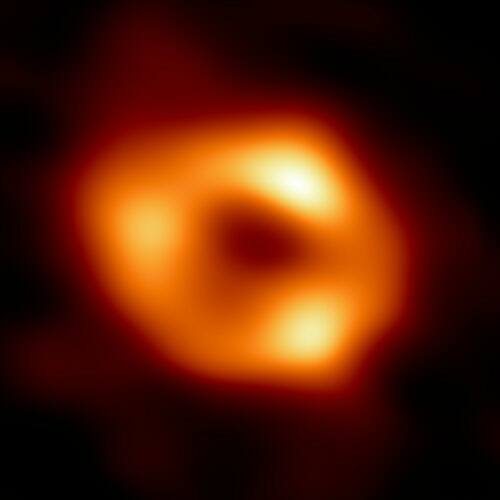 New picture answers many questions about our galaxy's black hole — and reveals some mysteries
The recently-released image shows how Sagittarius A* is both mundane and very strange, all at once.

Inverse
Read news from The Economist, FT, Bloomberg and more, with one subscription
Learn More
America Did Too Good a Job at Saving Canada Geese

Americans almost drove Canada geese to extinction; now they are so numerous, they’re a nuisance. What do we do next?

The Atlantic
What the UFO Discussion Really Needs

The Atlantic
Summer 'revenge travel' could raise drowning risk at beaches, but new tech might help

In today's edition of Inverse Daily read about the Mars InSight lander, a Boeing Starliner launch, and a worrying pollution…

Surprise! Biologists find that plants can grow in Moondust returned by Apollo

Life just sprouted from the surface of the Moon — sort of. A team of scientists recently grew thale cress — a relative of broccoli that biologists often use in experiments — in samples of Moondust from the Apollo missions.

What's New — When University of Florida biologist Anna-Lisa Paul and her colleagues planted cress seeds in Moondust brought back to Earth aboard the Apollo 11, Apollo 12, and Apollo 17 missions, they weren’t sure whether anything would happen. But within a couple of days, seedlings popped up in every sample dish in the lab.

“There was this little, tiny sea of greenness on top of lunar grayness that was just astounding,” biologist Robert Ferl (also of the University of Florida), a co-author of the study, said in a press conference about the findings.

Lunar regolith — the fine-grained, powdery dust that covers much of the Moon’s surface — isn’t technically soil. Here on Earth, soil is a mixture of mineral grains and organic matter, and the lunar regolith is all mineral grains and no squishy stuff. It’s also drastically short on essential nutrients like carbon, nitrogen, and phosphate, not to mention water (Paul and her colleagues got around that by watering their regolith samples daily with a nutrient solution). But despite its many shortcomings as potting soil, we actually can grow plants in Moondust. But it isn’t exactly appetizing yet.

“However, they respond as if they're growing in a stressful situation,” Paul said in the same press conference.

Compared to plants grown in JSC-1A (a simulated version of regolith, which is made from material found here on Earth — whose physical properties are very similar to those of actual Moondust, but whose chemistry is different in some important ways), the plants sprouting in lunar “soil” grew more slowly. The Moondust plants also tended to have stunted roots, shorter stems, and smaller clusters of leaves. Some even had strange reddish-purple leaves instead of healthy green ones.

Some of the regolith-grown plants fared better than others, but a look at the messenger RNA (the molecule that helps turn the instructions encoded in DNA into actual proteins) in the plants’ cells revealed that all of them had switched on some genes that would normally be switched off, and vice versa. Most organisms can activate or deactivate certain genes, depending on the cues they get from their environment. In this case, the regolith-grown cress plants turned on some genes that usually help plants here on Earth handle difficult growing conditions. This includes soil that’s too salty, includes too much metal, or contains so-called reactive oxygen species (specific molecules that contain oxygen and tend to react harmfully with the molecules in living cells).

“We could tell that even the plants that looked healthy were struggling to stay looking healthy,” Paul said.

But all of the plants — even those that had to activate hundreds of stress-response genes and still looked tiny, purple, and sad — actually grew in the lunar regolith.

“I think it's amazing that the plant still grows,” study co-author Stephen Elardo, a geologist at the University of Florida, said in the press conference. “It's stressed, but it doesn't die. It doesn't fail to grow at all; it adapts.”

Here's The Background — When the first Apollo missions brought lunar samples back to Earth, researchers at NASA rubbed the Moondust on leaves and waited to see if exposure would kill the plants; back then, we weren't sure what sorts of pathogens or toxins might be lurking on the lunar surface. The regolith didn’t kill any plants, of course, but until now, nobody had ever tried to find out if plants would actually grow in it.

Several experiments have grown plants in simulated regolith, like JSC-1A, but according to Paul and her colleagues, that’s no substitute for the real thing. Simulants do a great job of copying the physical properties of regolith for engineers, who need to answer questions such as whether a rover might get stuck. But simulated soil isn’t as good at copying the chemistry of Moondust because its chemical makeup is different from anything you can find here on Earth.

“When you get down to the chemistry that is accessed by plants, the devil is in the details, and the plants are concerned about the details,” said Elardo. On the other hand, JSC-1A made a perfect control for Paul and her colleagues’ experiment precisely because it’s physically similar to actual Moondust, but it’s made of Earth minerals.

Getting simulants like JSC-1A is pretty easy; you can buy some of them at your local science shop. But getting samples of actual Moondust is a lot harder, especially if you want to perform an experiment that will — by definition — irrevocably contaminate those samples. That’s why no one had tried to grow plants in lunar regolith until now, and it took Paul and her colleagues about 15 years of effort to get permission.

But with NASA’s Artemis missions on the horizon, things changed.

“Now, with NASA and the world prepping themselves to go back to the Moon for longer excursions, it became much more relevant,” said Paul.

The team asked for about one gram of the regolith from Apollo 17 — specifically, from a small pile of Moondust that Harrison Schmidt brushed off the lunar rover’s bumper and used as packing material for the trip home. NASA’s archive sent them, along with another four grams each from the Apollo 11 and Apollo 12 missions. Paul and her colleagues concluded that if you want to grow plants on the Moon, location may be the key.

Why It Matters — Plants will probably be a vital part of any future lunar outposts. Besides providing a food source that will help reduce crews’ dependence on supply missions from home, plants will also help scrub carbon dioxide out of the habitat’s air, replacing it with clean oxygen. They’ll also help recycle water.

“We can do plant growth hydroponically, but the idea of bringing lunar soil into a lunar greenhouse is the stuff of exploration dreams,” said Ferl. “If you look back at science fiction, plants have always been a part of the deep exploration agenda, and showing that plants will grow in lunar soil is actually a huge step in that direction.”

Besides proving that plants can grow in lunar regolith — just add water and nutrient solution — Paul and her colleagues’ hardy crop of cress revealed that future Moon missions might fare best in geologically younger areas of the Moon, with fresher regolith on the surface.

Apollo 17 landed on a geologically younger area of the Moon than the first two Apollo missions, so the samples of lunar dust Schmidt collected had spent less time exposed to cosmic rays, solar wind, and tiny meteor impacts. Over time, all of those processes tend to make regolith grains sharper and add more metallic iron and reactive oxygen species to the mix.

“We could mitigate that response by either choosing our sites more carefully, evaluating the nature of the regolith first,” said Paul.

What's Next — More questions need to be answered before lunar colonists will be ready to stake their lives on regolith gardens.

Besides investigating whether younger regolith produces healthier plants, Elardo says he’s interested in finding out how (or whether) plants change the chemistry of the regolith as they grow. If that’s the case, then the second or third generation of plants grown in lunar soil could have an easier time than the first.

Meanwhile, the team also wants to better understand exactly which regolith properties caused the plants to switch on the specific genes they did. Those stress-response genes evolved to cope with particular challenges here on Earth, but Paul says that when presented with a totally alien challenge — like metallic iron in the soil — plants may treat their stress-response genes like tools in a toolbox, switching on whatever seems like the best fit. (That’s not a conscious choice, of course — it’s a process driven by chemical reactions shaped by evolution.)

The study also suggests that there’s still a lot to be learned from the lunar samples brought home on the Apollo spacecraft, and that any samples returned by the Artemis missions will be a valuable long-term investment in science, too.

“We’re still learning tons about the Moon with these 50-year-old samples,” said Elardo.

Scientists have cultivated cress in dirt, or regolith, that had been kept for half a century - since the Apollo…

Daily Mirror
How to grow plants on the moon – new study

What do you need to make your garden grow? As well as plenty of sunshine alternating with gentle showers of…

Scientists took soil first collected during the Apollo moon missions and managed to get plants to sprout.

Mic
Get all your news in one place