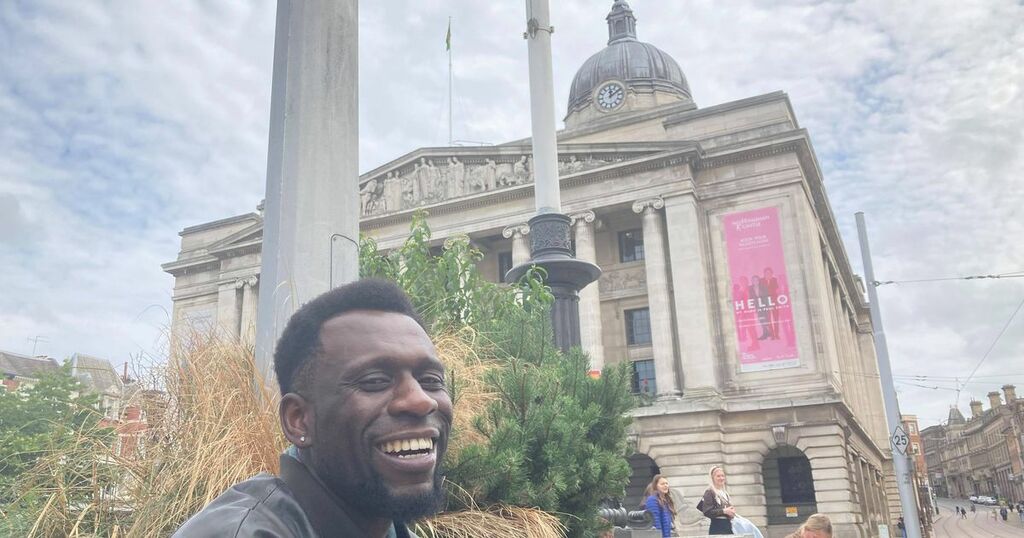 Shoppers and business owners in the city centre have voiced their concerns as a popular street has recorded its highest number of crime reports in the last three years.

Regulars to a central shopping area said that Nottingham's once lively streets have become "unattractive" as the figures for crime reports have been on the rise.

In July, no less than 81 crimes were reported solely on South Parade - a popular street just off the Old Market Square.

This is the highest number recorded for this particular area since August 2018 according to Home Office data published on police.uk.

It has been a continuous increase in crime reports registered on this road in the last months with only 12 reports recorded in January at the start of the year.

Many said they are now worried about the figures calling for change in the area.

Rak Sharma, a newsagent at a kiosk on Exchange Walk just off South Parade, added: "I am not surprised by it.

"I think that there is less police presence than before.

"And there are more youngsters in the Old Market Square, especially outside the court entrance."

The 53-year-old added: "The Square is slightly looking like a skate park.

"We can all notice the shift and that could explain the huge increase.

"It is terrible - there is nothing attractive about the Old Market Square, so obviously we are seeing an increase in crime.

"There is nothing there anymore."

Others have echoed Mr Sharma's concerns saying that they would like to see improvements made to the city centre.

Denis Arthur, a logistics worker at a car company, added: "I think it could be because this road has a lot of pubs and people drink a lot here.

"It becomes the hotspot for trouble after people get drunk.

"It would be great to see more families walking together here like in the past.

"You only see drunk people in the evening and during night time."

The 34-year-old from Clifton added: "I think there is a lot of potential in this area, and it would be nice to see it shining again.

"It would be great to see families, and people just walking peacefully without causing trouble."

A former worker at a fast food chain, Isabelle Garrote, said she had seen some unpleasant scenes.

The 32-year old from Radford said: "It was terrible.

"Hundreds of people would just be crashing in fast food stores after pubs closed.

"The city centre is wild at night and that could explain the high figures.

"I have noticed a rise in violence on this street.

"I think it is the alcohol and lack of occupation in the area."

Esther Molley, 62, who came all the way from Leicester to visit the city, added: "I used to be a nurse so I got used to seeing disturbing things.

"This area used to be lovely and really good for shopping.

"It would not stop me from coming here though.

"I would not be walking here in the evening, only during day time."

Another worried shopper was surprised by the figures and said that "more should be done" to ensure people's safety.

Claire Cropley, who works at the Nottinghamshire County Council, 44, added: "I live in Hucknall and I do not come to Nottingham very often but it is really worrying.

"Something should be done about it because it is not something that you would expect when you come to such a central location.

"Maybe I was not that surprised if it was the Lower Parliament Street, or Mansfield Road.

"But this is something that should be targeted for sure."

However, Assistant Chief Constable Rob Griffin said that the figures needed to be taken in context.

"As we have said repeatedly, Police.UK statistics do not illustrate numbers of crimes - they show reports of crimes," he said.

"It is often the case that a single crime can be reported by more than one person. So in a busy metropolitan city centre you would expect that many people may report seeing the same crime - but it is still only one crime.

"This means Police.UK figures are not only meaningless for an illustration of crime levels but also for comparison to other geographical areas as they do not reflect the numbers of actual crimes.

"Whilst it may suit the media to use these figures to present a certain picture, I actually think this is very misleading.

"I'm sure the public would much rather understand the actual numbers of crimes happening in their area, which is why the Home Office and all police forces use actual verified crime data, published by the Office for National Statistics.

"These figures showed that all crime fell by 21 per cent in Nottinghamshire in the last financial year.

"This is comfortably ahead of the national average of 14 per cent and bettered only by the City of London Police – which covers just a square mile of the capital.

"So people in Nottinghamshire can be reassured that crime is reducing here at a bigger rate than almost all other places in the country thanks to our proactive policing style, including dedicated teams to tackle issues that impact on people most such as robbery, burglary and knife crime.

"Our specialist Reacher teams have also had an incredible impact in every neighbourhood across Nottinghamshire."