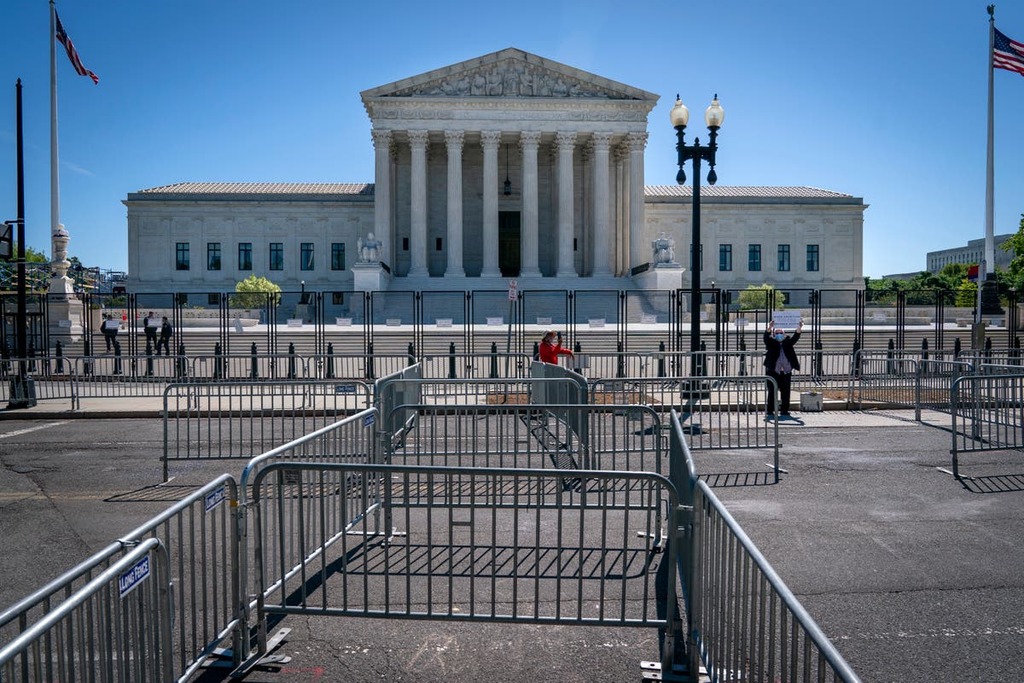 The Independent UK
What has happened in week since draft Roe v Wade opinion leaked?

Lawmakers push ahead with federal legislation; states prepare for abortion no longer being protected by US Constitution.

Al Jazeera
More SCOTUS Leaks To Politico: Alito's Majority Still Holds Five, And No Other Draft Opinions Have Been Circulated Yet
These leaks from a "conservative" look designed to quell controversy.

‘This is a subject I told myself I wasn’t going to talk about today regarding, you know — given all…

The Independent UK
Privacy, secrecy and the Supreme Court 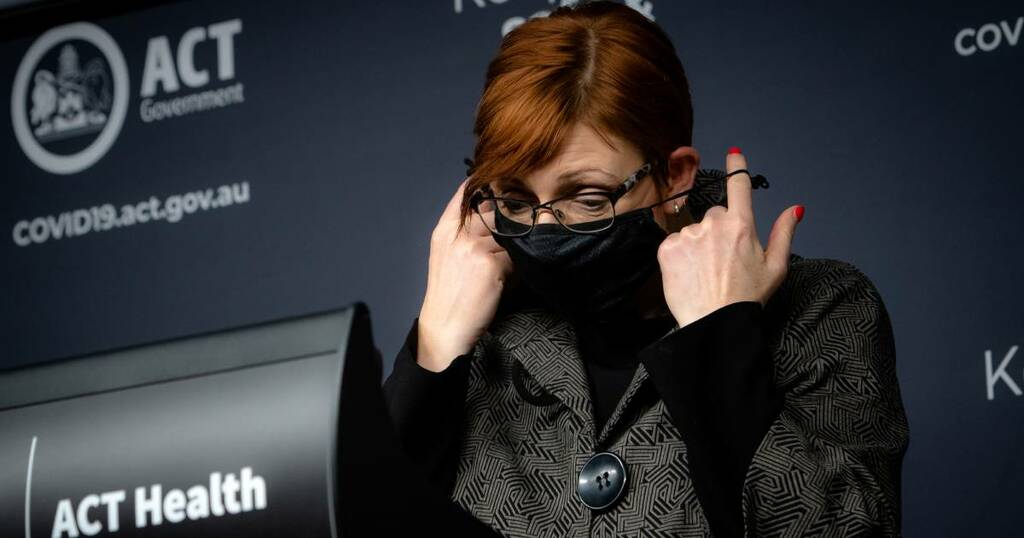 More single-use plastics to be banned in the ACT

The Supreme Court is meeting for the first time since the bombshell leak of the draft opinion written by Justice Samuel Alito outlining the overturning of Roe v Wade.

The justices were set to discuss outstanding cases and pending petitions when they meet on Thursday but will also probably deal with the ramifications of the breach of confidentiality that led to outrage among pro-choice activists and elation in anti-abortion groups.

Despite being expected, the draft opinion shocked the country, while the leak shocked the court, prompting Chief Justice John Roberts to order an internal investigation. This could lead to uncomfortable privacy issues for those working at the court and lead to increased distrust among the justices as they work on cases connected to abortion, gun rights, religious freedom, and the environment, CNN reported.

The marshal of the court, Colonel Gail Curley, is in charge of the investigation. She’s the court’s chief security officer and is the head of the Supreme Court Police Force.

“Everything depends on how much authority the chief justice gives the marshal,” a source told CNN.

If the court follows its current schedule, all remaining cases, including abortion, should be decided by early July.

Final draft majority opinions are usually sent around within the court by 1 June in order to allow time for dissenters to respond.

When they meet on Thursday in their conference room, they will sit in order of seniority, though some may take part via phone if they are away. The group will be alone, no staff will be present and they may speak about the leak investigation.

Unless the leaker has failed to hide their identity, the investigation may raise difficult issues concerning how invasive Col Curley can be in her efforts to find the source.

She could order computer forensic tests to understand how the draft opinion was distributed and interview staff outside of the justice’s chambers – employees who wouldn’t have been able to access the drafting process of the opinion. If the leaker could be found in this manner, the investigation could be finished more easily.

But CNN reported that a source with an understanding of the inner workings of the court said that it would be a completely different thing to get access to the chambers, to get permission to speak to the justices’ clerks and search their harddrives.

“If you are a justice on the court, how do you feel about the marshal, under the direction of the chief justice, getting all of your electronic data?” another source close to some of the justices pondered.

While the justices are all housed in the same buildings, their chambers operate like nine separate firms, with tension at times arising between their staffs.

Law clerks are also not likely to agree to be interviewed without first hiring their own lawyers, which could delay the investigation.

The court could hire an outside law firm if Col Curley feels uncomfortable interviewing the justices should the investigation get to that point, a CNN source suggested.

The US Marshals Service under the direction of the Department of Justice could also be pulled in the source suggested but added that it would be an unlikely path because of concerns about separation of powers.

Two sources said that unless it’s clear who the leaker is, the investigation could be thwarted with the possible end to the inquiry being efforts to ensure another leak doesn’t occur.

A former clerk said the justices and their clerks have access to two computer systems that both needs an employee to connect. The system handling draft opinions doesn’t allow internet access or email from external sources, meaning that work completed on that system isn’t easy to send elsewhere.

Both the systems can work on laptops and iPads at home, but can’t be accessed on iPhones. Every chamber has multiple printers, but some share copying machines.

The leaked draft opinion has a staple mark in one of the corners meaning that it was possibly copied from a physical document and therefore may not have left electronic traces.

CNN sources said a draft can be sent around both on the computer system and via physical copies with some of the justices still following protocols instituted before the widespread use of email.

“They take the burn bag and they shred it twice, vertically, horizontally, creating confetti,” he said.

Ian Samuel clerked for the late Justice Antonin Scalia between 2012 and 2013. In 2018, he told the High School Scotus blog that “nothing will ever beat Justice Scalia on probably the first day that all four law clerks had started”.

He said Justice Scalia told the group, “welcome aboard. I’m really happy to have you. Here’s how I run chambers. It’s an open door, if you need to talk to me about something, just come and talk to me”.

But Mr Samual added that Justice Scalia also said that “if I ever discover that you have betrayed the confidences of what goes on in these chambers, I will do everything in my power to ruin your career”.

“Then he just let that hang there for a second, and moved on to other subjects,” Mr Samuel added.

“This is an institution unravelling before our eyes,” a former clerk told CNN regarding the leak of the draft opinion. “There have been leaks before, but this is a faucet.”

The Independent UK
What has happened in week since draft Roe v Wade opinion leaked?

Lawmakers push ahead with federal legislation; states prepare for abortion no longer being protected by US Constitution.

Al Jazeera
More SCOTUS Leaks To Politico: Alito's Majority Still Holds Five, And No Other Draft Opinions Have Been Circulated Yet
These leaks from a "conservative" look designed to quell controversy.

‘This is a subject I told myself I wasn’t going to talk about today regarding, you know — given all…

The Independent UK
Privacy, secrecy and the Supreme Court