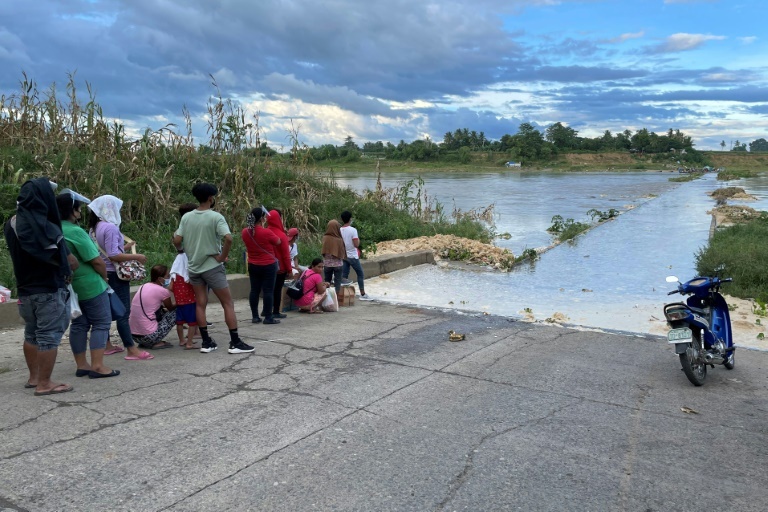 Taipei (AFP) - A super typhoon that rapidly formed in just 48 hours is threatening both the Philippines and Taiwan with destructive winds and torrential rains over the coming days.

Chanthu was about 580 kilometres (360 miles) southeast of Taiwan's southernmost tip on Friday morning, packing gusts of up to 234 kilometres (145 miles) an hour, according to Taiwan's central weather bureau.

The Philippine state weather agency said the typhoon was expected to graze the northeastern tip of the country later Friday.

The agency warned of "destructive" winds in Santa Ana town, where around 35,000 people live, and the eastern part of the remote Babuyan Islands.

The Cagayan governor has ordered government and private sector workers, except those in frontline services, to stay home and "fortify" their houses, said Rogelio Sending, the provincial information officer.

Most projections forecast the storm will then continue to swing northeast and could hit Taiwan directly over the weekend.

"It will be closest to Taiwan on Saturday and Sunday.(The public) should take precautions against strong winds and downpours," said Taiwanese forecaster Hsu Chung-yi.

Meteorologists have marvelled at how quickly Chanthu morphed into a powerful storm after it first emerged on Monday in between Guam and the Philippines.

"Chanthu went from a depression to a cat(egory)-5-equivalent typhoon in 48 hours," Sam Lillo, a researcher at the US National Oceanic and Atmospheric Administration, wrote on Twitter.

Only five other storms, all this century, have done that, he added.

Scientists have long warned that typhoons are becoming more powerful, and strengthening more rapidly, as the world becomes warmer because of man-made climate change.

"This week, Super Typhoon Chanthu provided another stark example of how quickly a storm can strengthen," NASA wrote in an article about the storm on its Earth Observatory blog.

A super typhoon is also known as a category five hurricane in the US. The Earth tends to experience around five storms of that power a year.

Meteorologists say that while Chanthu is powerful, it is small in size and will be unpredictable.

Taiwan is regularly hit by tropical storms in the summer months.

In a rare exception to the rule, not a single typhoon made landfall last year, the first time in 56 years.

That helped fuel the worst drought in decades until heavy rains set in a few months ago and brought needed relief.

The Hong Kong Observatory's projection has Chanthu reducing from a super to a severe typhoon on Sunday as it nears Taiwan's southeastern coast.