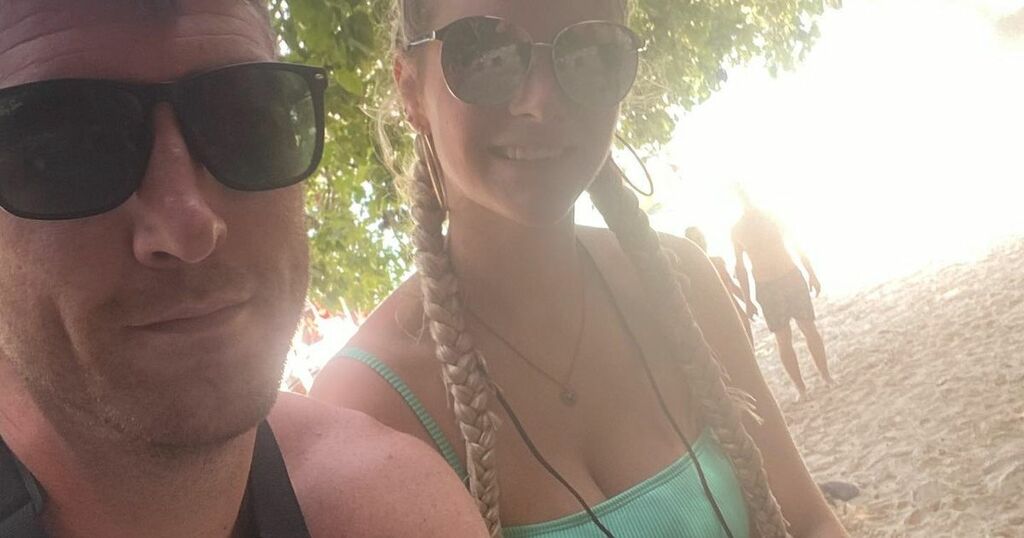 These are the photos showing a heroin and crack cocaine dealer living it up on a Thai beach with his money laundering girlfriend.

Christopher Williams, 32, of Douglas Close in Old Swan, Liverpool, was the leader of a gang who flooded the streets of Barrow, Cumbria, with Class A drugs.

The Liverpool Echo has now outlined in harrowing detail how the County Lines drug trade lining the pockets of criminals in Merseyside has had a devastating effect on communities in the Cumbrian town.

But while his underlings were ferrying drugs and spreading misery up the M6, Williams and his 25-year-old partner Lauren Callister were sunning themselves on a luxury holiday in Thailand.

These photos reveal the couple jetted off with friends to a luxury villa and the tropical beaches on the island of Koh Samui in Southeast Asia in January 2020.

Callister - who laundered around £15,000 of dirty cash for Williams via her bank account - boasted online "best place iv ever stayed" as she shared sunkissed snaps of her posing in a bikini on a boat trip with her drug dealer boyfriend at the beautiful Pileh Lagoon.

In another picture Callister can be seen enjoying the ocean views of a private residence overlooking Chaweng Bay and the Gulf of Thailand while floating on an inflatable flamingo.

One of the photos shows the couple shared their winter break with another member of the gang - convicted robber and drug runner Liam Benfield - plus other pals, as they relax on a beach.

Last week Williams and Benfield's high life came to a crashing halt as they were both jailed over the Class A plot at Preston Crown Court.

Prosecutors said Williams controlled and directed the operation in a conspiracy running between November 1, 2019 and June 23, 2020.

Members of the gang travelled between Merseyside and Barrow on a regular basis to deliver drugs and collect money, while also recruiting people in both locations to bolster their ranks.

A phone line was used to set up a sophisticated business, whereby group messages were sent to local drug users in Barrow at various times of the day, advertising the heroin and crack cocaine for sale.

Once a customer replied, they would be told a location to meet up to buy the product.

The court heard more than 7,700 messages were sent to around 200 different numbers in Barrow.

Andrew Ford, prosecuting, said: "Cameras picked up vehicles coming into the town and leaving with money.

"The drug users could make a call or send a message to it to get drugs."

Detectives from Cumbria Police managed to identify the phone number being used for the transactions as part of Operation Furtim.

On May 19 last year they struck at a home in Rawlinson Street, Barrow, where they caught Benfield and drug addict Kerri Mallet red handed.

Benfield, 30, of Blackhorse Lane, Stoneycroft, had 28 wraps of heroin and five wraps of crack cocaine on him.

When officers searched a loft space, they found £2,845 in cash, which Benfield was linked to by forensic evidence.

Benfield was previously locked up for more than three and a half years in September 2017, after he was caught with crack cocaine and heroin down his underpants in a pub toilet cubicle in Carlisle.

Cumbria Police's investigation into the gang culminated in a series of raids on June 23, 2020.

Officers arrested Williams and Callister when they raided the couple's home in Old Swan that day.

They discovered around £2,000 in cash, numerous mobile phones and a "master list" of Barrow drug users kept by Williams, who was described as having knowledge on how to use the phone line.

Williams pleaded guilty to two counts of conspiring to supply Class A drugs and was jailed for eight and a half years.

His lawyers said he now aimed to turn his life around and was hoping to move away and work as a bricklayer once he was out of prison.

Williams also said he took responsibility for Callister getting involved in crime.

Callister, originally from Carlisle, was originally charged with being involved in the same heroin and crack cocaine conspiracies, but was cleared of these charges.

She admitted converting criminal property and walked free from court after being handed a two-year community order with a 50-day Rehabilitation Activity Requirement and 80 hours of unpaid work.

Benfield, who also admitted the drug plots, was handed a sentence of five years and eight months.

Annett was also said to have played a leading role in the operation, as the "director" of the phone line.

When his home was raided, officers recovered more than £800 in cash, as well as snap lock bags, scales, white powder, around three kilos of cannabis and a debtors tick list.

Annett, who later surrendered himself to police, was jailed for eight years.

Police said McGovern was a "driver" for the crime group and would move people and or drugs from Merseyside to Cumbria.

He drove both Annett and Renshall around, as well as taking solo trips to Barrow 12 times.

McGovern was jailed for five years.

Renshall was said to be one of a network of people including Mallet who worked on the streets of Barrow, either acting as stock keepers for drugs and cash, dealing for the gang, or providing them with a base for operations.

The dad-of-two was described in court as an "overseer" in Barrow who was "trusted with money" and would take trips from Southport to Barrow via Liverpool.

Renshall was locked up for six years.

Mallet, 48, of no fixed address, was handed nine months in prison, suspended for two years.

Last year the ECHO reported how she was previously jailed alongside two young dealers from Liverpool, again as part of a County Lines drug operation, in January 2020.

She told officers she was a long term heavy drug user and had been employed as a street dealer or runner, getting the drugs to customers on behalf of that gang.

Speaking after the sentencing of Williams and his gang, a spokesman for Cumbria's South Community Serious and Organised Crime Team said it was working alongside Merseyside Police to target County Lines drug dealers.

He said: "The Drugs Unit has an outstanding record of disrupting and convicting organised crime groups who set up in the area in an attempt to prey on vulnerable people for profit.

"The team works closely with colleagues in Merseyside to crack down on these individuals.

"We will continue to relentlessly pursue those involved in serious and organised crime, arrest them and bring them before the courts for sentencing."