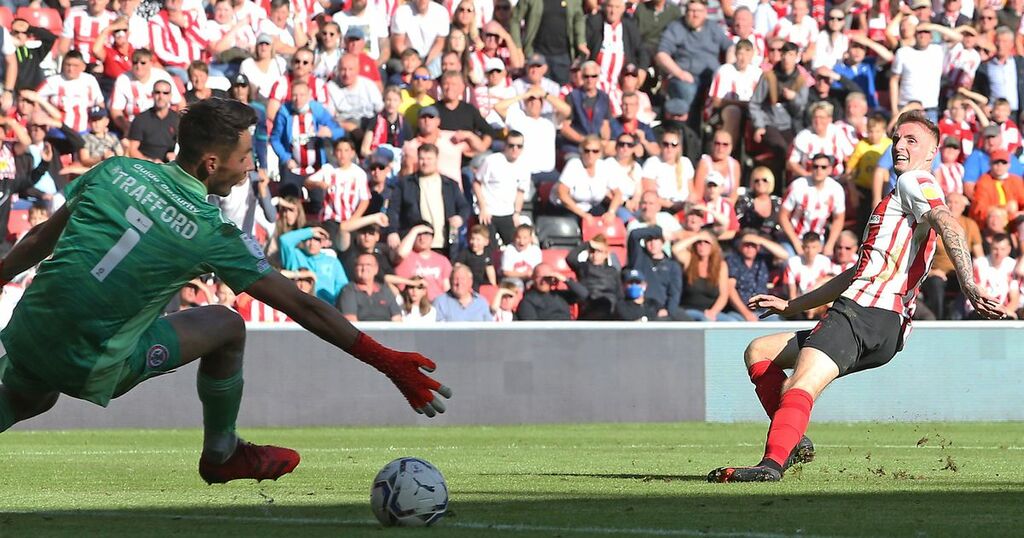 By the same token, Sunderland's victory against Accrington Stanley this weekend - their fifth win in six league games so far, with the only blip a defeat at Burton Albion - had a similar impact on their start to the season.

It not only makes them the clear leaders at the top of League One with a two-point cushion over Wigan Athletic, albeit the table is still very much in its infancy, but it makes this Sunderland's best start to a season since 1925.

READ MORE: Lee Johnson reacts to Sunderland's win against Accrington, and the 'lump in throat' moment in the match

Equally importantly, it means Sunderland have picked up where they left off before the international break, with no disruption to their momentum.

And once again a crowd of almost 30,000 left the Stadium of Light in good spirits, after watching their team win again to maintain its 100 percent home record.

That 'crowd factor' is crucial for Sunderland, as anyone who has spent a significant period of time following the club's fortunes will know.

Because when the team is performing well, results are good, and there is an air of positivity at the Stadium of Light, Sunderland are a force to be reckoned with in any division.

At other times, when things have been going wrong - sometimes badly wrong - it has felt like managers and players have been trying to push water uphill.

But what we are seeing at the moment is a club that appears to be heading in the right direction.

Lee Johnson has assembled a squad that combines youth - including several graduates of Sunderland's academy - with experience, and that blend is producing results.

Dan Neil, who is one of those academy graduates, has taken League One by storm in his breakthrough season. He is playing as well as any midfielder I have seen in this division this season, and he is still a teenager who has yet to make 20 senior career appearances.

His stunning opening goal early in the game against Accrington was his first in senior football, but it will surely be the first of many.

Carl Winchester, who scored the second goal just before the hour, was Johnson's first signing back in January and his arrival from Forest Green Rovers barely caused a ripple, yet eight months later he has morphed into both a crowd favourite and a right-back.

Ross Stewart has excelled up front since Charlie Wyke departed over the summer.

Luke O'Nien is thriving now he is playing in his natural midfield role.

Tom Flanagan has not always been popular with the fans, but this season he has formed a very good central defensive pairing with on-loan Manchester City teenager Callum Doyle.

Of course, there is still a lot of room for improvement.

One of those deadline day signings, goalkeeper Ron-Thorben Hoffmann, made his debut against Accrington and the on-loan Bayern Munich man found himself stranded in no-man's land on two or three occasions when he came off his line to claim aerial balls and failed to reach them, and he was fortunate that those errors went unpunished.

But this was his first taste of English football, he was playing behind an unfamiliar back four, and at the age of 22 he is still very young and inexperienced for a goalkeeper, so he needs time to settle in and will get better with more games.

Hoffmann could not be blamed for Michael Nottingham's goal for the visitors, which pegged Sunderland back at 1-1, but the corner should have been defended better by his teammates - and the same could be said of a number of set-pieces.

At the other end, Sunderland did not make the most of the chances they had to kill the game off, with Stewart, Elliot Embleton, Lynden Gooch, and Aiden McGeady, all passing up presentable opportunities.

That made the last ten minutes a test of Sunderland's mettle, but it was a test they passed with the help of Bailey Wright who came off the bench to facilitate a switch to a back three as he has done on several occasions this season.

Six games in, Sunderland are top of the table with 15 points on the board, which is an outstanding start by any measure.