Many of us regularly reach for a diet drink or stir a sachet of sweetener into our coffee in an effort to keep sugar intake down.

But in an ironic twist, a trial has found some healthy adults had less control over their blood sugar levels after two weeks of consuming sugar substitutes in amounts below the recommended daily allowance.

Published in the journal Cell, the study also found microbial species that dwell in the participants' gut — known collectively as the gut microbiome — shifted in composition towards, and started functioning like, a microbiome of a person with diabetes.

"We were able to show why [sweeteners] that supposedly have no effect on the human body … disrupt the gut microbiome, which is sufficient to disrupt human metabolic health," Johns Hopkins microbiome researcher and study lead author Jotham Suez said.

One sweetener in particular, sucralose, triggered the biggest microbiome change in study participants.

But this doesn't mean everyone should stop using sweeteners immediately, Dr Suez added.

It's not true to say sugar substitutes are safe or harmful for everyone.

"It's somewhere in between, and we're working on it — but the truth is that the literature is still complicated and the jury's still out.

"But if you can stop drinking [sugar substitutes] without increasing sugar intake, that's obviously the safest thing that one can do."

Sugar substitutes might seem like a fairly new addition to our diet, but they've been around since the 1800s.

Many are "non-nutritive" — that is, they contain no carbohydrates and are low in calories — and were generally considered "inert", delivering their sweet hit then safely passing through the body without interacting with anything downstream from the mouth.

While research over the past couple of decades has yielded mixed results, some studies suggest they're not as inert as we once thought.

And consuming sugar substitutes, especially artificial sweeteners, has been linked to conditions such as type 2 diabetes — but that's not been enough to say sweeteners cause the condition. It could be that people with diabetes simply choose to consume more sugar substitutes.

In 2020-21, almost a quarter of Australian adults report sipping on diet drinks at least once a week, with 7 per cent partaking daily.

Even if you don't go out of your way to consume them, it's likely you do anyway, said Richard Young, a gastric health researcher at the University of Adelaide and South Australian Health and Medical Research Institute who was not involved in the study.

"There are a lot of 'stealth sweeteners' in the food chain that we don't know about."

It's only in recent years that researchers have conducted intervention studies like the one led by Dr Suez to see what effects, if any, sugar substitutes have on the human body.

A spoonful of sucralose helps glucose tolerance go down

Dr Suez, who was then at Eran Elinav's lab at the Weizmann Institute of Science in Israel, and his colleagues recruited around 120 healthy people who completely avoided sugar substitutes — no mean feat, given how ubiquitous they are in processed food — and divided them into six groups.

Four groups received sachets of one commonly used sweetener — aspartame, saccharine, sucralose or stevia — which they consumed with their usual food every day for a fortnight.

The fifth group got sachets of glucose only, while the sixth group got nothing — it was business as usual for them.

Everyone had stool samples taken before they started the trial to analyse the species making up their usual gut microbiome and compared it to samples taken when the two weeks was up.

Dr Suez and his crew found distinct changes in the composition of the gut microbiome of participants consuming sweeteners, especially sucralose.

That may be because sucralose doesn't leave the digestive tract until we poop it out, so has more chance to interact with our microbiome than other sweeteners, which can be broken down and absorbed into the bloodstream higher up in the intestine.

Over the course of the trial, participants also regularly tested how well their body could clear sugar from their blood after downing a concentrated glucose drink.

This process, called glucose tolerance, was significantly impaired in the sucralose and saccharin groups, whose blood sugar levels stayed higher for longer after the drink.

Groups that had just glucose, or no intervention at all, had no change.

Next, the researchers wanted to establish causality and see if the sweetener-driven microbiome changes at least contributed to impaired glucose tolerance.

To do this, they took pre-sweetener and post-sweetener stool samples from participants who had the biggest glucose tolerance change over the experiment, and transplanted that poo into microbiome-free mice.

So how can sweeteners change how we process blood sugar?

The short answer is: we don't know. It's something Dr Suez's Johns Hopkins lab is trying to figure out, but he has a few ideas.

Our gut microbiome's main function is to help us break down food, but it can affect our body from top to toe.

Different bacteria secrete different chemicals into our blood, and these compounds can affect how our organs work.

"We don't know why some groups of bacteria go extinct in the presence of each sweetener; maybe the sweeteners are toxic, or maybe they affect some specific energy metabolism of the bacteria," Dr Suez said.

Sweeteners might also change cells in the intestinal lining, making parts of the gut more habitable for some bacteria over others, and change the microbiome composition that way.

Dr Suez and his colleagues suspect microbiome changes affect what signals the gut sends to the brain, which, in turn, tells the pancreas to release less insulin, thus slowing the rate at which sugar is cleared from the blood.

Alterations to the gut microbiome is likely one part of the puzzle, Dr Young said. Sweeteners also affect our gut directly.

"The gut wall is a sensory organ, like our eyes, our ears, our skin," he said.

We have sweet taste receptors on our tongue, but they're also found throughout our intestinal tract, "tasting" our smooshed-up food as it travels through us.

"And we've found glucose absorption is much faster in healthy people that take sweeteners, because they tend to prime the gut wall to vacuum sugars in [to our blood] faster," he said.

"So not only are sweeteners likely to impact bacteria, we've got some good evidence to suggest that they're also onboarding sugars faster into the bloodstream.

"There could be a double hit of sweetness we previously didn't really appreciate."

What does this mean for me?

The results of this trial can't be generalised to everyone, Dr Suez said.

"This was an Israeli cohort, and I would want to see people repeating this experiment in other parts of the world and for longer exposure periods to really try to link what we saw to a real-world scenario."

Dr Young called the trial "a well-constructed study that answered questions that needed to be asked", but agreed that it focused on a subset of the population, and didn't really reflect life as a free-living person.

Ideally, the experiment would be repeated in groups most likely to consume sweeteners: people who are pre-diabetic or live with diabetes.

Plus most products containing sweeteners don't use just one.

"By themselves, sweeteners have properties that tend to cross into the bitter taste range," he said.

"So by partnering them with another sweetener, manufacturers can create a more sugary mouth-feel."

While diet drinks in the US tend to use sucralose paired with a sweetener called acesulfame K or Ace-K, Australian ones use an aspartame-plus-Ace-K combination.

Ace-K wasn't tested in the study, probably because it's quickly whisked out of the gut into the bloodstream, so it has very little contact with the microbiome. We basically wee it all out, Dr Young said.

The participants in the sweetener cohorts who saw changes in their microbiome and ability to handle blood sugar started heading back to pre-sweetener levels after they finished the two weeks.

Next, Dr Suez said, he'd like to tease out why some people responded strongly to sweeteners while others had barely any effect at all. 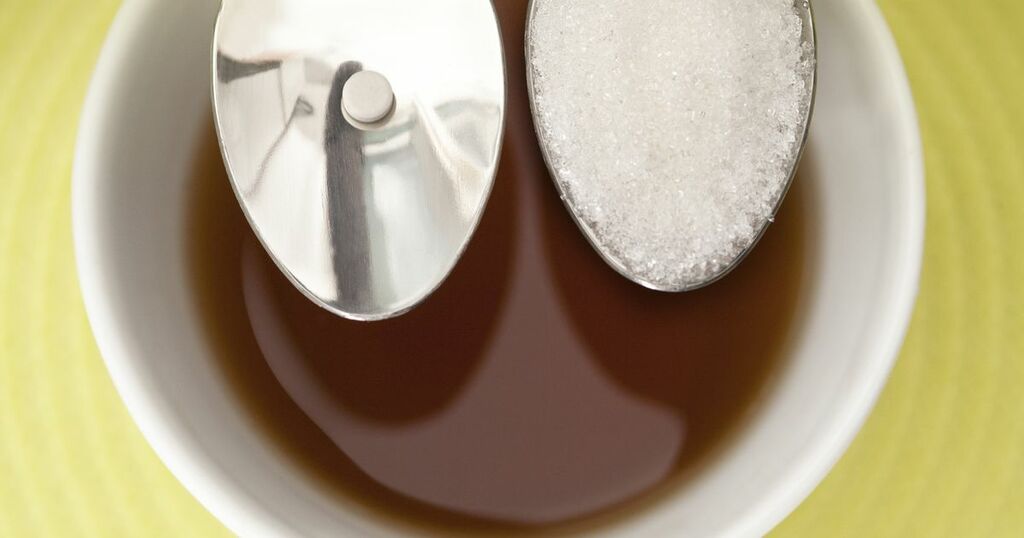 Scientists find artificial sweeteners could cause diabetes
Sugar substitutes are in thousands of diet products such as fizzzy drinks, desserts, ready meals and cakes

Wales Online
From analysis to the latest developments in health, read the most diverse news in one place.
Artificial sweeteners could cause diabetes, study reveals

An estimated 2.2 million people in the UK use artificial sweeteners 4 times a day or more

Since the late 1800s non-nutritive sweeteners have promised to deliver all the sweetness of sugar with none of the calories.…

Dynamite News
Fugitive gut bacteria can disrupt our immune system. Here's how we can capture them

In a recent study, researchers outline a new tool that may help us track down gut bacteria that are wreaking…

Dynamite News
One place to find news on any topic, from hundreds of sites.
Artificial Sweeteners Could Cause Diabetes, According To New Research 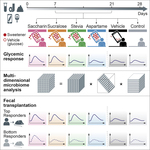 Sugar substitutes are in thousands of diet products such as fizzy drinks, desserts, ready-to-eat meals, and cakes.