'Stupid, unscientific and simply cruel': Stray dogs and cats being rounded up and killed as coronavirus precaution in Russia

Moscow health authorities have been lambasted as “stupid, unscientific and simply cruel” after rounding up stray animals and exterminating rats as part of efforts to fight the coronavirus outbreak.

Three Russian citizens are currently receiving treatment after contracting Covid-19 on a cruise ship in Japan, while two Chinese nations were hospitalised in Siberia with the virus but have since recovered and been discharged.

Despite the limited number of cases, Russia has imposed an array of measures to stop the virus gaining a foothold in the country, ranging from restrictions on international travel to visa curbs for Iranian and Chinese citizens.

“We are currently carrying out a large-scale complex [of measures] for the total deratisation of the city, catching wild animals, strays,” Elena Andreeva, the Moscow head of the Rospotrepnadzor consumer health watchdog, was quoted as saying by the RIA news agency.

She did not explain the reasoning for the measure but said they were part of measures to prevent the spread of Covid-19.

Barking News, a Russian media outlet that covers news about animals, criticised the policy as “stupid, unscientific and simply cruel”, while citing a Moscow-based virologist, Nikolai Nikitin, who also dismissed the approach.

In China, reports have emerged of local health officials culling residents’ pets in a bid to contain the coronavirus. Animal rights group Peta subsequently condemned Chinese authorities, urging them not to use the outbreak as “an excuse to abuse animals”.

According to the World Health Organisation (WHO), “there is no evidence that companion animals/pets such as dogs or cats can be infected with the new coronavirus”.

Raids on potential carriers of the virus have also been carried out in Moscow, with recognition technology used to enforce quarantine measures, while hundreds of people have been placed in isolation across Russia.

On Thursday, the country’s Federal Tourism Agency urged national tour operators to suspend tours to Italy, South Korea and Iran until the outbreaks of coronavirus there are brought under control.

The move came a day after Russia said it would suspend flights to and from South Korea, except those operated by Aeroflot and Aurora, and that it would stop issuing visas for regular and transit travel for Iranian citizens. 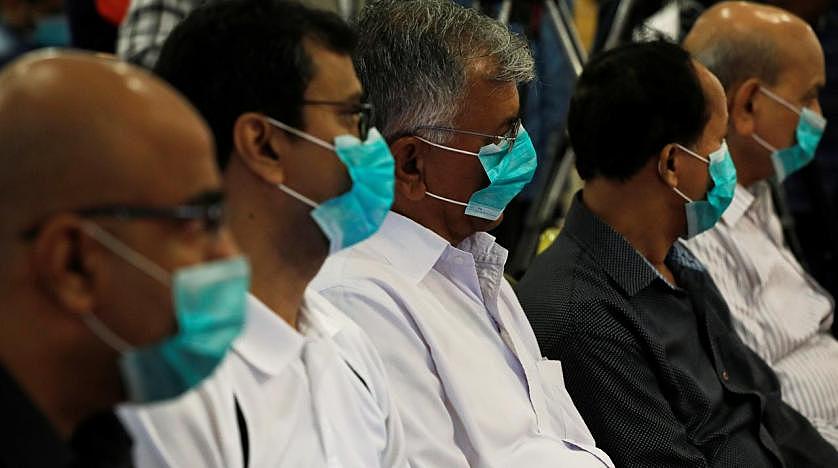