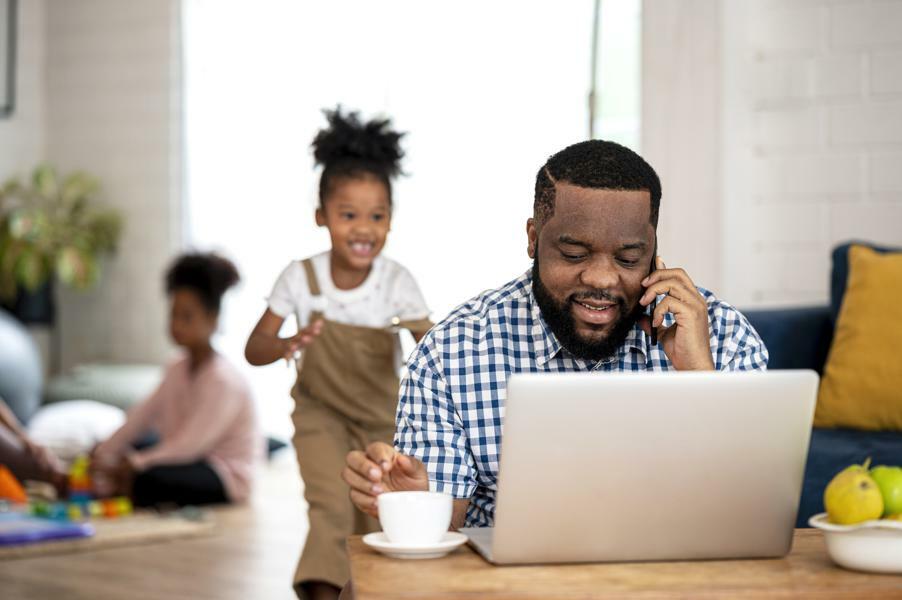 A new study of remote workers conducted by Digital.com reveals the main reasons why people want to continue working from home. They run the gamut. Some seem obvious, while other rationales will surprise you.

About 75% of the respondents want to stay home because of their pets. In full disclosure, we have two Shetland Sheepdogs, two cats and two children, so I might be a little biased, even though I have allergies and am highly allergic to pets. If there was a choice between the pets and me, it's no contest. The kids vote for the dogs and cats, so I’m drugged up on Allegra.

Pre-pandemic, when I walked the dogs, there weren't too many other dog walkers around. Within a few months of the outbreak, my quiet suburban neighborhood had traffic jams of dogs and their parents. Empty boxes from Petco and Chewy were left outside almost every other house.

About 72% want the freedom to nap or exercise during the day. The way the study is worded, it makes the remote workers seem like they’re shirking their responsibilities. From speaking with hundreds of people during the virus outbreak, in my capacity as a recruiter and journalist, the real reasons are more meaningful.

It's not just a little cat nap in the afternoon. People want autonomy over their lives. They recognize that being stuck in an office cubicle for over eight hours a day is restrictive and confining. We all know that we’re not working this entire time. It's not reasonable. It's unhealthy to sit in front of a computer screen, under harsh fluorescent lights and poor air circulation for hours on end.

It's important for your mental, emotional and physical health to walk around and move your body. If you’re in one of the newer office buildings with the windows sealed shut, you should go outside to get some fresh air and sunlight. Working remotely offers the ability to both be productive and take care of yourself.

Around 73% say they want to watch television while they work. The respondents said that they also enjoy listening to podcasts and music, while fulfilling their daily responsibilities.

Although it sounds as if they’re goofing off, many people are much more productive while listening to music. I do this as well. There’s something about listening to music that helps me focus better. I’m listening to a Spotify playlist, as I’m writing this piece from home.

This activity also falls into the camp of having control and autonomy over the way you work best. When you’re in an office setting, you must be accommodating to your co-workers. If one person is blasting Metallica, while another is listening to a podcast about a subject matter that you vehemently disagree with, it could lead to chaos and animosity.

The Way We Look

More than 60% of the respondents said that they are worried about how they look. After being at home for nearly two years, some of us have put on some pandemic pounds. Our work clothes don’t fit too well anymore.

We’ve become accustomed to wearing comfortable attire. For a Zoom call, it's relatively easy to put on a nice shirt. You could also elect out of being on camera. For many people, this offers the opportunity to be comfortable. There’s no judgment or criticism about appearance.

It's the work product and results that count—and not what you wear and how you look. Remote work is a great equalizer. Face time in front of the boss, schmoozing the supervisor and making yourself look busy won’t cut it any longer. It's all about results and productivity, which highlights why companies performed so well during Covid-19.

Soul-Sucking Commutes, Missing Out On Family And Friends

According to the survey, “caring for children and lack of a commute were the most common [No. 1] reasons” for desiring to continue working remotely. If you live in the suburbs outside of New York City, such as New Jersey, Connecticut, Westchester or Long Island, you must cope with between an hour or about three-hour round-trip commute. It's not easy. Trains and busses break down. You wait out in the cold, rain and snow for mass transit that’s running 30 minutes late. It's a daily occurrence to be stuck in gridlocked traffic for long lengths of time. This drains you. After getting home, you’re too tired and cranky to do anything else, but wolf down some dinner, plop on the couch and watch television.

Remote work cuts out the commute. You get three hours back of your life. The extra time allows you to have quality time with your spouse, partner, children and pets. You can take the kids to school and pick them up at the end of the day. When you were in the City, you missed all of the soccer matches, baseball games, ballet recitals and special occasions. These were moments you’ll never get back.

By having a more well-rounded life, it makes you a better and happier person. This, in turn, will make you more productive, which also benefits the company.

There’s A Slight Chance You Might Return To the Office

The survey reports that  “14% of respondents stated that working remotely was so important to them they would not go back to work in person, even if their employers required it.” Instead, they’d give up “their positions to presumably find other remote opportunities.”

The report concludes, “Since many studies have shown that people can be just as productive at home, it makes sense that a percentage of remote workers want to stay that way for the foreseeable future.” However, “there are ways that employers can make this situation work by monitoring work-from-home productivity.” More than half of the people surveyed said they’d be  “more willing to go back to work in person if employers would meet them partway by providing benefits like kids or pet days for the office or relaxing dress code and headphone use rules.”