Studs and Duds from Washington’s 33-22 loss vs. Saints 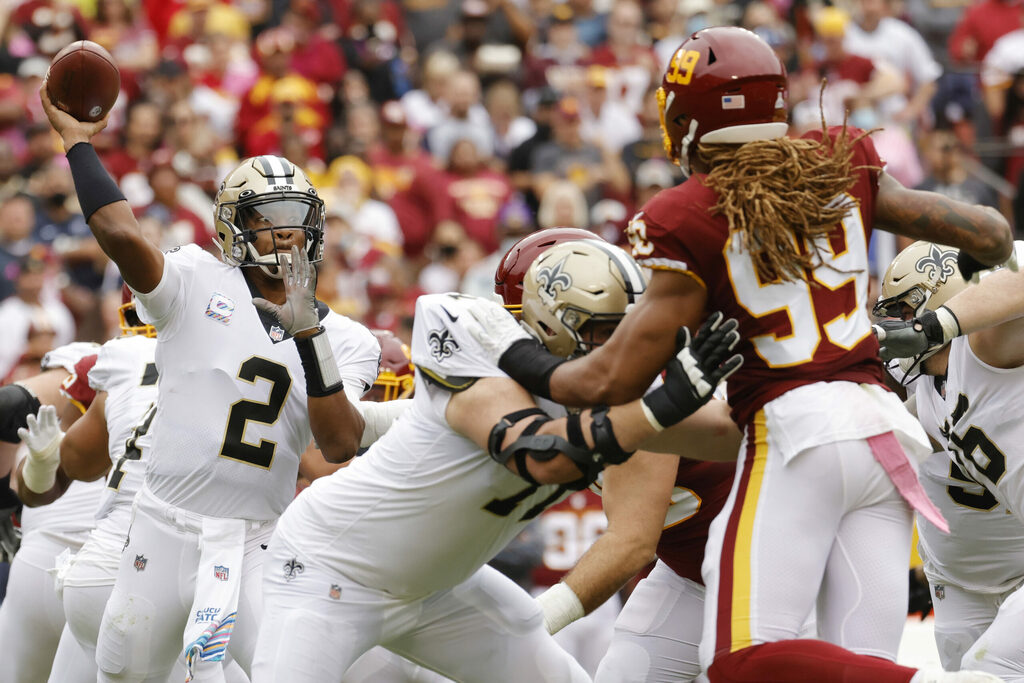 For the second time in three weeks, the Washington Football lost by double-digit points to fall to 2-3 on the season. The New Orleans Saints defeated Washington, 33-22, as Washington falls to 2-3 on the 2021 season.

Sunday’s loss felt much worse for Washington. The Saints were a beatable team. New Orleans entered the game with several injuries on offense, starting a quarterback prone to turn over the football, and Washington was essentially out of the game by early in the fourth quarter.

Washington’s secondary remains an issue, while quarterback Taylor Heinicke struggled in his fourth start of the season.

With a loss like this, there are plenty of duds. As we review Washington’s Week 5 loss for our weekly list of studs and duds, expect to see a list full of duds.