Stuart Byrne column: The snobbish attitude to our league is so infuriating 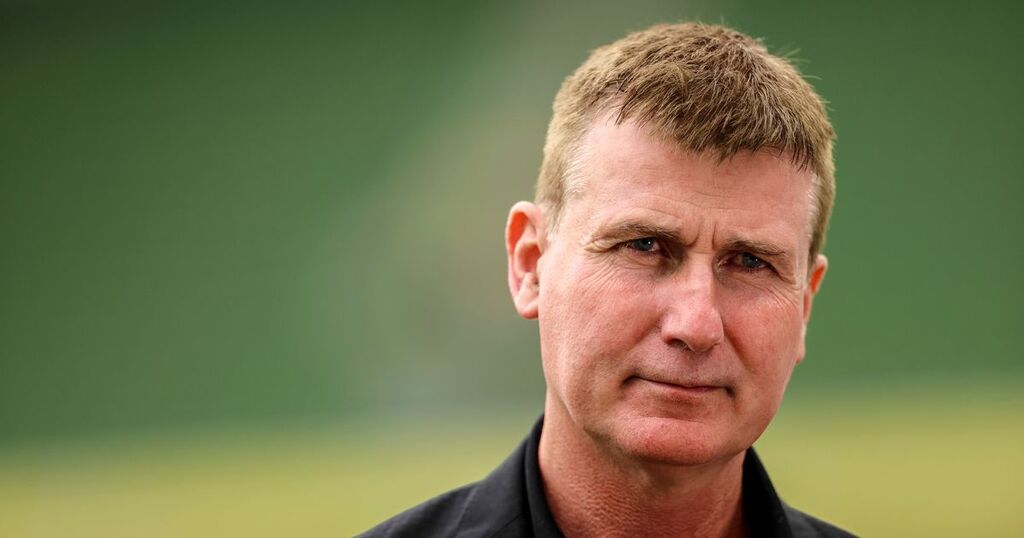 Stephen Kenny's League of Ireland roots are being used as a stick to beat him with and it makes my blood boil.

Let’s be honest, a significant number of Ireland fans didn’t want him anywhere near this team simply because ‘he’s League of Ireland’.

That he’s not steeped in the English game - that wonderful Holy Grail - means he’s about as desirable as chewing gum stuck to the sole of your shoe.

But a bit like the American presidential election, where is all this misinformation coming from that the League of Ireland is s**t?

Yes, we have a league run on a shoestring but do people not realise that players, coaches and clubs are consistently punching above their weight?

There’s just no measured understanding or acceptance of what our clubs face.

We’re supposed to be a proud, nationalist country but when it comes to our football we’re the complete opposite.

And that’s still the biggest threat to Irish football because the domestic game will never progress until more supporters get on board.

There’s a complete fracture down the middle as to whether we should side with Kenny and develop young players, give it time and also improve the League of Ireland.

Or, on the other hand, you have those who have nothing but contempt for the domestic league and what it produces - in this case the Ireland manager.

It really rubs me up the wrong way.

Once upon a time, Irish players were developed in England but that’s coming to an abrupt end with complicated Brexit implications.

Fewer and fewer Irish players will make it in the UK, never mind at the top level and some Ireland fans don’t seem to realise this.

They certainly don’t realise the impact the League of Ireland is going to have in shaping the national team in the future.

Players will have to be produced here but getting the majority of those fans to change their opinion of the domestic game is a huge undertaking.

After 30 or 40 years of neglect, and believing that sending players to England could cure everything, it’s a much bigger task than I ever thought it would be.

Kenny might alter people’s perception of the League of Ireland but that’s not his job and the buck doesn’t stop with him either.

The FAI may decide to replace him in November but if they go down that road, they better have a solid plan as to where they’ll get their players in the future.

Because it won’t be from England.

Irish clubs made good progress in Europe this year and I believe we’ll eventually get to a stage where people admit they were wrong about the League of Ireland.

It might be five or ten years down the road, but they will say it.

What a fascinating night’s action in the title race.

Shamrock Rovers are bidding to avoid a fifth straight defeat in all competitions and St Pat’s go to Sligo looking to put the squeeze on the champions.

Rovers' form is a concern but it also highlights how fickle attitudes can be in this game as it was only last May that they made history after a 33-game unbeaten run.

But you have to be on your mettle and do the business week in, week out. You never get a break but it’s not a holiday camp - this is the job.

It’s almost mid-September and, as champions, Rovers know this is the business end of the season.

Their poor form is giving hope to St Pat’s even though they have played two games more than their Tallaght rivals.

Rovers are good enough to recover from this blip, but they won’t get away with it for too much longer.

They have to play St Pat’s again and the Saints are their only real contenders and it looks like their lack of European football has kept them fresh.

I’d expect a strong performance from them in Sligo tonight whereas Rovers have to stop the rot against Waterford and show they have the stomach for this fight.

IN MY BUCK, KEITH DESERVES TO BE RECOGNISED

Seeing Keith Buckley’s happy head so early in the morning is good for the soul!

I was cycling into work the other day and spotted the Bohs captain heading down Pearse Street in his gym gear.

He had a big smile on his face and we exchanged some friendly banter.

People don’t realise the sacrifice that part-time players make in the League of Ireland.

They’re trying to steal an hour here and there in the morning or at lunch-time just to get their conditioning work in.

And a lot of them are doing so while trying to hold down a job, like Keith.

Bucko is a great guy and a smashing footballer and I wish lads like him could get that recognition with TV commercial deals or billboard exposure.

LOI DOC CAN BE A REAL HIT

If there are any millionaires reading this, could you get in touch with me.

I’m planning to make a League of Ireland documentary and I’m at the stage of mapping it out to get a format that works.

But yeah, paying for it is another matter so if you’ve any spare cash on the go, well, I’ll ping you the IBAN and BIC codes.

CITY IS ALIVE AND KICKING

I've been back in this big office for the last four months but bar one or two others, I’m here on my own.

Maybe people just don’t like me but, no, I think folk everywhere are in a state of shock and fear about venturing too far after working from home for the last 18 months.

But I’ll tell you something, Dublin city centre is buzzing again and people don’t realise it. Life is going on and will only accelerate.