By Jon Nazca and Mariano Valladolid 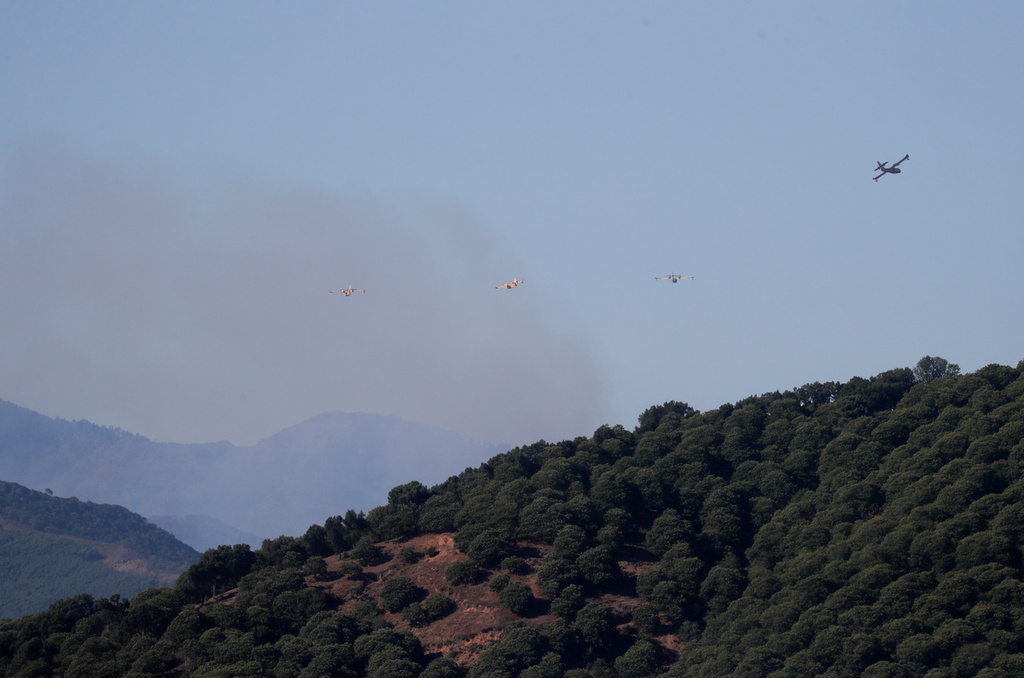 Worsening weather conditions on Friday afternoon forced the retreat of firefighters battling a wildfire near a popular Costa del Sol resort that has driven over 1,000 people from their homes and killed an emergency worker.

Andalucia's regional forest fire agency ordered the withdrawal of most of its firefighters on the ground as strong winds and high late-summer temperatures created a dangerous pyrocumulus, or fire cloud, in the area, it said on Twitter.

"This fire has extreme conditions that make almost any intervention useless," it tweeted.

Since erupting on Wednesday evening, the blaze has burned through around 3,600 hectares (8,896 acres) of forest in the mountainous Sierra Bermeja above Estepona, a Mediterranean resort favoured by British tourists and retirees.

Hassan Kaddoura, a 57-year old resident of the area originally from Germany, said police evacuated his family from their home in such a hurry they had no time to gather up any belongings.

"We took nothing ... For the baby I'll have to buy everything new for him to get him to the kindergarten ... everything is still at the house."

A few kilometres away, sunbathers looked on as bright yellow airtankers touched down in quick succession on the Mediterranean and filled up with water to dump on the blaze.

Authorities upgraded the fire's classification a notch to level 2, triggering the intervention of the central government, which contributed two planes and a Kamov helicopter to the operation, bringing the total aircraft deployed up to 69.

Emergency workers do not expect to bring the flames under control until Saturday at the earliest.

Regional environment chief Carmen Crespo said the blaze appeared to have been started deliberately and investigators were working to uncover more details.

Just over 1,000 people have been evacuated from four communities in Estepona and one in neighbouring Benahavis, and a 44-year old firefighter died on Thursday night.