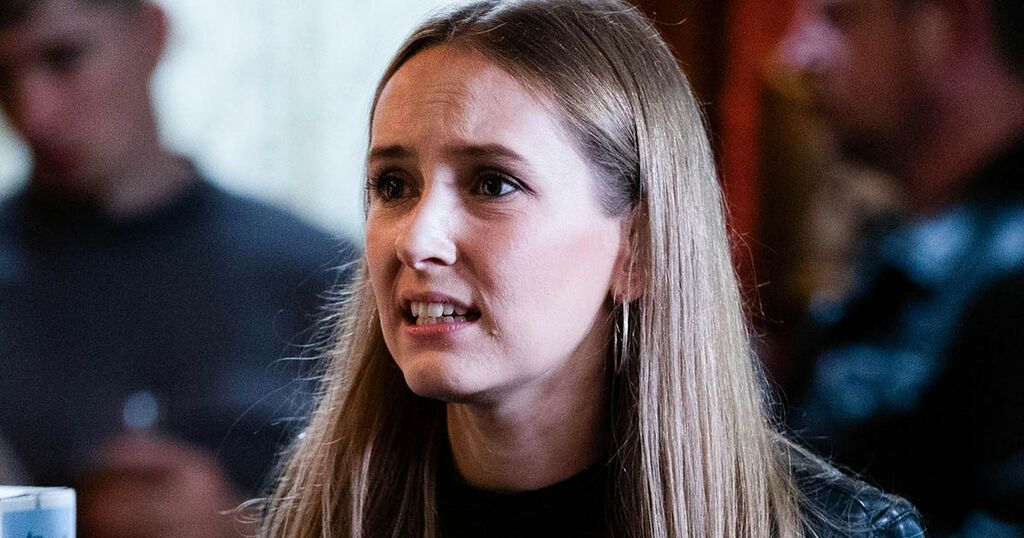 Strictly Come Dancing star Rose Ayling-Ellis has said she is already back to work filming EastEnders in Albert Square, off the back of her historic Strictly win with Giovanni Pernice.

The triumphant pair appeared on the This Morning sofa with Phillip Schofield and Holly Willoughby to discuss the upcoming Strictly tour and Rose revealed she returned to the EastEnders set on Monday.

She said: “My first day back was yesterday. It was good fun, it was weird to be back.

“Everyone was so excited to see me again. Back in The Vic, it was really lovely.”

The soap announced they had given Rose, 27, time off so she could concentrate on training for the dance competition.

A BBC spokesperson denied rumours at the time that her character Frankie Lewis would be exiting the show for good.

They said: “Rose has no intention to quit EastEnders and is very much looking forward to filming again in the New Year.”

Host Phillip began the interview by asking Rose about her Christmas break after celebrating their Strictly win.

She said: “I had Christmas with my family - it was all a bit mad - I had one week when I actually had a break.

Rose added that she’s “looking forward” to their upcoming Strictly tour, which will include runners-up John Whaite and Johannes Radebe.

The tour will span 33 shows, starting at the Birmingham Utilita Arena before wrapping up at London's O2 Arena on February 13.

Shirley Ballas, Craig Revel Horwood and Bruno Tonioli will sit on the judging panel, with Janette Manrara on hosting duties.

Rose said of the tour: “It’s not so intense because we won’t be doing new dances, we’ll be doing old dances.

“I can still enjoy the experience of Strictly, but it’s nice and slow.”

Giovanni added: “It’s not the pressure of 11 million people watching, it will be more relaxed.”

Phillip asked if they will be performing their iconic Couples’ Choice dance, which saw Rose, who was born profoundly deaf, and Giovanni movingly dance in silence, to pay tribute to the deaf community.

Rose confirmed they will be, saying it would be “weird” not to after the enormous popularity of their performance.

Giovanni said: “It was such a special moment. It’s such an important dance, it’s a statement.

“Doing it in an arena with 10,000 people live and to stop the music there would be quite spectacular.

“It’s one of the most beautiful things we’ve done on Strictly, so we both want to do it so much.”