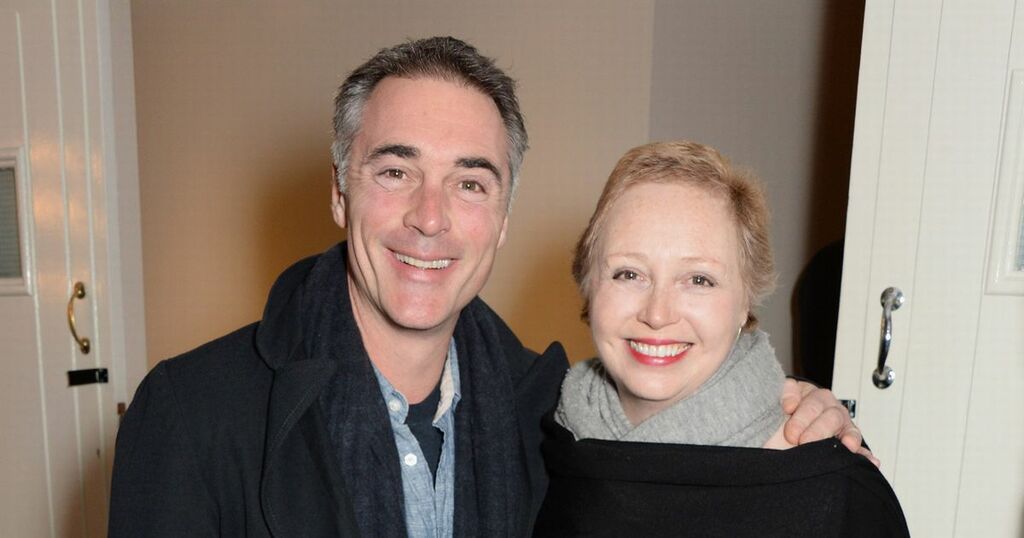 Greg Wise and his wife Emma ­Thompson had plans to waltz off on their first holiday together in seven years this autumn – until Strictly scuppered it.

At first Greg was going to refuse the offer, before realising he should take part in memory of his dance-loving big sister Clare, who died from bone cancer, aged 51.

Greg, 55, nursed Clare, who had previously beaten breast cancer, in the final stages of the illness in 2016.

He said: “She was a real disco diva, she was the dancer in the family and she left this world in a glitterball coffin, and as this show is glittery and diva-y and disco-y, I thought ‘I have to do it for her’.”

And Emma, 62, despite filming three movies since January herself, encouraged him go on.

Greg said: “I told my dear lady wife when they asked me, and I had said no, and she said ‘you’re mad, you’ve got to do it’.”

He said: “We were actually going to have our first holiday together in seven years and over the space of a five minute conversation, the entire autumn was kicked into the long grass and here I am.”

The couple met making Sense and Sensibility and Greg said he’d be happy to do a dance from the 1995 film.

“It’s just walking around in circles, like a really slow motion bit of Scottish country dancing... I could do that, absolutely, but I don’t think we would get scored very highly.”

He does not rate his chances of winning and is nervous about hurting himself. He said: “I am very, very, accident prone. I’ve got comedy bones. I do tend to fall off things and trip over things.”

He jokes he’d like a tough partner to keep him in line. “Someone who will thrash me. I need bullying.”

But Greg is keen to at least reach the Halloween special next month. He said: “My grandfather was Transylvanian, I’ve played vampires, so I’m sure we can go there.”

Greg, who was Lord Mountbatten in The Crown, has asked advice from last year’s winner and friend Bill Bailey.

He said: “Bill was very useful, one of the things he told me is to get my patent leather ballroom shoes already and wear them around the house. He had quite a problem with blisters on his heel over the run – I think it was known as shoegate.”

Greg is under no illusions about his chances. “I’d love to survive as long as possible. I’ve never dreamt of trying to do something like this, so it’s all about the challenge.

“I’m the oldest one here, I’m the grandad. So I’ve got to slightly emulate Mr Bailey from last year.”

He said his dance experience is zilch. He laughed: “I don’t dance at weddings, I’m the guy outside talking to people. This is all ­absolutely uncharted territory.”