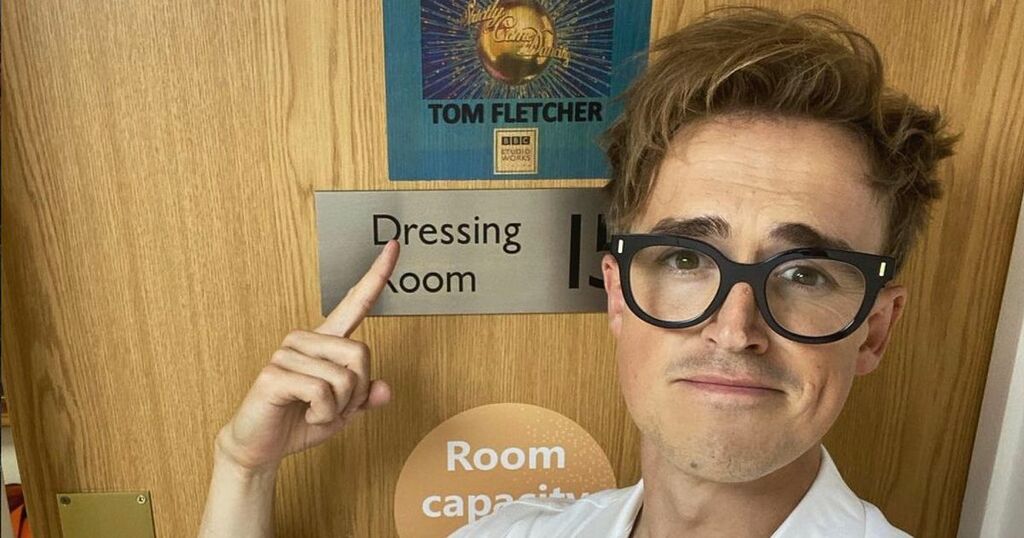 The McFly singer took to his Instagram account on Sunday morning to share a gruesome snap with his fans, as he prepares to compete in the upcoming season of Strictly Come Dancing.

Posting a snap of his tattooed foot to his two million Instagram followers, the 36-year-old could be seen to have one toe on his left foot covered in bandages.

"One day of @bbcstrictly filming and my foot looks like this," the dad-of-three began his caption - adding a nauseous looking emoji.

"Having too much fun to feel pain!" the singer continued, referencing his bruise and battered foot.

"Don’t miss the launch show on Saturday. Can’t wait to tell you who my partner is!"

While Tom was giving nothing away in regards to which professional he'll be dancing with, fans took to the comments section to make their guesses.

"Hope it’s Dianne," one follower wrote underneath the singer's post.

Another added: "I’m hoping for either Amy or Dianne!!! Honestly soooo excited for this year x"

"It’s either Dianne or Oti," a third speculated.

The singer and children's author is just one of the new celebrities hoping to take home the coveted Glitterball trophy in this year's offering of Strictly Come Dancing.

The Brit award-winning star was one of the first famous faces to be confirmed for the hit BBC show earlier this summer.

Wife Giovanna Falcone tipped her childhood sweetheart for success on the dance floor with a cute social media post back in 2020.

Posting to her Instagram account last year, the I'm a Celebrity...Get Me Out of Here! winner shared a sweet video of her husband enjoying a boogie with two of their sons.

Tom and future Strictly co-star Adam Peaty recently received a slap on the wrist from Instagram for 'sexual activity' after posting a snap of themselves stripped and ready for a spray tan.

The Olympic medal-winning swimmer and the singer shared the humorous snap with their followers on social media as they prepare for the show to kick off on Saturday.

However, Instagram wasn't too impressed with the update from the stars - removing the snap and banning the duo for 'sexual activity.'

Adam took the ban with good grace, sharing a screenshot of the message along with a crying-with-laughter emoji joking: ”Great, removed for sexual activity!”

The future Strictly star added: "Mad how Instagram get to decide what I upload and what I don't. Community guidelines should be your community.

Not deterred by the Instagram ban, the swimmer decided to try another social media platform to share the snap with his followers.

"Hope this doesn’t get removed this time.”

Strictly Come Dancing begins on Saturday 18 September on BBC One.