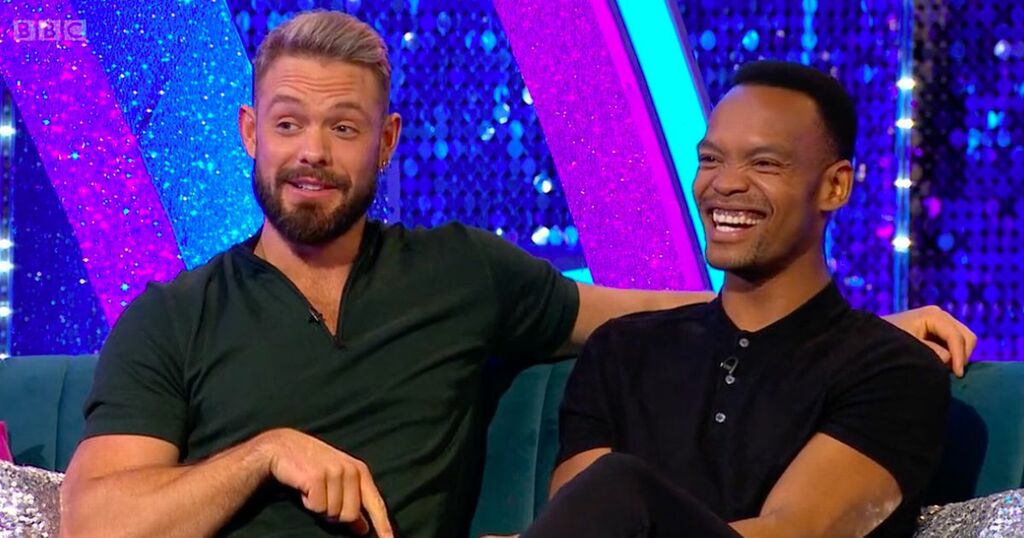 Strictly Come Dancing fans claimed Johannes Radebe and John Whaite were 'so flirty' as they appeared on Monday night's It Take Two.

The pair spoke to Rylan Clark about their show-stopping performance over the weekend which saw them receive three tens from the judges.

Professional dancer Johannes admitted: "I'm still buzzing, I'm not gonna lie," as the duo panicked about how they're going to top their Paso Doble.

When Rylan commented on the fact that head judge Shirley Ballas was very impressed with their Movie Week routine because they had listened to her critique from the week before, Johannes said: "It was important that we incorporated what she was talking about."

One person tweeted: "THE CHEMISTRY THAT JOHN AND JOHANNES HAVE IS UNMATCHED THIS YEAR!! #ItTakesTwo #Strictly."

A second viewer posted: "John and Johannes are SO SO flirty. Sitting really close and touching each other and talking so sweetly about each other. I ship them and I'm not even sorry. #ItTakesTwo #TeamJoJo."

A third added: "John and Jojo to win all the things plz #ItTakesTwo," while a fourth tweeted: "I could watch John and JoJo's paso on a loop for hours tbh #ItTakesTwo #itt."

John and Johannes are simply just good friends and have clicked with one another since being partnered up on the BBC show.

In fact, John has been with his partner Paul Atkins for 13 years - who recently said he's not worried about the dreaded Strictly curse at all.

Appearing on Steph’s Packed Lunch on Channel 4, Paul joined the culinary star during one of his regular appearances as the show's resident chef.

As host Steph McGovern quizzed the pair on all things Strictly, Paul revealed he wasn't too concerned about the 'curse'.