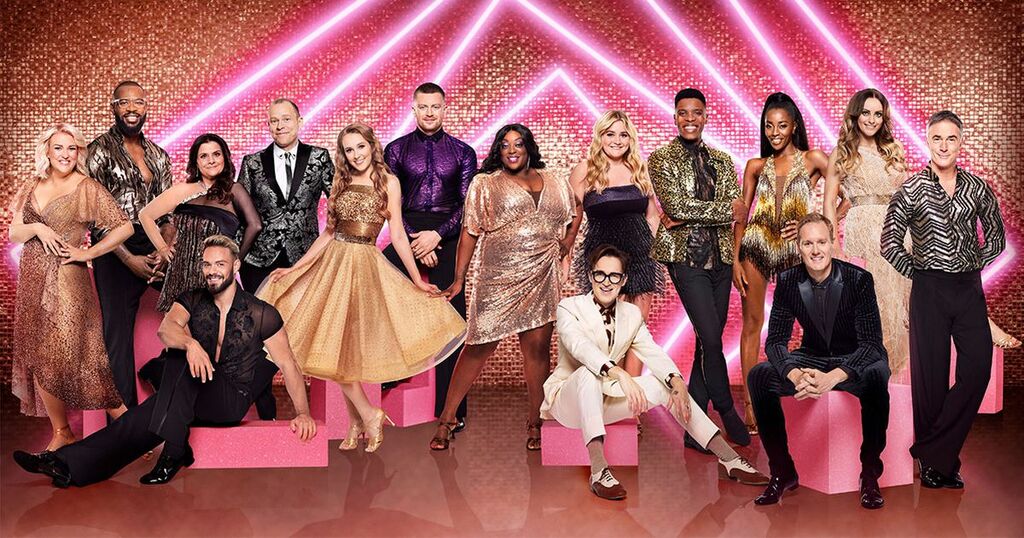 Strictly Come Dancing 2021's line-up have all undergone a super glam makeover ahead of the launch.

Each year, the BBC series releases images of the stars in their Strictly outfits for the first time.

It's all things tan, glitter and sequins as ever this year, with new images giving a first look at the line-up as they prepare to take to the dancefloor.

Some of the stars look very different, with them all looking amazing in their array of outfits following a visit to hair and makeup.

In scenes to air during the launch episode on Saturday September 18, the celebrities meet the judges and the hosts Tess Daly and Claudia Winkleman for the first time, in the famous studio.

All 15 names are there, along with all of the professional dancers.

Then, Tess and Claudia will officially pair up everyone and announce which celebrity is with which professional dancer for the rest of the series.

Each celebrity has their own glam promotional portrait, while Strictly has also released a stunning group shot of them all.

Tom, Dan and Robert sport glitzy suits, while some of the other men are seen to be wearing much more extravagant outfits.

From long flares, open-buttoned shirts, see-through tops and all sorts of patterns, they have certainly gotten into the Strictly spirit.

As for the girls, there is a mixture of short and long frocks with small-heeled shoes to complete the look.

From off-the-shoulder gowns to strapless frocks and wrap dresses, as well as a shimmery halterneck, the ladies look incredible.

New Strictly It Takes Two host Janette Manrara recently teased a first look at the celebrities dancing, ahead of their first performances.

Taking to her Instagram Stories, the former show pro dancer shared a clip of Nadia, Tilly and Tom all throwing some shapes, before the big reveal of who they were dancing with.

It seems they were rehearsing for the launch episode, with them all in their Strictly outfits for the first time.

It comes after Tom teased the "amazing" launch show, and said it was not to be missed.

Staying quiet about his name, Tom said he was very excited to reveal who he would be sharing the Strictly experience with.

He also dropped hints about the first show of the 2021 series, which was filmed this weekend ahead of it airing on Saturday September 18.

Tom shared how he has already faced the judges and joined hosts Tess Daly and Claudia Winkleman in the famous Strictly studio.

He did promise that it was going to be "amazing" viewing for fans though, before revealing why he would not be watching the launch show live next weekend himself, before the series kicks off later in the month.

He said: "We had our first full day filming Strictly yesterday. In the ballroom, all the judges there, Tess and Claudia, the pros. Us all together.

"Dancing... it was amazing. It was a long day but it was so much fun. It's on next Saturday so do not miss it."

He then confirmed he would not be watching live, as he and the McFly boys will be performing one of their tour dates.

He said: "I'm gonna be on stage actually so I'll miss it. Unless you're watching McFly at Wembley, that is your only excuse to miss it.

Strictly Come Dancing returns to BBC One on Saturday 18 September.