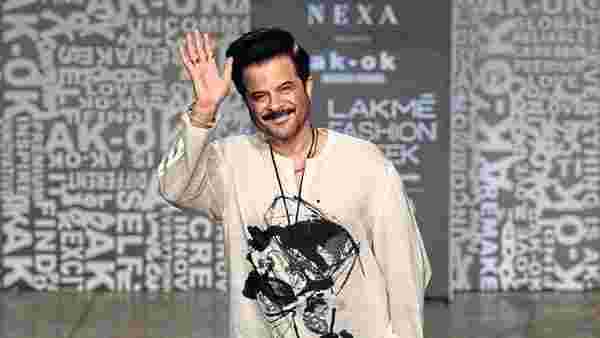 NEW DELHI : Video streaming platforms are increasingly signing up top actors and celebrities to attract viewers to individual shows and films, as well as increase awareness about the platforms themselves.

Platforms are using stars like short-term brand ambassadors, media experts said, getting them to tweet and post on social media, and appear in promotional songs and videos like Anil Kapoor and Rana Daggubati did for Netflix’s Money Heist. The Disney+ Hotstar campaign with Shah Rukh Khan, that has also brought Telugu actor Ram Charan on board for the southern market, is another example.

“Since the pandemic broke out, there have been many changes in consumer behaviour, especially in the digital realm. With deeper internet penetration and adoption, the opportunity to target a much larger section of the audience has opened up far and wide. We tailor-make all our campaigns and collaborate with celebrities who resonate well with the campaign or product and our brand ethos. Be it a renowned celebrity or an influencer, we’ve onboarded ambassadors who have a strong appeal either to mainstream audiences or to a niche community, depending on the nature of our campaign," Manish Kalra, chief business officer at ZEE5 India said.

For its recent original film Helmet addressing social barriers around purchase and usage of condoms, the platform brought in influencers and celebrities to spread the message, such as Ayushmann Khurrana, Sanya Malhotra and Rajkummar Rao.

Netflix, Amazon Prime and Disney+ Hotstar did not respond to Mint’s queries.

Ashwin Padmanabhan, president, trading and partnerships, GroupM India said that apart from creating a campaign around an individual show, companies also look to promote the platform itself, which is the route adopted during launches or like now when there is a flood of content and increasing competition. For instance, during the first phase of the Indian Premier League in April, Netflix brought out a video with Ranbir Kapoor asking viewers to come back after the tournament was over.

“The reason platforms use a celebrity is exactly why any other product would use celebrities—cut through the clutter and drive preferential sampling. For a platform using movie and entertainment celebrities as advocates works even better as the credibility is higher," Padmanabhan added.

While brand ambassadors are typically locked in for two to three years when they do not take on any competing products, things are changing in the digital age where influencers and celebrities are used to drive momentary traffic, said Mehul Gupta, co-founder and CEO at SoCheers, an independent digital agency.

While brands still utilize the standard static or video post on Instagram, Facebook, or Twitter, interactivity is now being driven via things like a hashtag challenge of a short video platform, or a live stream including a Q&A with audiences. “Even the posts are becoming innovative where multiple celebrities in a campaign start commenting on each other’s posts thus creating an interesting banter that their fans can join in," Padmanabhan added. ,

Divya Dixit, senior vice-president, revenue and marketing, ALT Balaji said the platform has always promoted its shows’ star cast as brand ambassadors and tried to reach out to their fan base to get maximum traction.

“We focus on factors like target audience, age group, genre and demographics before finalizing the list of celebrities," Dixit said.

There is no one-size-fits-all as far as celebrities and influencers go, and the idea is to make it personal and go from the top to bottom of the funnel, said Ali Hussein, CEO, Eros Now.

The service had onboarded Ayushmann Khurrana and Kartik Aaryan to unveil its originals last December, and a range of footballers to promote its sports original Saat Kadam in March.

The cost for campaign faces with wide mass appeal can be Rs. 1-5 crore while an occasional tweet or a shoutout can range from Rs. 1-10 lakh or higher, said Harikrishnan Pillai, CEO and co-founder of digital agency, TheSmallBigIdea. “OTT platforms know that the early adopters have tried all platforms and made their choices. These, however, are still a thin sliver in comparison to the audience available. So, they are looking at celebrities with large mass appeal to drive the rest of the early majority and eat into the late majority too," Pillai said. Getting a celebrity brand ambassador for the long term for an OTT platform is not really a prudent call, Pillai added, because while platforms are the destination, content is the real product and an OTT platform’s content is never pivoted around one celebrity.

“We are living in an era that is witnessing high social media penetration and OTT engagement. Almost 50% of Indian endorsements feature celebrities as companies understand the celebrity-loving nature of their audience. Brands must acknowledge the popularity of OTT platforms in India, especially after covid, and the value that celebrity endorsements hold. Bringing the two together along with relevant marketing strategies can definitely help OTT platforms rise," Shrenik Gandhi, chief executive and co-founder at digital agency White Rivers Media said, agreeing that Hotstar has tried to tap the regional diversity of the Indian population by getting region-specific celebrities for pan-India appeal.