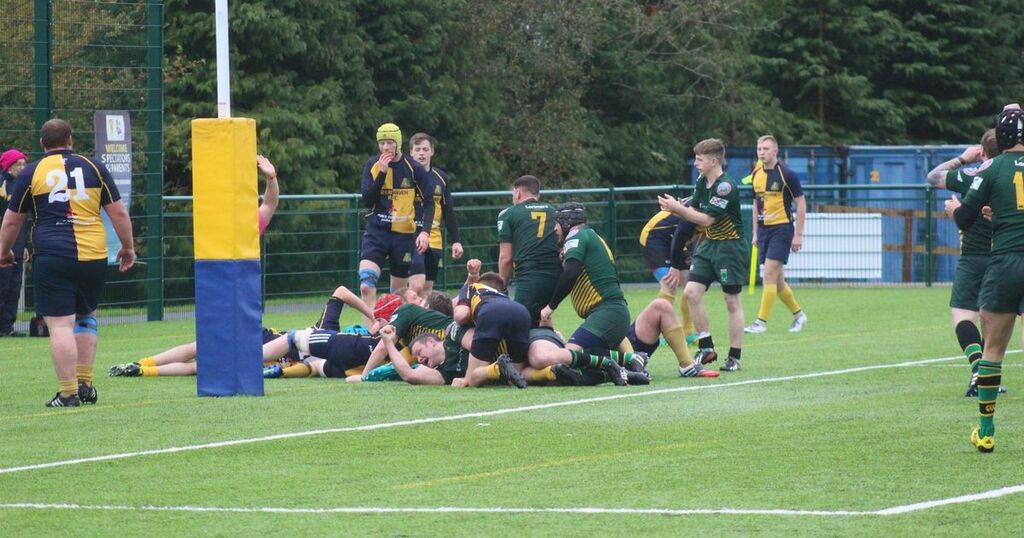 Strathaven Rugby Club boss Grant Neilson was delighted to see his boys playing again as they kicked off their West League Two campaign with a good 45-14 win over Uddingston.

Neilson said training was incredible during the week, with everyone desperate to grab a spot in the team, and expects similar ahead of their clash at Clydebank this Saturday.

Their performance was a high point on the day as Strathaven ran riot, but Neilson is just excited to be back involved again after more than a year out of action.

He said: “It was brilliant to get back out there.

“The boys played a blinder, I really enjoyed it, and it’s just great to get back playing competitive rugby.

“The boys really thrived on it, and it was a great turnout of spectators, so it was a great day all round and a brilliant way to kick-off the season.

“Training has been pretty tough-going for the boys, they were all fighting for a spot, and the boys who were picked absolutely loved it.

“It’s brilliant to be back and see the boys playing rugby again.”

Neilson expects a tough game at Clydebank but says his players will be ready.

He added: “Clydebank are a tricky outfit, they beat us at home last season, but we’ll have another hard week at training and try to prepare as best we can for them.

“We’ll try to take Saturday’s win on board, learn from mistakes, and give it everything.

“It was a good platform for us to take into Saturday but Clydebank are a good outfit so we’re certainly not going to be going into it cocky, we’ll just try and play our game and see how it goes.”

Covid struck hard over the weekend, with several games postponed due to outbreaks, and Neilson just hopes they get through the season.

He said: “It’s going to be the norm, going forward, that there will be games called off, but I’m hoping we have such depth in the squad that we won’t need to call off many.

“Although it might be a bit frustrating at times, we just need to deal with it, but I’m dead excited for the season and the boys are absolutely buzzing.

“We’re all just looking forward to getting stuck back into it.”