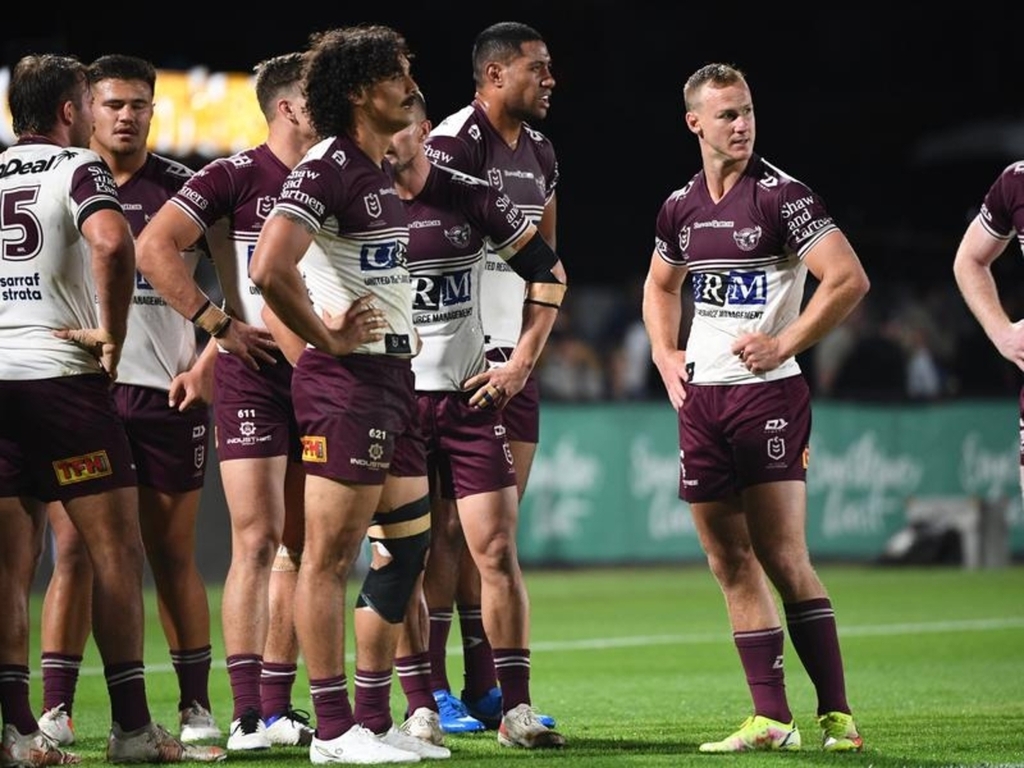 Manly skipper Daly Cherry-Evans has described their brutal qualifying NRL final loss to title favourites Melbourne as a "wake-up call" for his team.

The Sea Eagles were outclassed by the Storm 40-12 and now face a must-win semi-final against the Sydney Roosters in Mackay on Friday night.

Manly were touted as a team who could really test the reigning premiers, heading into the opening final on the back of four successive wins and with the game's best player Tom Trbojevic in sizzling form.

"I think it was definitely a wake-up call," Cherry-Evans said on Sunday.

"The hard work was done to get there and maybe we had too many people assume that it was just going to continue to just happen.

"Melbourne certainly showed us that there's still a lot more hard work to be done - the way they executed their game plan was really top shelf and it was hard lesson to learn."

Trbojevic's strike power was neutralised by the Storm's suffocating defence but Cherry-Evans said it wasn't just up to the superstar fullback to improve.

He said the entire team needed to do better against James Tedesco's Roosters or it would be season over.

"I understand that there's the big storyline around Tom saving us and Tom being the only thing that does well at Manly but the reality is there's a lot of good work that goes on before that," the veteran halfback said.

"Tom will be the first to admit when our forward pack goes forward and our halves provide him with good opportunities, he's the best player in the game.

"He certainly has moments where he does it on his own but we as a team need to play better so people like Tom get the benefits of it."

Cherry-Evans welcomed any extra attention from the Sydney Roosters, believing they weren't a weakness.

"If you leak in a lot of tries on your edge it's going to pop up in the preview for the side that you're playing next but if you look at the season ... our right side certainly hasn't been easy picking for tries.

"If people want to continue to go down that path that's fine, but I think throughout the season you'll find that we certainly weren't an edge that was targeted or is an Achilles heel of the Sea Eagles side."