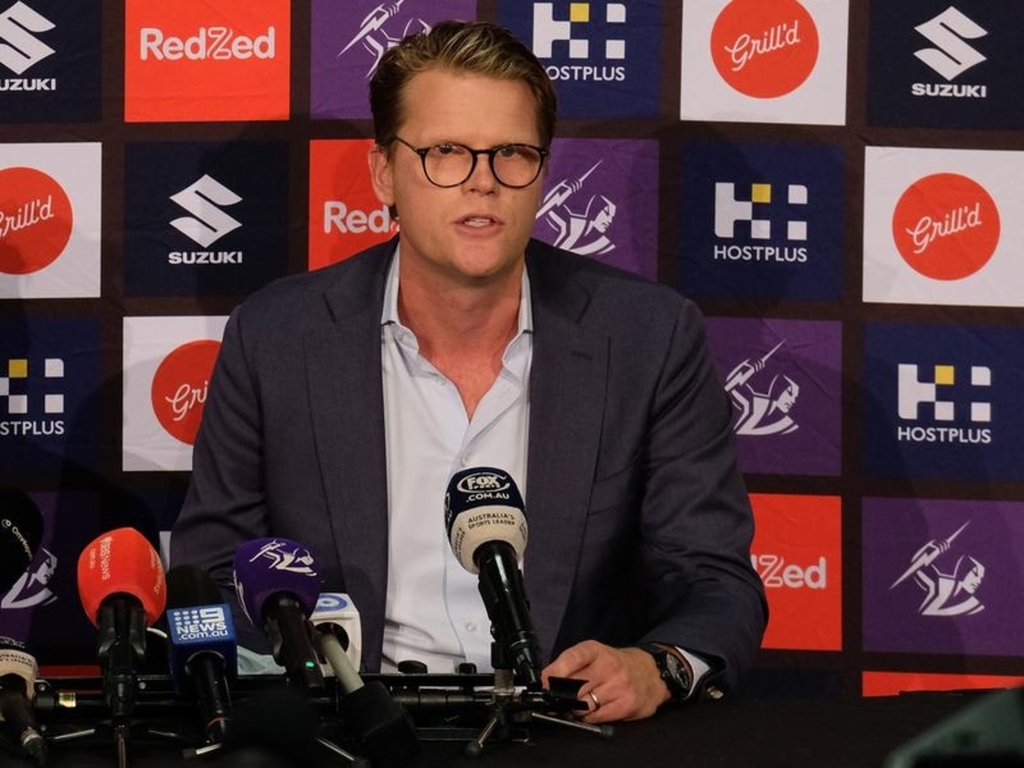 The NRL has bowed to pressure and brought forward Melbourne's preliminary final start time to avoid a bewildering clash with the AFL grand final on Saturday week.

Rugby league headquarters was lashed after announcing it had scheduled the Storm's match on September 25 to kick off 35 minutes after the first bounce of the AFL grand final in Perth.

Melbourne CEO Justin Rodski described it as a "huge missed opportunity" for the NRL's push outside of rugby league strongholds NSW and Queensland.

He also said it was disappointing for Storm fans, forced to choose between their NRL team and AFL.

With two Victorian teams - Melbourne and the Western Bulldogs - featuring in the decider, the NRL faced a near impossible task of drawing viewers in the southern state.

While the NRL had earlier flagged they were would stand their ground, they backed down on Monday after discussions with broadcasters Nine Network and Fox Sports.

Instead of a 7.50pm start time at Suncorp Stadium the Storm's grand final qualifier will now kick off at 4pm AEST.

Premiers Melbourne will take on the winner of this week's semi-final between Penrith and Parramatta.

"Rugby League is about the fans who have made it clear across the weekend that they are disappointed about having to choose between the preliminary final and the AFL grand final," NRL boss Andrew Abdo said.

"We pride ourselves on being agile and listening to our fans. It's clear that a small change to the schedule provides the best outcome for our fans in Melbourne who have been incredibly loyal throughout the pandemic."

Abdo said a daytime preliminary final was also a positive outcome for fans in Brisbane, allowing more families to attend the game.

The AFL decider is traditionally an afternoon affair at the MCG but the COVID-19 pandemic forced its relocation to Perth's Optus Stadium and changed the timeslot to 5.15pm local time (7.15pm AEST).

Rodski said the defending premiers had requested to play Friday night or the 4pm timeslot on Saturday and applauded the NRL's decision.

"We appreciate the flexibility of the NRL and broadcasters in giving our fans the chance to watch Storm live on Nine or Fox, particularly for those who have missed out seeing our team play at AAMI Park over the last two seasons," Rodski said.

"I'd like to thank Andrew Abdo and his team for being agile and listening to the fans who are critical to the future of our game in Victoria and across the country.

"Scheduling is never easy, and we appreciate there are a lot of variables that need to be taken into account."

Meanwhile, Melbourne announced they had re-signed all of coach Craig Bellamy's assistants - Marc Brentnall, Stephen Kearney, Aaron Bellamy and Ryan Hinchcliffe - for at least the next two years.