Stocks Appear To Be Breaking A Four-Day Slide 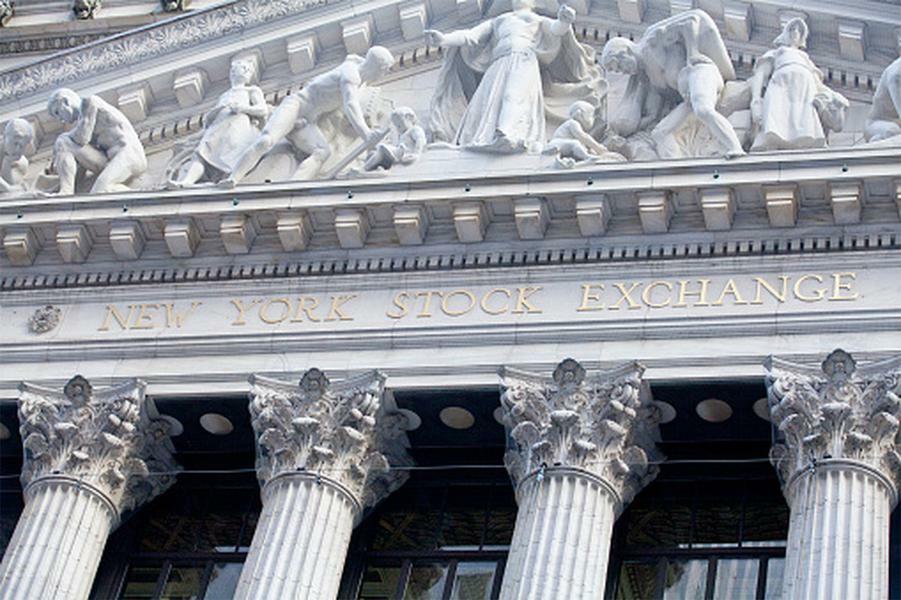 After four straight down days on a shortened week of trading, stocks may be setting up for a higher open. The market was consistently on the rise overnight. However, the Producer Price Index (PPI) hardly garnered a reaction from futures traders. Gold bugs, which tend to be sensitive to inflation, haven’t moved gold futures (/GC) off the 1,800 level.

As a gauge of inflation at the wholesale level, the PPI came in as expected. This is good news for investors concerned about inflation. However, Monday’s Consumer Price Index (CPI) still looms. Additionally, the grocer Kroger (KR) is trading lower after reporting lower revenue despite beating on profits.

Wells Fargo (WFC) was a big mover overnight, rising about 2%. Apparently, investors are seeing value there despite WFC being hit with another fine by bank regulators for unsafe practices. According to one analyst, the fines was much lower than expected.

Remember to keep your thoughts and prayers this weekend with those that sacrificed so much on 9-11.

Reading the tape on tapering is becoming more difficult because we’re seeing conflicting messages from the central banks. On Thursday, the European Central Bank (ECB) announced plans to slow its pace of asset buying. However, the bank president Christine Lagarde used the announcement press conference to clarify her position by drawing upon the spirit of Margret Thatcher, “The lady isn’t tapering”. (In 1980, U.K. Prime Minister Margret Thatcher said, “the lady is not for turning” in response to pressures related to her economic policies.) So, what are we to call this reduction?

You can call it whatever you want to, but President Lagarde made it clear that until inflation becomes a problem, “real” tapering may not be necessary. Currently, Europe is seeing inflation below its 2% target so the pressure to taper is low.

The non-taper tapering or mini-tapering begs this question, “Will the Fed feel the need to match the actions of the ECB with a “reduction” of its own?” Fed Chairman Jerome Powell is already seeing increased pressure from members of the Fed’s governing board to start tapering. As mentioned in Wednesday’s Market Update, St. Louis Fed President Jim Bullard was outspoken in his interview with the Financial Times that tapering should start before the end of the year. It remains to be seen if that becomes a reality.

The way it looks right now, the market doesn’t seem to believe that the Fed will act any time soon. The 10-year Treasury Index (TNX) dropped more than 3% on the news and E-mini Euro FX (/E7) futures contract went up by just 0.06% on the news.

But, there’s more to it than just the central banks playing in the bond markets.

According to a recent Bloomberg report, high-grade corporate bonds issuers are attempting to entice cash-rich investors. How? Well, the bond market saw 21 deals with an estimated $45 billion in weekly sales. Companies like Caterpillar (CAT), Home Depot (HD), and American Honda are some of the top names looking to raise money on the bond markets.

The only new issuers in the high-yield markets are Papa John’s (PZZA) and Solenis. With rates low and before the Fed starts tapering, it may be a good time for companies to raise some capital, because supply is restricted. The Fed is still buying up large amounts of Treasuries and congress is still fighting over the debt ceiling. So, it could be good timing for finding lenders.

It’s possible that many companies could see a growing pipeline of acquisitions and leveraged buyouts that have the potential to provide future growth. Of course, another popular use might be stock buybacks. Business Insider and MarketWatch reported that stock buyback programs hit a record high in March 2021 and April saw the second highest monthly total of $200 billion.

It’s also possible for some companies to see some success with buybacks. According to a study from Ned Davis Research, if it weren’t for the buybacks, the S&P 500 would have been 19% lower between 2011 to 2019. Of course, this practice is controversial and has caught the attention of congresspeople. CNBC reported that Democrats were weighing a proposal to tax companies that repurchase a “significant” number of shares.

Continued Turbulence for Airlines: Another sector that has seen plenty of attention from congress is airlines. Airline investors have found themselves looking for the sick sacks over the last 18 months because of the pandemic. First, they were grounded by the lockdowns and stocks fell. Then they found lift from a government bailout which helped the airline stock prices. Now they’re faced with rising oil prices, cancellations, and labor issues, all of which are making the ride rough once again.

American (AAL), Delta (DAL), JetBlue (JBLU) Southwest (LUV), and United (UAL) have all reported a slowdown in bookings and an increase in cancellations. Rising Delta variant cases appear to be sparking alarm among travelers. Johns Hopkins University is reporting a slowdown in cases from 30% weekly increases to 11% increases. If the trend continues or falls, it could good news for airlines.

However, Covid-19 may not be providing headwinds to airlines, particularly UAL. The company has given its employees a September 27 deadline for getting vaccinated or be terminated or set on unpaid leave. While there may be exemptions for medical or religious reasons, UAL could find itself with a labor shortage depending on employee compliance.

But, motivating people to act is a problem with SPACs too.

Is there any redemption for SPACs? SPACs or Special Purpose Acquisition Companies were quite popular a year ago, but may have fallen out of favor. Perhaps investors are confused on the SPAC acquisitions because the companies are redeeming their shares prior to the deal vote and then voting in favor of the acquisition. The redemptions are leaving SPAC managers without the money needed to complete the acquisitions. So, the SPACs are then left scraping together a new coalition or putting more of their own money in the deal to make it go through.

To get a better idea of what’s going on, recently Spring Valley Acquisition (SV) saw investors redeem about 80% their shares according to a CNBC report. Centricus, Arquit Quantum (CENH) saw investors redeem $32.4 million of its $32.5 million capitalization just before voting. Because of these redemptions, many SPACs are struggling to keep their share price above the $10 buy-in level. As of Thursday’s close, SV was trading at $9.16 and CENH was near $8.35 per share.

But the redemption problem hasn’t stopped deals from being announced. On Thursday, Reuters reported that the U.S. e-commerce firm Packable announced plans to merge with the SPAC Highland Transcend Partners (HTPA) for $1.55 billion. Additionally, Energy Vault announced plans to merge with SPAC Novus Capital Corp. II (NXU) for about $100 million per The Wall Street Journal. Investors will have to wait to see if the SPACs can be redeemed when the vote comes.

It’s important to note that SPACs are complex and differ from traditional stocks in several ways. Investors should educate themselves and understand how these instruments work. In some cases, SPACs may fall within the SEC’s definition of penny stocks or are considered micro-cap stocks, which tend to be thinly traded and more volatile than large-cap stocks.

The Fed’s reverse repo risks: The Fed is seeing money problems of a different kind.

One of the responsibilities of the Federal Reserve’s Open Market Trading Desk, also known as “the Desk”, is to facilitate reverse repurchase agreements called “reverse repo” or “RRP”. In a nutshell, that means that when banks have excess funds above its capital requirements, it looks for a place to lend those funds overnight—usually to other banks. When there are no takers, banks will lend to the Desk.

In recent months, banks have had to use the Desk more and more as liquidity in the system appears to be flush with cash. In June, the Desk neared $1 trillion for the first time per Barron’s. The reason for this is that the Treasury also uses the Desk and had $459 billion in cash with them.

Treasury secretary and former Fed chair Janet Yellen has appealed to congress to take swift action in raising or suspending the debt ceiling. Otherwise the Treasury may soon have to rely even more on the Desk.