Stewartry Young Farmers look back on strange but busy 2021 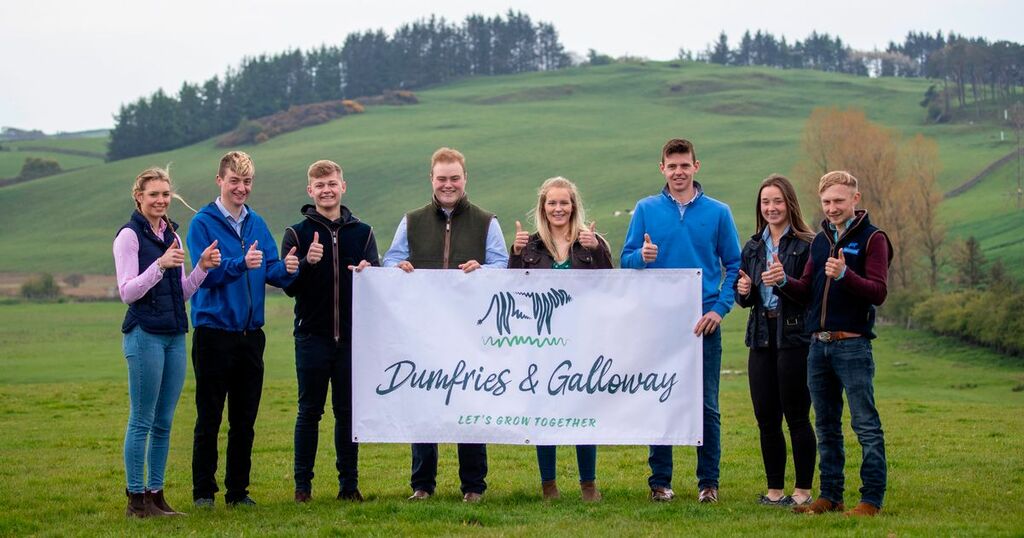 Stewartry Young Farmers have been looking back over a very strange but busy year in 2021.

The club appointed its new committee on Monday, March 15 and this saw a mixture of old and new faces join the team.

As soon as the new committee was appointed, they were straight into getting events in the diary.

The club set off the year by securing three new sponsors to whom it is very grateful – James Smith Fencing, James Gordon Ltd and Galbraith.

The year began with a lot of engagement with members online until they were able to get out and about.

The first in-person meeting came in May in the form of a rounders night at Stewartry Rugby Club.

At the end of May, club secretary Meghan Carson and committee member, James Rea took part in and won the Dumfries and Galloway Country Cooks competition.

On the same weekend, Fiona Armstrong, the Lord Lieutenant of Dumfriesshire visited the club in her capacity as president of the Royal Highland Show, to create a number of promotional videos for the event showcase in June.

Club chairman John McCulloch had the honour of judging the Beef Shorthorn section at the showcase, alongside young judges from all over Scotland.

The club also had a strong presence at the west region and national handicrafts competitions with a junior and senior team competing at both.

At the end of July, a car treasure hunt was held with 19 vehicles taking part.

On the same weekend, the club held a farm safety training night at Boreland of Colvend by kind permission of the Roan family.

In August, a “Bun Run” was held as a replacement for the conventional coffee morning.

Members sold and delivered 100 boxes of cakes to raise more than £1,000 for the club and its chosen charity for the year, the Retired Farming Social Group.

In addition, two boxes of cakes were donated to the team at the Covid-19 testing centre in Kirkcudbright.

On September 27, the annual charity football match was held in memory of Scott Carson who sadly passed away in 2017. This match was held at St Cuthbert Wanderers in Kirkcudbright and contested by a team from Dumfries and Galloway young farmers and one from Stewartry Rugby Club.

The match, which the rugby club won 4-1, raised £900 for CALM – The Campaign Against Living Miserably.

On October 17, a charity tractor run took place following a route from Castle Douglas to Kirkcudbright and back round the coast road through Dundrennan and Auchencairn.

Many prizes were awarded on the day which were very kindly donated by businesses in the area.

At the end of October, club secretary Meghan Carson and committee member, Abby Forsyth were named by the Royal Highland Education Trust as their two new ambassadors for Dumfries and Galloway.

On November 18, the club held a joint farm walk with Lower Nithsdale at the Crofthead AD Plant, by kind permission of the Barbour and Callander families.

Everyone had a great time, learning about the process which goes into making gas and now dry-ice at the plant.

Towards the end of the year, a club day away saw members visit the trampoline park at Carlisle as well as the annual panel night.

The club finished the year with a Christmas meal held in the Laurie Arms Hotel, Haugh of Urr.

This is always one of the highlights of the year for members and everyone enjoyed a night together before the new restrictions.

Unfortunately, due to the current Covid-19 situation, the club has had to postpone the concert due to take place at the end of January.

It has been a challenging year for the club, however, membership has grown to 50 and there is an enthusiastic committee keen to see the club thriving and competing on the national stage.

The club would like to thank the entire community for its support throughout the year and wish everyone a happy, healthy and prosperous new year.