Steven Gerrard ditches Dubai for campervan holiday with his family 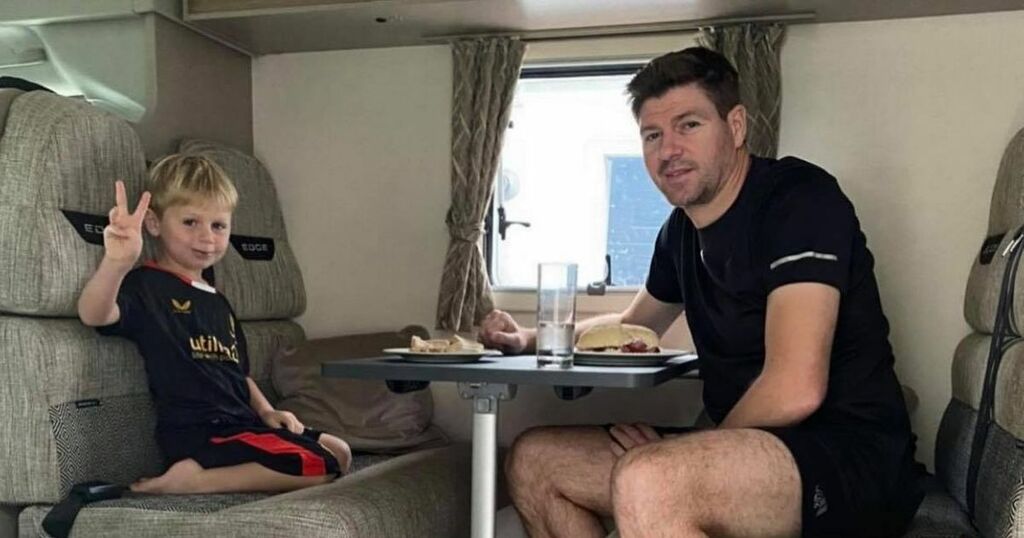 Rangers boss Steven Gerrard has decided to ditch Dubai and opt for a campervan holiday with his family in the UK.

Gerrard was back in the dugout for his teams win over St Johnstone at the weekend, making it Rangers first game since their 1-0 win over Celtic before the international break.

Gerrard and his family enjoyed a nice UK campervan holiday during the international break.

Previously Gerrard and his family have joined the rest of the footballers enjoying sunning themselves up in Dubai, but the family ditched it this year for a holiday closer to home.

The family were more than happy to just hire a campervan for them to enjoy their time together.

On Instagram, Gerrard shared pictures of the campervan and of him and his son Lio sitting at the table together as well as other cute snaps of his son.

While he captioned them: "Thanks to Barlow Trailers' quality service for campervans.

"Great few days with the family."

Now he's back, the manager will now have his full focus back on his day job as he prepares Rangers for their Europa League clash with Lyon.

The Light Blues host the French giants at Ibrox on Thursday evening as they aim to get their group stage campaign off to a good start.

Former Ibrox star Kirk Broadfoot reckons Moussa Dembele will be a real threat on the night.

The Lyon star enjoyed scoring against Rangers during his time at Celtic.

He said: “Even at a young age you could see he was big, powerful and strong. Dembele had all the attributes to be a top striker.

“He was always going to improve and he showed last season the high level he can play at.

“He has improved technically, and he’ll be a real handful for the Rangers defence. There is no doubt about that.

“He will probably have that added bit between his teeth being an ex-Celtic player as well.

“If you can keep him quiet then you have half a chance, although Lyon have a pretty impressive squad."