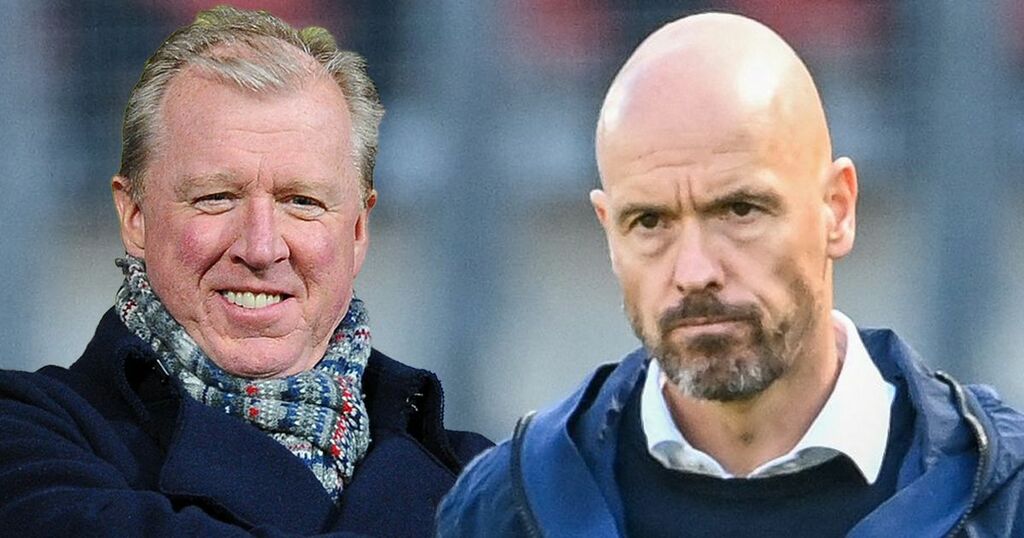 Appointing Steve McClaren is a shrewd move by Erik ten Hag after winning first Man Utd battle
Manchester United have been accused of trying to recreate the past since Sir Alex Ferguson, but Erik ten Hag's decision…

The Independent UK
One subscription that gives you access to news from hundreds of sites
Inside Erik ten Hag's Man Utd meeting: Who got the invite and transfer plans revealed

The rant from the Texas A&M coach was sparked by Nick Saban, but the emotion behind the response has been…

Steve McClaren could be set to provide some home truths for several members of the Manchester United squad if, as expected, the former England manager is appointed as one of Erik ten Hag's coaches.

Incoming boss Ten Hag will get down to work at Old Trafford in the summer, and he has informed club chiefs of his desire to appoint McClaren as one of his trusted lieutenants.

The pair worked together in McClaren's first spell in charge of FC Twente in 2008, when Ten Hag served as his assistant, and the former England boss is now set to return to a club where he served as No.2 to Sir Alex Ferguson between 1999 and 2001.

McClaren has clearly been keeping an eye on the squad of late, and it was only in March when he provided his fairly frank assessment of the players at Ralf Rangnick's disposal after a 4-1 Manchester derby defeat at the Etihad Stadium.

Speaking to Laura Woods, Ally MCCoist and Jamie O'Hara on talkSPORT, McClaren praised United's first half display at the Etihad - where Jadon Sancho had equalised an early Kevin De Bruyne goal - only to then criticise them for the manner in which they fell apart.

"I was quite satisfied at half-time, and there was only De Bruyne who was the difference between the two sides," said McClaren.

McClaren went on to claim that several members of United's squad shouldn't be at the club.

"The game is about running. The top teams run. They run with energy, intensity, and they commit. United did that in the first half, but in the second half that's when they have to stick together and they never did that," he said.

"Under that surface there are big problems in that dressing room and that football club. No-one has solved them.

"Ole [Gunnar Solskjaer] was close, and he must have fought every day to get them running, and that's the problem.

"The solution is quite simple. They need a manager who the players will trust, and they will run for and die for.

"And you need to get the bad ones out of the dressing room, this is the key to it.

"Roy Keane was spot on. Five or six don't deserve to wear the shirt. Get them out of the club, and sign players who will run and fight for that shirt."

Appointing Steve McClaren is a shrewd move by Erik ten Hag after winning first Man Utd battle
Manchester United have been accused of trying to recreate the past since Sir Alex Ferguson, but Erik ten Hag's decision…

The Independent UK
One subscription that gives you access to news from hundreds of sites
Inside Erik ten Hag's Man Utd meeting: Who got the invite and transfer plans revealed