Stephen Kenny will 'pick players on form, not the league they play in' 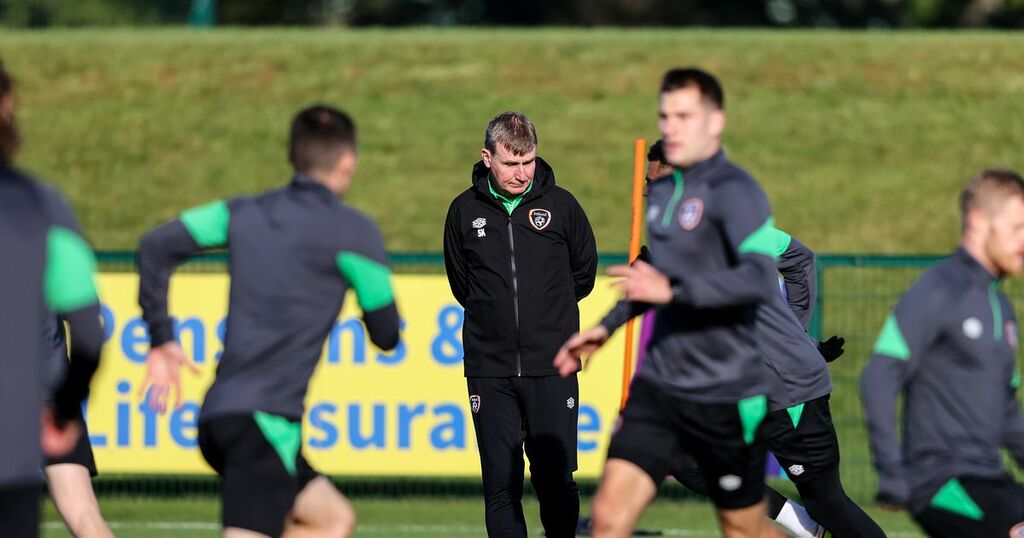 Stephen Kenny insists he will continue to pick players based on their form - not the league they play in.

Seven of the Ireland squad to face Qatar tonight - and Azerbaijan last weekend - are with League One clubs.

Two of them, Gavin Bazunu and Troy Parrott, are on loan from Premier League giants Manchester City and Tottenham.

And Jamie McGrath is at mid-table Scottish Premier League side St Mirren.

But Kenny said last night: "I agree that is unusual to be playing for Ireland but you got to pick what you see and if players do well you have to reward that.

“I can't be influenced by what club they are at and base selection on that. If players do well you have to reward them."

Quizzed specifically about Ogbene and McGrath as they are emerging forces in the Irish team, Kenny said it would be wrong of him to urge them to move to a higher level.

"It wouldn't be appropriate to say anything about either club because they have been a big part in their development in the last year.

“To be able to play a lot of matches has helped them develop.”

Ogbene could be rewarded with a starting role tonight having come off the bench to score his first goal for Ireland in Baku on Saturday.

Against Hungary in June, he became the first African born player to win a senior cap for Ireland.

And Kenny said: “The thing with Cheio is there was a long process to get him registered to play for us.

“The process was with UEFA and FIFA, having to trawl through records, which I didn’t feel was right. He was living in Cork since he was seven.

“It’s not like other sports where you can just change nationality. He grew up through the schoolboy system, came into Cork City, went to Limerick and moved in his 20s.

“For me, he should have been allowed to play for Ireland a long time ago but he wasn’t. We have a long process.

“The minute I got the job, or before it, we were trying to get him free to play and it only happened just ahead of the summer window. It was only right.

“A lot of people in Cork are very proud of him having done so well. He’s forging a career for himself at the moment in League One.

“Ideally, you’d want him playing at the highest possible level he can but he’ll take each game step by step.”