Staying Close To His Roots 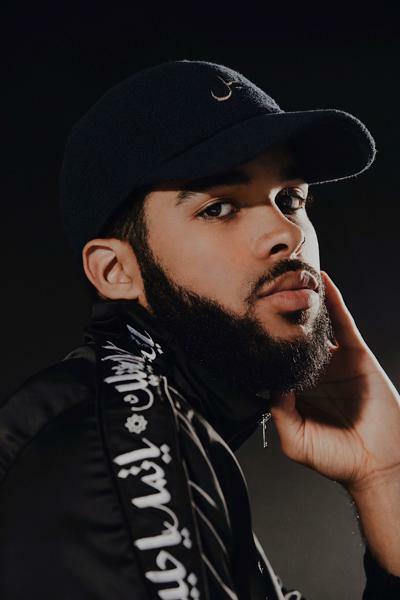 A devoted fan of hip-hop and Urdu poetry, 30-year-old Taha Yousuf, brings his love for both South Asian and Middle Eastern culture to his fashion label, LoveClosely, by creating pieces which carry a unique, homegrown aesthetic.

Born and bred in Sharjah (in the United Arab Emirates), to Pakistani parents, Yousuf’s streetwear label, that he launched in 2018, has been worn by a number of celebrities such as Roy Woods, French Montana and Riz Ahmed to name a few.

Currently based in Toronto, Canada, Yousuf is dreaming big about the future of LoveClosely. Speaking about the pros of running a small business which focuses on slow and sustainable fashion, the young entrepreneur also reveals his driving force: Yousuf’s constant quest for identity and how the journey continues to shape not just his work, but also his worldview...

SR: What inspired launching your own fashion label? Were you always inclined towards fashion?

TY: I started LoveClosely in 2018 and what inspired me was not seeing representation of my culture and clothing done in a way that really resonated with me. I was always inspired by Arabic, Persian and South Asian art, history and culture. Other brands have existed in this space before, but none have successfully taken it to the mainstream and obtained recognition from the fashion world. That was my goal, to create an avenue where the culture could be recognized and appreciated by anyone, regardless of their background.

I was always into fashion because of my love for music and film. I grew up idolizing rap and hip-hop artists, their culture, and what they were wearing. I really saw fashion as a medium to share culture and show people what culture I was representing. That's what I saw celebrities doing that I looked upto, such as Pharrell, 50 Cent, and Jay-Z.

SR: Were you exposed to poetry (given two of your collections have been inspired by the poets, Faiz Ahmad Faiz and Farid Ud-Din Attar) and art during your childhood in Sharjah?

TY: Growing up in Sharjah, I was exposed to history, different languages and cultures which were common to the Middle East. My parents definitely introduced Urdu poetry to me and used to try to educate me on Urdu literature. There was also an appreciation for culture, and art in my family that I feel I subconsciously adopted. My parents also encouraged me to read at a very young age and to appreciate history...I was fascinated by Middle Eastern history.

Since I grew up outside of Pakistan, I almost adopted Arab culture as my own since I didn’t really know what it meant to be ‘Pakistani.’ In that way, I grew a deep affinity for Arab culture and wanted to be a part of it. And when I moved to Toronto and was influenced by hip-hop culture, I found a bridge between that foundation - of what I had picked up from living in Sharjah - as well as what my parents had taught me. In this way, LoveClosely became a melting pot of building those bridges, and finding similarities between two different worlds.

SR: Your sustainable capsule collection, Birds of Love, shot in Stockholm, Sweden, last year, had an overarching story of identity which was quite touching. Have you struggled with your own personal identity over the years?

TY: The photographer, Ailin Mirlashari, is from Sweden and she partnered with a musician, Helen, for the campaign. I think Sweden is such an interesting place because it's full of immigrant stories and those subcultures that really speak to a new generation of youth on the journey to finding their true identity. Helen’s song on identity had an organic synergy with the story of Birds of Love, which was about finding one’s identity, and who you are. I found it so interesting that my own immigrant story of growing up in Toronto and Sharjah (and struggling to find out who I was) is also experienced by others in Sweden that are dealing with the exact same issues. We really just wanted to showcase how global the LoveClosely message was and bring it to a whole different part of the world.

SR: What do you make of the future of fast fashion?

TY: Although unfortunately I think fast fashion is here to stay, I do see a world in which more consumers steer away from the mainstream. As mass corporations see benefit from economies of scale and cost reductions, there will always be fast fashion and there will always be a demand for buying something really inexpensive. At an individual level it's really difficult for us to expect consumers to make the choices that are best for our environment, as they obviously have to think about the economic choices within their own individual lives. I wish corporations would take more responsibility and think about the impact that they're having. I believe governments have a huge role to play in holding corporations responsible.

Unfortunately, I don't know if either will really attempt to make a vast difference, however, it's really inspiring to see a shift within some consumers towards appreciating vintage pieces as well as repurposed clothing. I'm hopeful that this niche will continue to grow and we will eventually see more people who will be able to afford and support slower fashion.

SR: Can small brands like yours sustain themselves today given the plethora of competition in streetwear fashion - particularly by way of bigger, global brands?

TY: I definitely think so. I think this goes back to the conversation around consumers wanting and desiring to support local businesses. I think corporations are also now paying attention to smaller brands and the niche communities that they are creating.

With mass consumption there is no originality anymore. And I think there is a desire for people to be original and stand out. So instead of buying that hoodie that everyone has, or is all over social media being worn by every influencer, there's a desire to have something unique. A brand that only a few know of, whose vision and story resonates on a deeper level. I feel like that's the fuel to the flame for small brands and that's how they survive. By doubling down on their vision, their story, their community and hoping that their community will introduce others to their brand. That's why our community is so important to us.

SR: What have been some of the struggles that you've encountered as a fashion designer since the launch of LoveClosely?

TY: I wouldn't say that there has been an explicit bias against Middle Eastern and South Asian culture in streetwear, but I do feel that there is a resistance against it being introduced at the mainstream level. That being said, it was a challenge that we were aware of when launching our brand, and we really wanted to take on that challenge because we strongly believe in our vision.

Our whole goal is to bridge the gap between our culture and mainstream media and showcase the beauty of our culture to the masses. Another struggle has been trying to scale and grow bigger as a small brand while competing with mainstream brands. It's hard to compete with companies that are able to pay thousands to PR agencies for pressing celebrity placements. That being said, we've been blessed because influencers and celebrities have really understood our vision because they believe in what we’re doing.

SR: Do you think consumers feel a personal sense of connection to brands like LoveClosely?

TY: This, I think, is our biggest advantage as a small business. The thing that big brands are missing is that they are not able to strike that level of connection with the consumer...or really dig into an emotional feeling. And I feel like our personal sense of connection is really what makes our community want to support us and see us grow. I think the search for identity is something core to who we are, and as a result, makes us different.