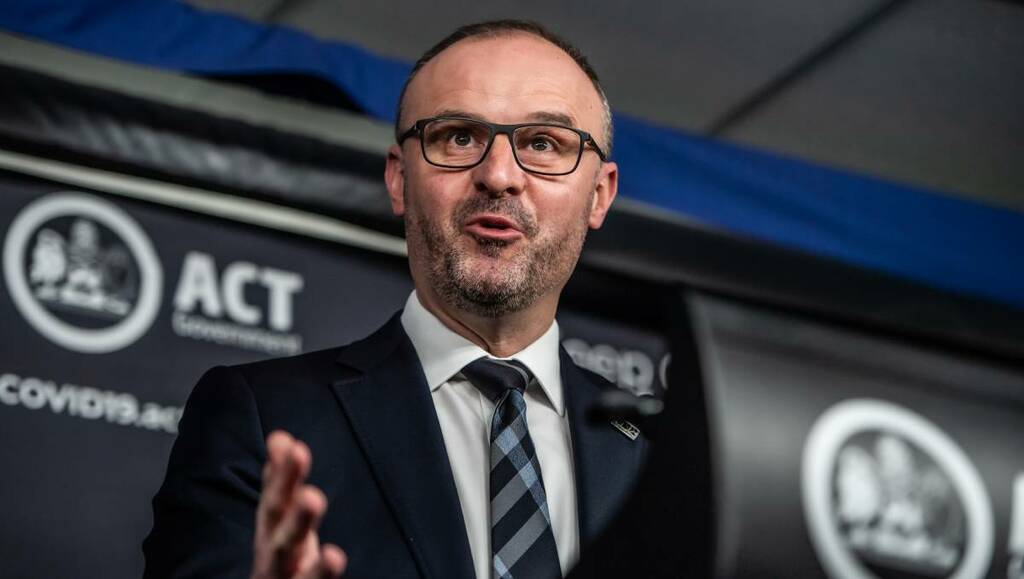 Stamp duty revenue has continued to bolster the ACT's budget bottom line, contributing to a more than $300 million boost in the last financial year.

While the ACT's COVID lockdown has since caused revenue to drop, Chief Minister Andrew Barr has expressed optimism for a recovery in the second half of the year.

The ACT government's total revenue for the 2020-21 financial year was more than $6.3 billion, which is $326 million higher than the original estimate, interim figures show.

The increased revenue was helped by stamp duty, which raked in $214 million last year, $53 million more than expected. Altogether, revenue from ACT government taxes was $56 million higher than expected.

Stamp duty continues to be a key revenue raiser for the government, despite the fact the tax is being phased out as part of a 20-year reform program.

Grants from the federal government also contributed to the ACT government's revenue increase, with more than $127 million given, mostly due to increased GST revenue.

Government land sales also helped with the boost, with gains from contributed assets up by more than $51 million.

However, government expenses were also higher, with $6.7 billion spent, which is $44 million higher than the 2020-21 budget estimate.

"This variance is mainly due to higher than anticipated employee expenses of $97.2 million largely due to the territory's ongoing COVID-19 response," ACT treasury papers said.

The ACT government's deficit for the 2021-21 financial year was $363 million, the government's quarterly report for June showed. It was estimated to be $603 million.

However, the ACT's strong position has taken a hit since the ACT lockdown that started on August 12.

Mr Barr said revenue had fallen due to the Canberra lockdown, which is scheduled to last until at least September 17.

He said it was too difficult to tell the full impact this early in the financial year but he pinned hopes on a recovery in the second half.

"Revenue is down at this point and expenditure will be up but we will have the second half of the fiscal year to make it up," Mr Barr said.

Mr Barr has previously said he expected Canberra would start to rebound over Christmas, as the city's higher income earners would use their disposable income to spend "massively".

The ACT's 2021-22 budget was due to be handed down on August 31 but was postponed due to the outbreak.

It is now expected to be held on October 6. Mr Barr has flagged there will be investment in health services and healthcare staff.