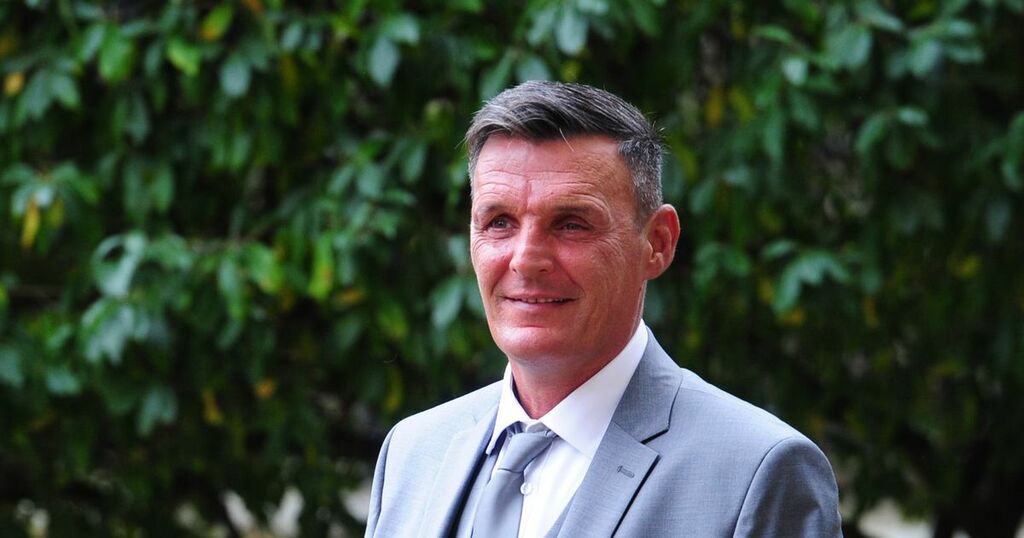 A man lost his leg after being ambushed close to death in broad daylight following a Celtic and Rangers match.

Mr McCann collapsed after being struck before he was stamped on by other men with Beard.

The attacker fled the scene leaving Mr McCann in a pool of blood.

A doctor remarked that he would have died from his injuries if it wasn't for his urgent medical attention.

Mr McCann was resuscitated at hospital and received 4.8 litres of blood after going into cardiac arrest.

His leg was amputated "following complications arising while he was in hospital."

Mr McCann later told victim support that has left him "physically, mentally and emotionally" scarred and he cannot recall events.

Beard pleaded guilty at the High Court in Glasgow two days into his trial to attempting to murder Mr McCann.

Not guilty pleas to assaulting three other men that day were accepted by prosecutor Bill McVicar.

Mr McVicar revealed Beard has a string of jail-terms for violence with blades.

Eight others had also been accused of attempting to murder Mr McCann.

Andrew Quinn, 28, and Kahl Cullen, 25, had not guilty pleas accepted and instead each admitted assaults on other men that day.

Gemma Martin, 27, had not guilty pleas accepted for all accusations she faced.

The court heard the murder bid occurred at the junction of the city's Albion Street and Blackfrairs Street.

The city centre was busy that Sunday afternoon after the Celtic and Rangers match earlier at Parkhead.

Mr McVicar stated to the court that the incidents occurred "for reasons unknown to the Crown."

CCTV footage of the incidents were played to the court.

Cullen was first spotted throwing punches at a Lee Wylie before Andrew Quinn gestured to Baird.

Andrew Quinn was then clocked punching Scott Meehan on the head from behind before the attacker fell to the ground.

Mr McVicar added: "Beard approached Mr McCann and struck a blow with a knife or similar instrument to the neck, causing injury from which he would have died but for the intervention of emergency services.

"Mr McCann stumbled back and Beard fell to the ground having been struck by Mr McCann.

"Docherty punched Mr McCann to the face causing him to fall to the ground immediately, leaving him motionless.

"Kinnaird, who had earlier punched Mr McCann stamped on his body twice."

Docherty - who the court heard was an expert in mixed martial arts - then went on to punch Mr Wylie and Mr Meehan to the face which caused him to fall to the ground.

Kinnaird, Jamie Quinn and Cullen then kicked Mr Wylie to the body.

A paramedic at the scene noted Mr McCann and the surrounding area was "drenched in blood."

Blood was "actively pumping" out of the stab wound to Mr McCann's neck.

Mr McCann was rushed to hospital where medics began resuscitation and put him to sleep.

Mr McVicar said: "At some point, as surgeons attempted to repair the neck wound and stem the flow of blood, Mr McCann went into cardiac arrest, requiring further treatment."

A doctor told police a week after Mr McCann was admitted that "he had received 4.8 litres of blood and 16 units of fresh plasma and two units of platelets."

Mr McVicar added: "The doctor is in no doubt that he would have died after sustaining the neck injury if it wasn't for the urgent medical care he received.

"Mr McCann's lower left leg was amputated following complications arising while he was in hospital.

"This may be related to the insertion of a line into the femoral artery rather than the femoral vein but this may not be the appropriate forum to state a concluded view on the cause of the complications which arose as a consequence of hospital treatment necessitated by the conduct of Beard."

Mr McCann was unable to provide a victim impact statement to the Crown as he is "unable to think of the past or future and is entirely focused on living day to day in the moment, which he finds very distressing."

He told victim support: "I do hope that I can get some help to move forward in all areas of my life. It pains me I can't just now for the conclusion of this criminal process but this is the situation I find myself in."

Sentence was deferred until next month for background reports by judge Lord Harrower.

Beard was remanded in custody meantime while the others had their bail continued.