NEW DELHI: Sri Lanka declared on Tuesday that with critically low foreign exchange reserves, the crisis-hit country will default on its external public debt pending a bailout package from the International Monetary Fund.

It is the first time that the South Asian island nation has announced debt default since gaining independence from Britain in 1948.

The default-triggering crisis was apparently attributable to the impact of the coronavirus pandemic, which has severely hit the country's cash-earning tourism sector, and the so-called debt trap involving heavy borrowings from China for unsustainable infrastructure projects.

"Sri Lanka has had an unblemished record of external debt service since independence in 1948," the Finance Ministry said in a statement.

"Recent events, however, including the effects of the Covid-19 pandemic and the fallout from the hostilities in Ukraine, have so eroded Sri Lanka's fiscal position that continued normal servicing of external public debt obligations has become impossible," the statement said.

According to the ministry, the country's policy of suspending normal debt servicing will be in effect for all international bonds, all bilateral loans excluding swaps between the central bank and a foreign central bank, and all loans with commercial banks and institutional lenders.

The ministry said that the IMF has assessed Sri Lanka's foreign debt as unsustainable, and that staying current on foreign debt repayment is no longer a tenable policy.

"The government intends to pursue its discussions with the IMF as expeditiously as possible with a view to formulating and presenting to the country's creditors a comprehensive plan for restoring Sri Lanka's external public debt to a fully sustainable position," the statement said.

Sri Lanka's economic crisis started as the country of 22 million people has been facing its worst economic downturn since independence, with regular blackouts and shortages of food and fuel.

The government has imposed a ban on imports of "non-essential" items to conserve its foreign currency reserves and use them for repayment of the debts on which it has now defaulted on.

The country has also sought debt relief from India and China, but instead was offered more credit lines to buy commodities from them.

Citizens have been protesting for weeks over the crisis and demanding President Gotabaya Rajapaksa step down, a development that propelled the government to issue a state of emergency earlier this month. 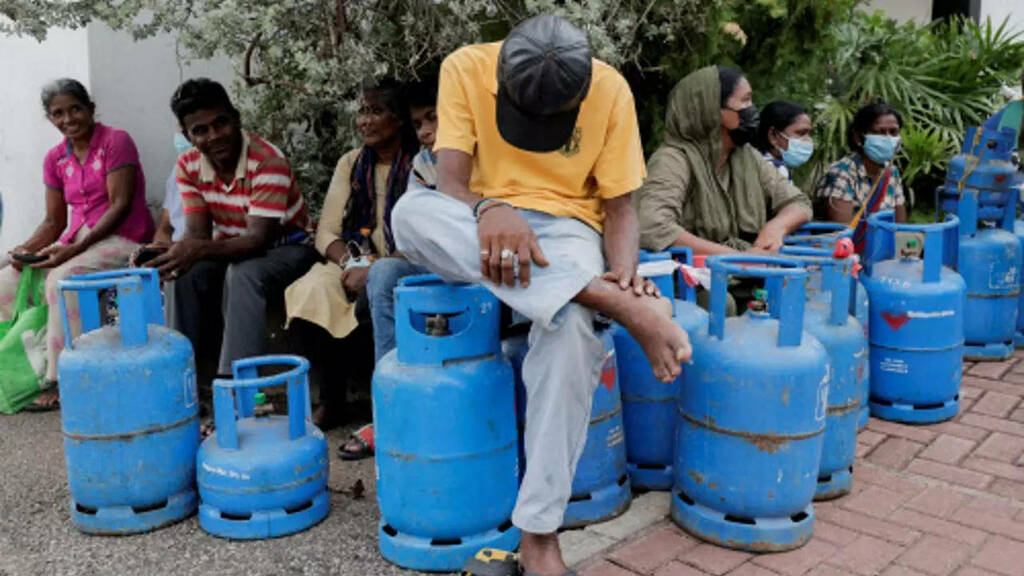 Explained: How Sri Lanka fell into debt trap, defaulted on foreign payments
NEW DELHI: Grappling with its worst economic crisis since the country got independence in 1948, Sri Lanka on Tuesday announced…

Sri Lanka's central bank said on Tuesday it had become "challenging and impossible" to repay external debt, as it tries…

Sri Lanka's government says it is suspending its repayment of foreign debt, including bonds and government-to-government borrowings, pending the completion…