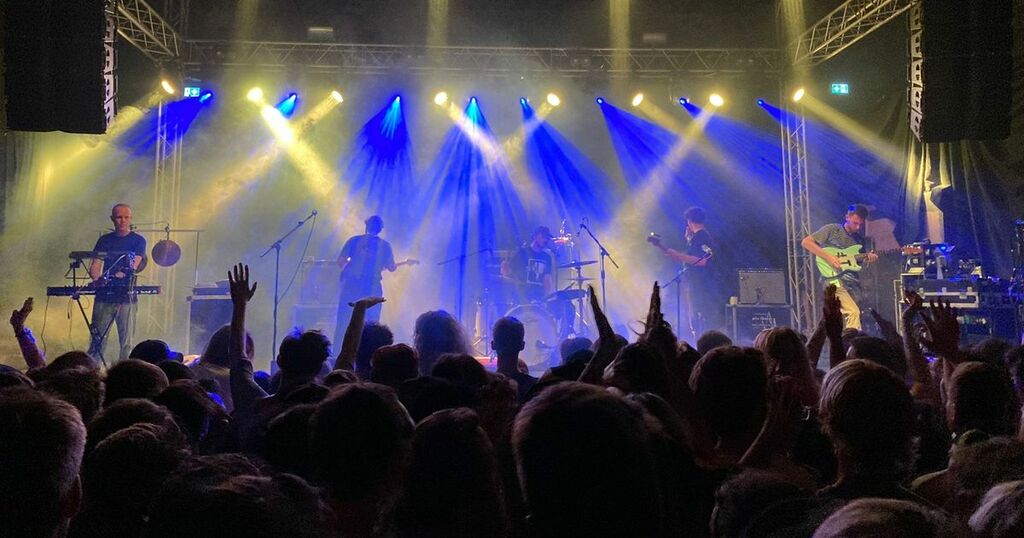 Squid were the first live band to play the Marble Factory since lockdown restrictions were eased, and it'll take something special for a band to deliver a more memorable performance at the venue this year.

The pandemic came at a cruel time for the Bristol-based post-punk outfit, as is the case for all bands that were on the verge of big things, bringing a sudden halt to their rapid trajectory.

In September 2019 the five-piece demonstrated just how good they are as a live act in Bristol with a set at Colston Hall - now Bristol Beacon - as part of Simple Things, but just months later their touring was immediately stopped as Covid-19 saw venues shut their doors.

On the plus side however it did give the band a chance to work on their fantastic debut album, Bright Green Field, which they released in May this year to widespread acclaim. Rather than including songs from their early EPs - including breakthrough track Houseplants, arguably one of the best songs from the past 10 years - they impressively started afresh to explore new sounds.

Given the hiatus from the live stage, and the success of the debut LP, there was a huge amount of anticipation ahead of the Marble Factory show, which could be described as a 'homecoming' gig if you want to ignore the fact the band formed in Brighton, and the hype proved to be thoroughly justified.

It says a lot about the band's ability to write brilliant songs that their set was an hour and a half with no filler whatsoever - and there were still some notable absentees from the setlist, namely early single Match Bet and Paddling from the new album, which many would no doubt have been a little gutted not to hear live.

On the album, the dad of keyboardist Arthur Leadbetter plays a medieval instrument called a rackett - or sausage bassoon - at the end of Boy Racers to create a bleak, distorted drone which lasts for several minutes.

Even the most ardent of Squid fan will probably admit that they've skipped that section of the album on at least one occasion, but when played live - using synths rather than Leadbitter senior's rackett - it made complete sense, as the band used Marble Factory's first-rate production to create an intense instrumental break which built perfectly into the next track.

At Green Man, Squid swerved the older tracks in favour of newer material in their special guest set, but with more time to play with on Tuesday night a few of the old favourites were dusted off in spectacular style; first The Cleaner and then the aforementioned Houseplants, which unsurprisingly prompted absolute pandemonium.

Marble Factory - which is in the same industrial complex as the neighbouring Motion - has seen some frenetic crowd reactions over the years with both top DJs and live acts gracing the stage, but the response to the opening riff of Houseplants will surely be right up there among the most hectic of responses.

And there was more to come, of course, as the encore ended with Pamphlets - one of the standout tracks from Bright Green Field, once again sparking complete anarchy in the front section of the venue, building into a quite brilliant crescendo which capped off the performance with a bang.

A lot of people (around 1,300 to be exact) had been waiting a very long time for this gig to come around, including the five members of Squid themselves, and the wait was most definitely worth it. Squid are without doubt one of the most exciting bands in the UK right now, especially when it comes to a live setting. If you get a chance to see them on this tour, don't pass it up.