Special constables will be given access to stun guns as part of a flurry of crime initiatives, the home secretary will tell the Police Federation on Tuesday.

Speaking at their conference in Manchester, Priti Patel will announce that part-time special constables will be allowed to use electroshock weapons – if properly trained and with the authorisation of chief officers.

But Amnesty International UK’s policing expert warned that arming volunteer officers is “dangerous” and will inevitably lead to “more instances of misuse, serious harm and death from Tasers”.

Meanwhile a controversial measure announced on Monday will allow officers to stop and search people without reasonable grounds. Police chiefs say they did not ask ministers for such changes.

The government announced that changes to stop and search without suspicion, so-called section 60 stops, would now be made permanent. Section 60 stops have huge racial disproportionality, with black people 18 times more likely to be stopped than white people, according to an analysis of official figures by the Liberal Democrats.

“It is our responsibility to ensure that we balance tackling crime with building trust and confidence in our communities, learning from instances where we have not always got the balance right.

“Section 60 powers to stop and search anyone within a designated area can be effective when there have been violent incidents or officers believe there is a high risk of violence occurring. Senior officers authorise them with the intention of saving lives and preventing people from coming to any harm.

“We will work with the government to consider how any change to the powers can be used in practice, in a proportionate and consistent way. Section 60 is not a new power for policing, but this provides clarity on how the legislation can be used.”

A 2021 report from Her Majesty’s Inspectorate of Constabulary about stop and search highlighted concerns about section 60. It said: “Black, Asian and minority ethnic people are 6.7 times more likely to be searched under section 60 than white people, and black people are 18.1 times more likely. Forces need to analyse their data to understand why.”

Under section 60, police can declare people in an area as being subject to searches without officers needing reasonable suspicion.

Curbs were put in place in 2014 when Theresa May was home secretary. Stop and search remains a fault line between police and communities.

Now police can use section 60 with the threshold changing from the belief that serious violence “will occur”, to “may occur”.

But in a press release published last night, the government said restricting section 60 has “limited when officers could use the vital power and hindered their ability to rid the streets of dangerous weapons … By making it easier for the police to seize more weapons, the government is backing forces to drive down knife crime and save more lives.”

Section 60 authorisations can stay in place longer, be authorised and extended by an officer of lower rank than previously, and the public do not have to be told that it has been enacted.

Compared with when David Cameron and Theresa May were in power, the current Conservative government believes police should do more stops and with fewer restrictions, citing thousands of weapons taken off the streets as a result.

Most people who are stopped are found to have nothing on them that is illegal.

Leaked documents show that most of the public do not believe ministers’ promises to tackle crime, the Guardian reported last month. Polling carried out for the government showed that, despite fear of crime being high, few trusted ministers to be able to get to grips with it.

Only one in three of those surveyed had faith it could tackle crime, its own document notes: “Current initiatives to tackle crime are not cutting through to the public – only around a third (35%) say they have confidence in the government’s handling of crime and justice, and awareness of the beating crime plan is low.”

• This article was amended on 17 May 2022. An earlier version stated that increased access to stun guns was “part of a range of measures included in ‘Operation Sceptre’ – the name given to the government’s crime-fighting week.” Operation Sceptre is a week of action tackling knife crime, and is led by the National Police Chiefs’ Council, not the government. 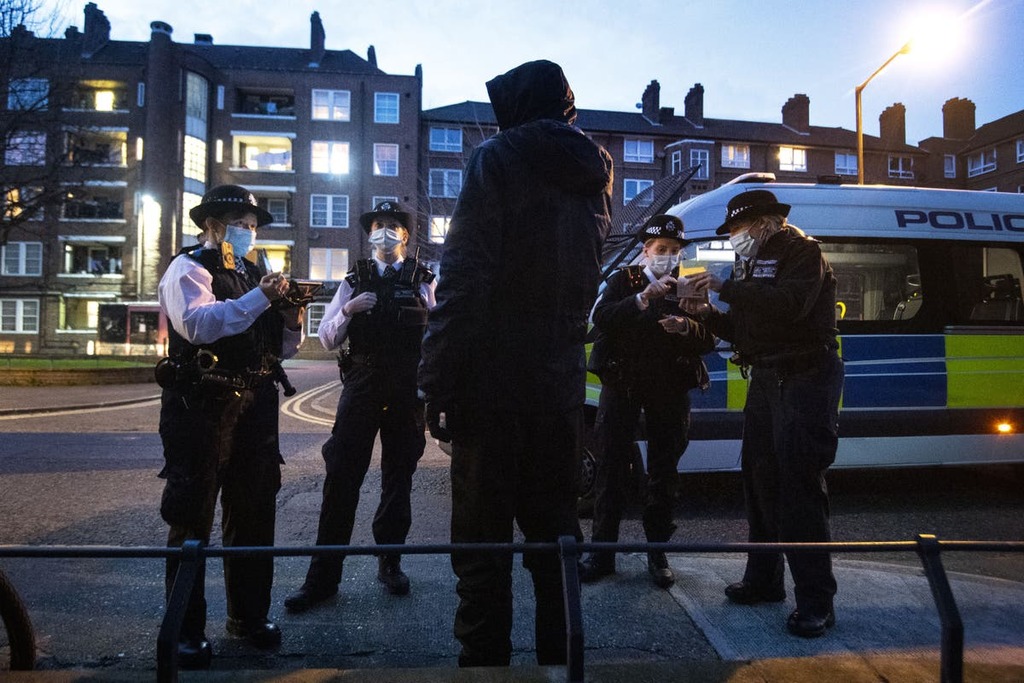 Home Secretary permanently lifts restrictions on police stop-and-search powers
More officers can now authorise the tactics when they anticipate serious violence ‘may’ occur, and the measures can be in…

Home secretary says it will be ‘easier for officers to use these powers to seize more weapons, arrest more suspects…