Speaking about the Taliban 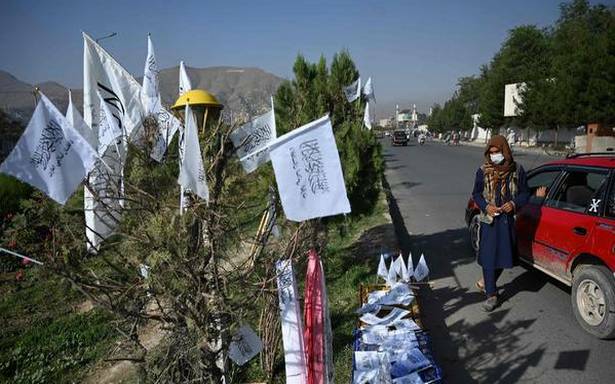 Last Tuesday the bathroom shower stopped working. Instead of a shower of water, it was sending down a waterfall or nothing. So I called the plumber. I stood by the door watching while he got to work. As he tinkered with the shower head, I asked him what was the problem.

He took a deep breath, and said, ‘Taliban’.

“This shower head has a Talibani mindset,” he said.

“I mean it needs to go. You can’t negotiate with the Taliban, see?”

“But India IS negotiating with the Taliban,” I said.

“Only with the Good Taliban,” the plumber said. “Not the Bad Taliban. As Gandhiji once said, there is a Good Taliban and a Bad Taliban in everyone. We should talk to the representatives of the Good one and get rid of the Bad one.”

“My shower has Bad Taliban in it?”

He nodded. I was about to ask him where exactly Gandhiji spoke about the Taliban when I was stunned by a depressing thought: have I sunk so low in my career that I am now reduced to discussing Afghan politics with my plumber instead of, say, giving sound bites to a fake-news channel?

“In fact,” the plumber went on, handing me a broken shower valve, “as I said on Times-Never channel last night, the ISI and ISIS-K have been meeting secretly in Heart.”

“Yes, Heart,” he said. “I’ve been typing so much on phone that my tongue got infected by autocorrect. I can’t control idli.”

To cut a long story short, I was sprayed with the equivalent of 400 WhatsApp forwards — all of them Taliban-themed — in the 20 minutes the plumber took to fix the shower.

I would’ve dismissed the whole thing as a bizarre one-off. But it kept repeating itself. No, the shower didn’t conk off again. But later the same day, when I took an Uber, the driver lectured me on the Taliban’s misogyny the entire ride. I could see he was deeply concerned about Afghan women. The next morning, when I opened the door to collect an Amazon package, the delivery boy said, “I hope the Taliban forms an inclusive government.”

“I hope so too,” I blurted out, and that’s when it struck me — everyone and his plumber, delivery boy and driver were talking about the Taliban. Not that they shouldn’t, but I was intrigued that so many Indians who, until last month, could only talk about Sushant Singh Rajput were suddenly so well-informed about Afghanistan.

It’s wonderful that so many Indians who are studying in WhatsApp University have taken Taliban as their elective for the new semester, which will go on till March 2022 or the U.P. elections, whichever comes first. But unfortunately, there are also many whose information about Taliban is coming from dubious sources. As a result, they end up talking gibberish, causing embarrassment to themselves and boredom to others.

So for the benefit of these well-meaning but misinformed individuals, I am sharing below a brief FAQ that will empower anyone to speak knowledgeably (and safely) about the Taliban with anyone, be it your plumber, neighbour, or the Taliban itself:

How many types of Taliban are there and how to tell one from the other?

That’s a brilliant question. There are basically three types of Taliban: the Good, the Bad and the Ugly. They are easy to differentiate because the Good Taliban are the good guys and the Bad Taliban are the bad guys. The Ugly Taliban, as you might expect, is in the eyes of the beholder.

Is it true that ‘Pashtun’ is derived from pasta?

No, pasta is an Italian dish. It cannot produce a people.

Is it safe to add the Haqqani Network to my LinkedIn network?

Not unless you’re seeking a job as an undertrial prisoner — an over-crowded and extremely competitive space in India right now.

If there is a cricket match between the Bhima Koregaon XI and the Taliban XI, as a proud Indian nationalist, who should I support?

That depends on whether you want to spend the rest of your life in Taloja jail or in Taloqan with your tongue cut off.

If I create and share Islamophobic jokes and memes about the Taliban, how much will I be paid per joke/ meme?

Is it safe to use the Taliban as a metaphor to refer to any other ideologically extremist, hateful, violent, ultra-patriarchal, religious-political grouping?

Are you nuts? Of course not.

Not even if I am living in a democracy?

Look out of the window and let me know if you spot democracy.

What do I get if I spot democracy?

15 lakh lashes and a plate of Afghani Chicken, in that order.

G. Sampath, author of this satire, is Social Affairs Editor, The Hindu.