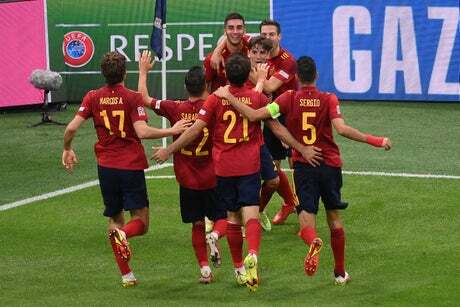 Spain face France in the final of the second ever Nations League in Milan tonight.

Didier Deschamps has made the call to hand Aurelien Tchouameni just his second ever international start in the final as one of two changes. Lucas Hernandez made history starting alongside his brother Theo against Belgium but suffered a rough night against Romelu Lukaku and is replaced by Presnel Kimpembe tonight.

Kylian Mbappe and Karim Benzema linked well against Belgium and will be hoping to keep that going this evening, while behind them Antoine Griezmann wins his 100th cap.

For Spain, there are two changes. Eric Garcia comes in for Pau Torres at the back and Rodri replaces Koke in midfield.

Manchester City’s Ferran Torres is fit to start and has done well through the middle and will be hoping to continue where he left off, having scored a brace against Italy in the semi-final.