By Joey and Roulette 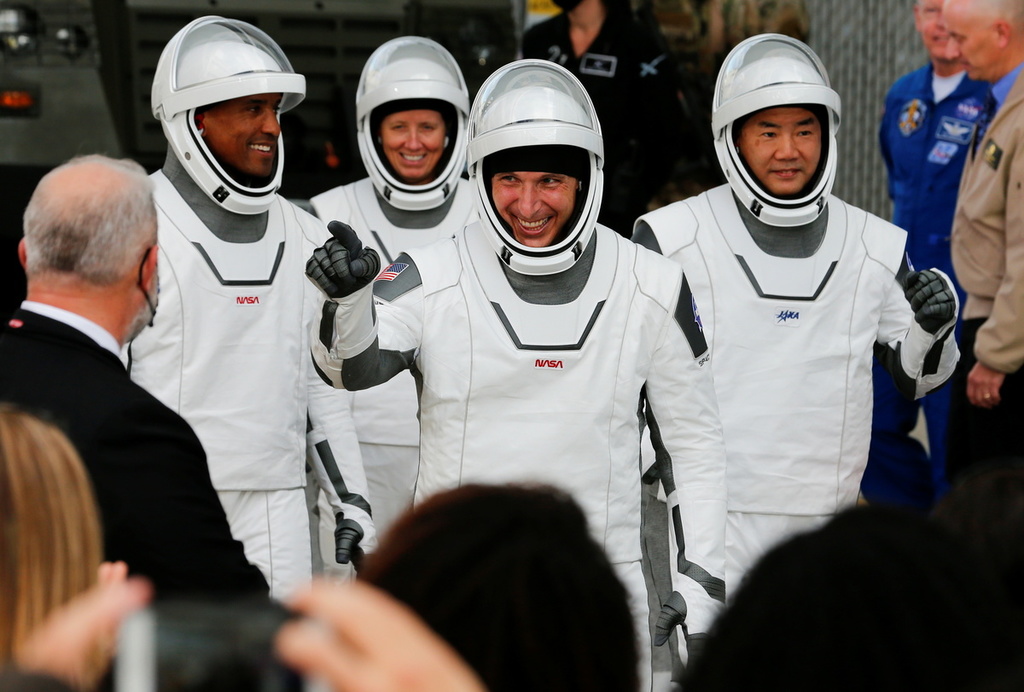 In NASA's first full-fledged mission ferrying a crew into orbit on a privately-owned spacecraft, the SpaceX Crew Dragon capsule dubbed Resilience opened its hatch door shortly after 1 a.m. EST (0600 GMT), two hours after docking and 27 hours after launching atop a Falcon 9 rocket from Cape Canaveral, Fla.

"SpaceX, this is Resilience. Excellent job. Right down the center," Crew Dragon commander Mike Hopkins said from the spacecraft after docking. "SpaceX and NASA, congratulations, this is a new era of operational flights to the International Space Station from the Florida coast."

A few minutes later, the crew of three Americans and one Japanese astronaut emerged from the capsule and boarded the station, greeting the existing crew of one U.S. astronaut and two Russian cosmonauts with hugs and high-fives.

The space station, an orbital laboratory about 250 miles (400 km) above Earth, will be their home for the next six months. After that, another set of astronauts on a Crew Dragon capsule will replace them. That rotation will continue until Boeing joins the program with its own spacecraft late next year.

NASA had been reliant on Russia's space program since 2011, when the U.S. shuttle program ended.

Hopkins arrived with two fellow NASA astronauts, pilot Victor Glover and physicist Shannon Walker, in addition to Japanese astronaut Soichi Noguchi, making his third trip to space after previously flying on the U.S. shuttle in 2005 and Soyuz in 2009.

"The last 27 hours have gone really smooth actually," Hopkins said after boarding the space station. "We are looking forward to the next six months, and can't wait to get started."