In an unprecedented display of cosmic littering, a wayward rocket body will crash into the far side of the moon on Friday marking the first time that a piece of space junk has accidentally struck the lunar surface.

The spent rocket booster, believed to be part of the Chinese Chang’e 5-T1 mission which swung around the moon in 2014, is predicted to slam into the Hertzsprung crater at 12.25pm GMT, though the precise time and location are unclear.

Travelling at more than 5,500mph (2.5km per second), the tumbling 4 tonne rocket body will plough into the surface at a shallow angle, scattering debris and tearing a crater of its own that is expected to reach 20 to 30 metres across (65ft to 100ft).

Dr Vishnu Reddy, an associate professor at the University of Arizona whose team helped to identify the object, said it highlights how space junk now extends beyond Earth, where the US already tracks more than 27,000 pieces of orbital debris.

“Things have hit the moon in the past, but those were primarily deliberate impacts, or we tried to land and crashed on the surface,” Reddy said. “This is an impact of a rocket body that is unintentional.”

Astronomers will not get to observe the impact directly, but scientists hope that images of the crash site can be taken soon after by Nasa’s lunar reconnaissance orbiter or India’s Chandrayaan-2 spacecraft, both of which are circling the moon. China’s Chang’e 4 lander, which landed on the far side of the moon in 2019, is too far away to witness the spectacle.

A natural battering from meteorites has left the moon pocked with half a billion craters the same size or larger than the one the booster will make. But the lunar surface also bears the scars of rocket stages that were crashed intentionally, and moon missions that bit the dust rather than settled on it.

During the Apollo era, huge Saturn V rocket bodies were steered into the surface so that instruments placed on the surface could monitor the resulting shock waves for analysis of the moon’s interior.

Junk left behind by the US astronauts has since been joined by more curious material. In 1999, a private lunar mission sent the ashes of the astrogeologist Eugene Shoemaker into a “crater of eternal darkness” near the moon’s south pole. Three years ago, the Israeli Beresheet probe crashed on the surface scattering thousands of tiny tardigrades. Despite hopes for their survival, many scientists suspect they were turned to mush.

Reddy’s group has catalogued nearly 200 objects drifting about in “cislunar space” between the Earth and the moon. The booster was originally thought to be part of a SpaceX Falcon 9 rocket that launched in 2015, but Reddy and his students reported that its optical spectra – the wavelengths of light it reflects – more closely matched that of the Chinese Long March 3C rocket that launched the Chang’e 5-T1 mission a year earlier.

The unintended impact on the moon should focus attention on the growing issue of space debris, Reddy believes. “People realise that it’s really bad in Earth orbit, but now we are slowly putting debris into cislunar space,” he said. “We’ve screwed up around the Earth already, let’s not do that around the moon.”

There is more at stake than cosmic littering, though. According to Reddy, there are national security implications given how hard it is to spot and track objects so far from Earth. “What can our adversaries put into cislunar space that we are not aware of?” he said. “You can track something 4in across in Earth orbit, but tracking something that small in cislunar space? Forget it.”

Chris Newman, professor of space law and policy at Northumbria University, called the impending impact a “warning flag” given plans to return humans to the moon. “It’s clear that as we start putting people on the moon more permanently this is something we’re going to have to think about,” he said.

David Rothery, professor of planetary geosciences at the Open University, said anyone worried about the rocket body striking the moon should be more concerned about biological contamination, though even this is a tiny risk, he stressed. “Probably very few microbes that it accidentally carried with it have survived, or will survive the impact,” he said. “One more crater on the moon is nothing to get upset about.” 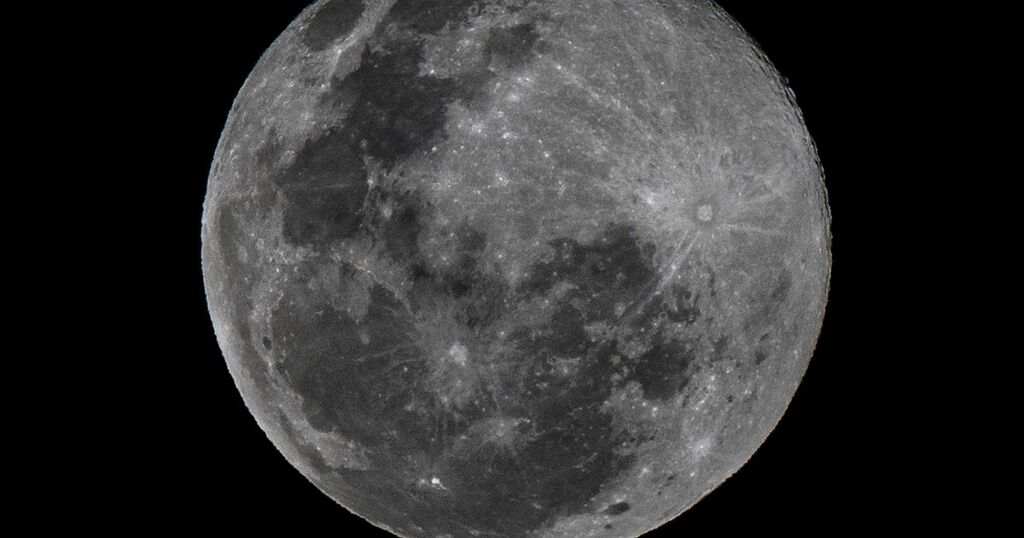 Moon crash: Space junk set to hit moon in hours and cause crater, scientists say
The discarded rocket part is what's known as 'space junk' and is predicted to collide with the Moon at 12:25pm…

Daily Mirror
One subscription that gives you access to news from hundreds of sites
A Chinese Rocket Just Crashed Into The Moon. This New Video Shows You Exactly What Happened

Discarded rocket hardware just left a crater the size of a basketball court on the lunar surface.