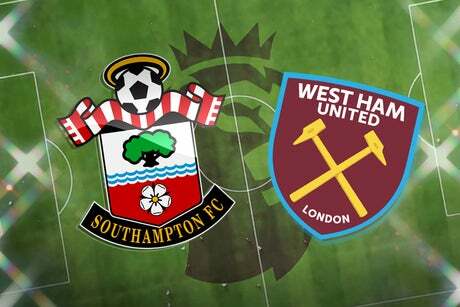 West Ham have carried on from where they left off last season as they face Southampton today.

The Hammers, who qualified for the Europa League last term, will be looking to continue their unbeaten start to the campaign on the south coast. David Moyes’s side have started the new campaign with two wins and a draw from three games with Michail Antonio and Said Benrahma in fine form so far.

Southampton are yet to win a game after a summer which saw a number of senior figures leave the club, but have shown signs of hope with their draw against Manchester United.

Southampton vs West Ham is scheduled for a 3pm BST kick-off on Saturday, September 11, 2021.

The match will take place at St. Mary's Stadium.

Where to watch Southampton vs West Ham

TV channel and live stream: The match will not be televised in the UK or shown online.

Fans can watch highlights on BBC Match of the Day at 10:30pm on Saturday evening on BBC One and the BBC iPlayer.

Unbeaten West Ham have stuck with an unchanged starting XI for the fourth successive match for the visit to winless Southampton.

Premier League top scorer Michail Antonio, who on Friday was crowned the division’s player of the month for August, once again leads the line, with recent signings Kurt Zouma, Alex Kral and Nikola Vlasic awaiting debuts among the substitutes.

Saints boss Ralph Hasenhuttl makes two changes from the team which started the 2-2 draw at Newcastle before the international break.

Defender Romain Perraud and winger Nathan Redmond are recalled, with Kyle Walker-Peters and Che Adams dropping to the bench.

The Hammers have made a flying start to the season and are unbeaten after three games of the new term.

Southampton started with defeat to Everton on the opening day but have settled well with a draw at home to Manchester United and a last minute point taken at Newcastle.

Young signing Tino Livramento has been the standout figure for Saints so far this term, but there are issues up top for Ralph Hasenhuttl. Despite scoring on his debut, Adam Armstrong has a long way to go in order to show he can replace Danny Ings.

West Ham look to have ensured their form from last season has carried over the summer and Michail Antonio is in inspired form.

The Hammers should have too much for Southampton.

West Ham have won six of their last seven games against Southampton and have not lost at St. Mary's since August 2017, when a 90th minute Charlie Austin won it for the hosts. a

Odds via Betfair Exchange (subject to change). Click here to find out more.