Liverpool ensured the Premier League title race will go to the final day of the season by coming from behind to beat Southampton 2-1 at St Mary’s.

Joel Matip’s crucial second-half winner moved the Reds a single point behind leaders Manchester City to set up a tantalising finale on Sunday.

Jurgen Klopp’s men knew they had to be victorious on the south coast to remain in contention to become top-flight champions for only the second time in 32 years and were stunned by Nathan Redmond’s superb solo opener.

But the much-changed visitors controlled proceedings for almost the entire evening and levelled through former Saints loanee Takumi Minamino before Matip completed the turnaround with the aid of a deflection off Kyle Walker-Peters.

The Reds, who remain in contention for an unprecedented quadruple, will welcome Wolves to Anfield in five days’ time, hoping Steven Gerrard’s Aston Villa can do them a major favour away to City. 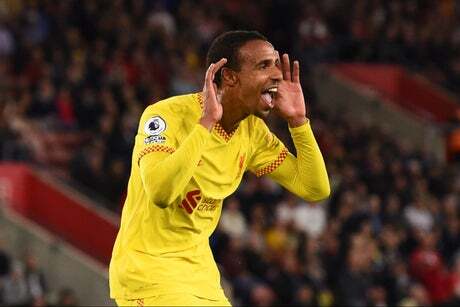