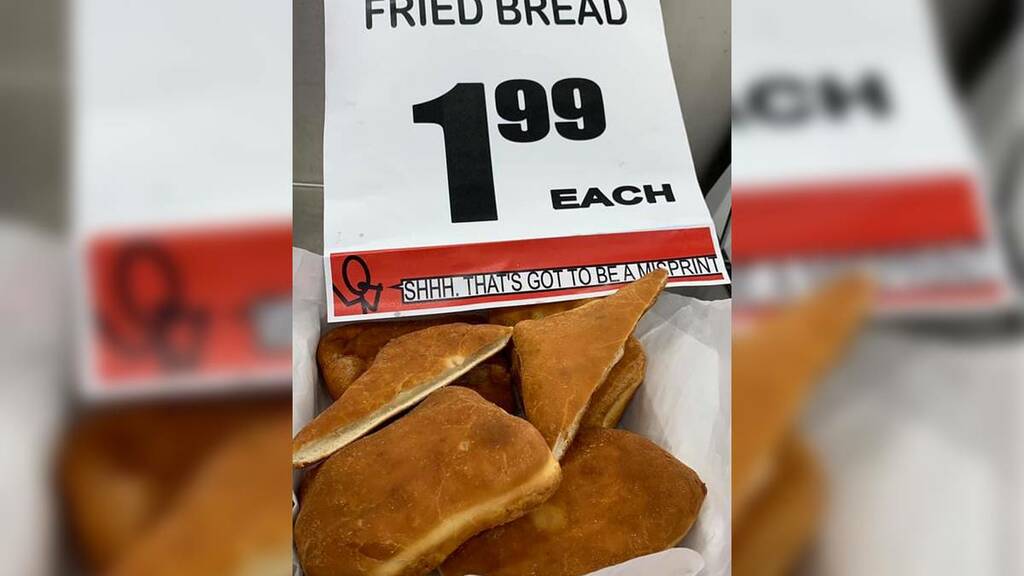 On Wednesday Aucklanders went nuts after a Manukau supermarket announced it was adding fried bread to its deli section.

"You and your Whanua [Whanau] will find this in our deli. Let us know what you think.
Maori styled fried bread for only $1.99 each."

There was some excitement over the bread, but Aucklanders let the supermarket know exactly what they thought - and it brought out a lot of humour.

Attached to the post was a photo of pieces of fried bread, which got viewers talking.

Some of the pieces looked rather flat and not particularly traditional.

Thousands weighed in on the new deli option and it wasn't pretty.

"That's flatter than aunty Hinemoa's waiata tautoko on the marae," one laughed.

Another said: "Now we know how our Indian whānau feel when you make butter chicken from the instant Pataks sauce and sell it in your hot box as 'authentic Indian curry'."

A third joked: "It's a UFO - unidentified fried object!"

A fourth added: "Might've gotten away with this on the North Shore, but South Auckland?"

Others said it they looked like toasted sandwiches or samosas.

The feedback wasn't all comical though.

A number of people threw their support behind the supermarket's efforts and the fact they've made fry bread available for customers.

Another added: "Ka pai for giving it a crack and making it available. Probably need to lower the price to 50c each but over time I'm sure these will get better."

A third said "10/10 for effort, you may want to lower the price but thanks for adding it to the deli!"

Others pointed out the misspelling of whanau.

Contacted by the Herald, Pak'nSave said the fried bread is a perfect example of the supermarket tailoring its offering to the "specific needs" of the local community.

"Since the Pak'nSave Manukau team started selling this local delicacy earlier this week, it's has been a hot topic of conversation on the store's local Facebook page," Antoinette Laird, Head of Corporate Affairs at Foodstuffs New Zealand said.

According to Laird, the team has taken customer feedback on board and has made adjustments to their recipe.

"With the help of some customer feedback, the team have honed their original recipe, making their Fry Bread bigger, better and fluffier.

"Always keen to learn from the best, the store has also launched a community competition asking customers to send in their own recipes and photos, with local Manurewa Marae deciding the winners of a $200 and $100 Pak'nSave voucher."