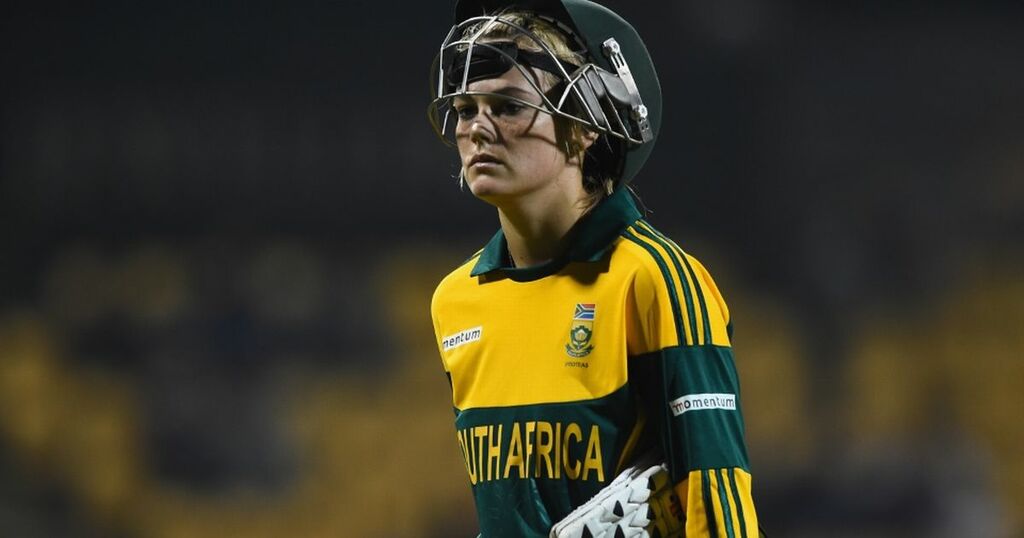 South Africa have suffered a cruel blow ahead of the Women's World Cup with their captain ruled out of the tournament.

Dane van Niekerk, a veteran of 107 ODI internationals for the Proteas - and the leading wicket taker in the last version of the tournament four years ago - has been left reeling after being injured in freakish circumstances.

The 28-year-old was strolling around her home when she slipped over on a wet surface, fracturing her left ankle in the process.

She is now set to be sidelined for three months, and with the World Cup starting on March 4, will be denied a fourth successive appearance at the event.

Van Niekerk has more than 4,000 runs and 200 wickets to her name across three formats at international level, and the news is further soured by her recent formidable form in white-ball cricket.

In the summer, she was the leading run-scorer in The Hundred, averaging 43.16 as she skippered the Oval Invincibles to the inaugural title.

She also struck 356 runs for Adelaide Strikers in the recent Women's Big Bash in Australia, and was set to be billed as one of the star performers in New Zealand.

Selector Clinton du Preez lamented a "massive" blow to the side.

"Losing Dane is massive for the team and the country, we will sorely miss her leadership and all-round cricket abilities. I would like to wish her all the best with her recovery and a smooth and seamless return to the national team," he said.

Proteas team doctor Tshegofatso Gaetsewe added: "As things stand, she doesn't require surgery but will be monitored closely. It's a stable fracture with minimal displacement and her recovery timeline is no less than 12 weeks."

Cricket commentator Aatif Nawaz said her absence was a blow not just to her team, but the World Cup

"Not just for South Africa - but for the tournament as a whole which will now be missing an elite cricketer."

South Africa's campaign will get underway on March 5 when they play Bangladesh in Dunedin.

Ahead of the World Cup however, they are due to warm up by facing West Indies in a four-match ODI series, and have named a 21-strong squad for an upcoming training camp.